A country house hotel surrounded by forest was the perfect setting for these newlyweds. Our WED2B Real Weddings Northampton feature reveals more: 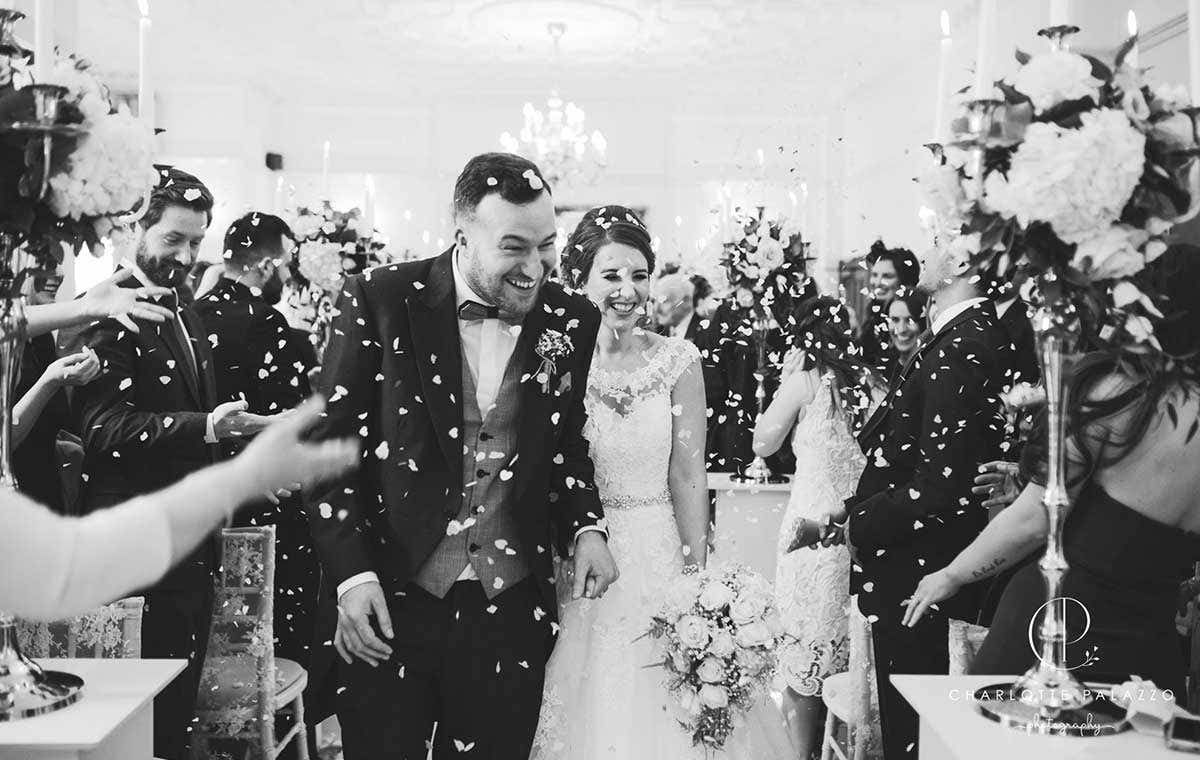 Pete is a doctor and Kirsty is a paediatric nurse, and they first met on a children’s ward at Northampton General Hospital. “Pete took me on a romantic walk in Northampton,” says Kirsty. “I was a bit concerned at first as it looked like we were heading towards a dump, but I was pleasantly surprised and we had an amazing afternoon together.”

Pete proposed on valentine’s Day in 2015. “I was very surprised, as I wasn’t expecting it,” says Kirsty. “We had been together 10 months, and some people would say it was quick but we knew we never wanted to be with anybody else. We were so in love with each other and when you know, you know! Pete got down on one knee and I couldn’t have been happier. He also asked my Dad for permission, which meant a lot to me as I’m very close to my Dad.” 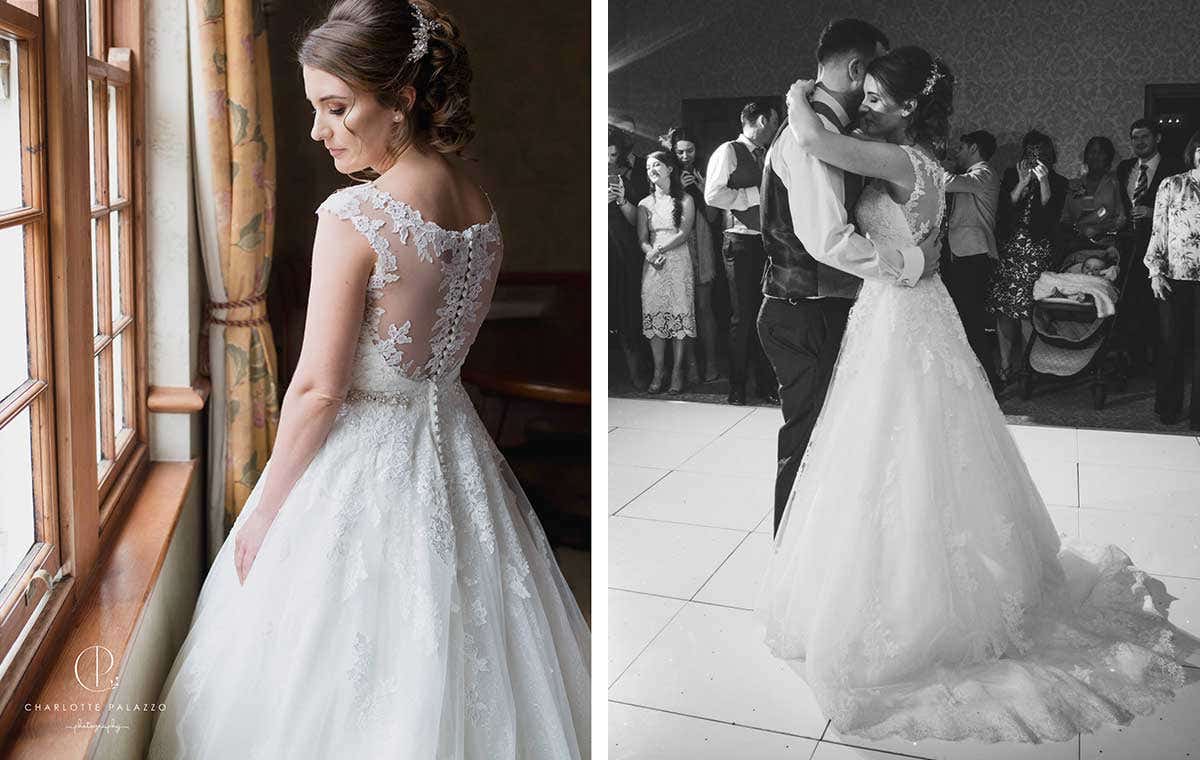 Kirsty visited WED2B’s Northampton store with the couple’s baby boy and her Mum. “We had such a lovely experience,” she's smiles. “The girls were so helpful and made me feel at ease. I didn’t feel rushed at all. Bronwyn was the first dress I tried on and as soon as I did I knew it was my wedding dress. I felt like a princess. I loved the back of dress, it just looked amazing and it suited the venue we got married in too.” Kirsty also added a belt for an extra touch of glitz and wore a WED2B headpiece too. 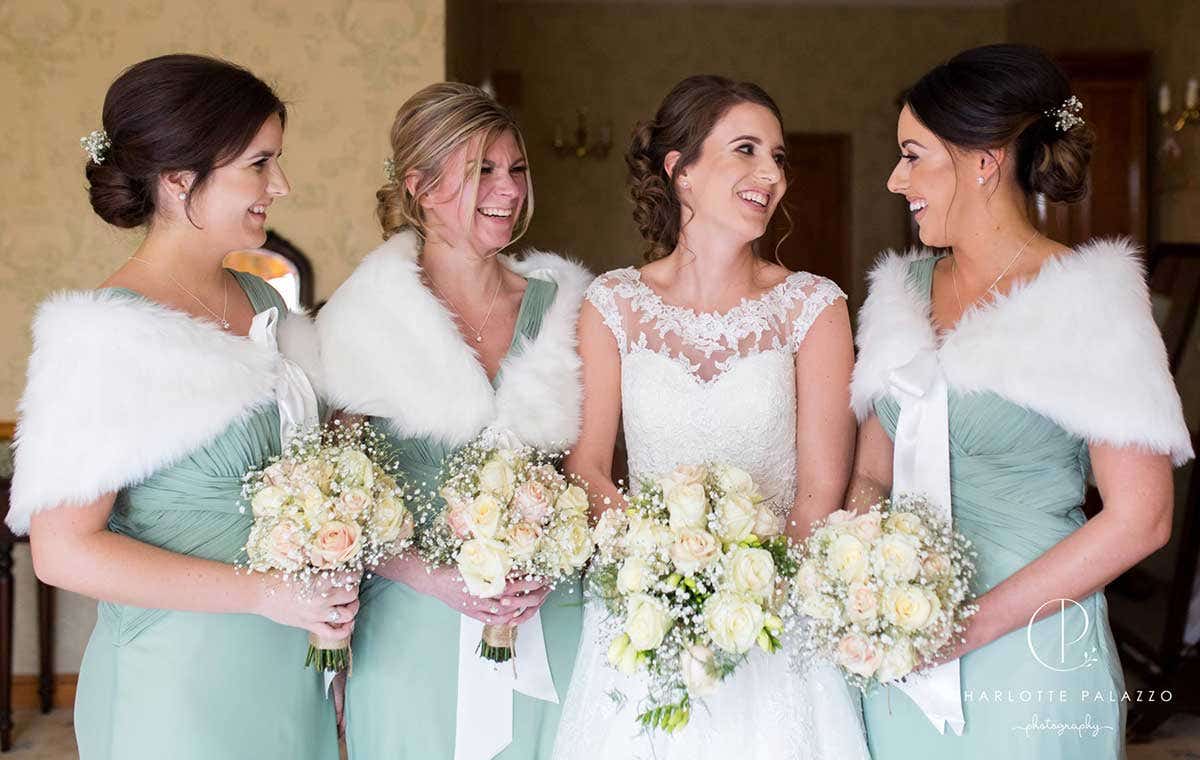 The couple chose Nunsmere Hall near Chester for their venue, a country house hotel in the beautiful Delamere Forest. “When we initially went to look at Nunsmere Hall on a hot Saturday in June we knew straight away this was where we wanted to get married,” says Kirsty.”It’s such a beautiful retreat. The house is stunning and the gardens are breathtaking. The staff were also so kind, friendly and attentive, knew this was our dream venue for our special day.” 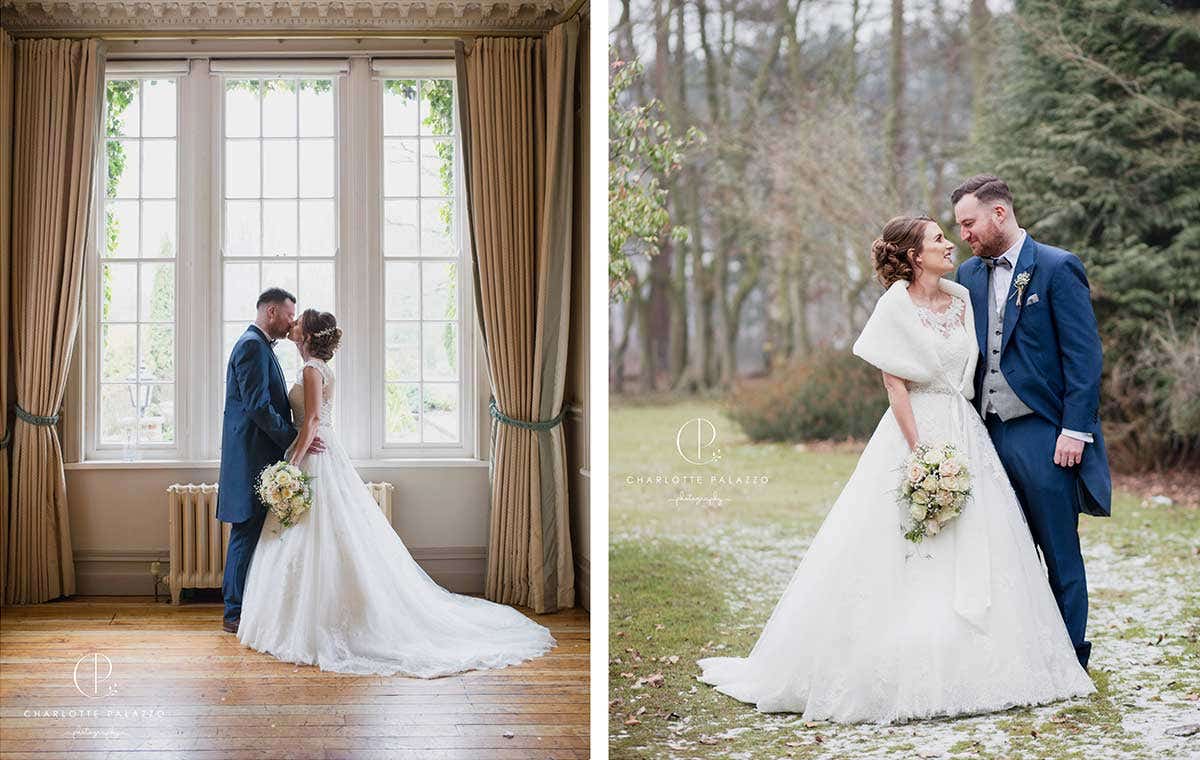 And so the day begins…

The wedding ceremony was held at 2pm. “The ceremony room looked beautiful, I was so happy with how everything we had chosen and planned had come together so amazingly,” smiles Kirsty.  “We had cellists playing and I walked down the aisle to Christina Perri’s ‘A Thousand Years’ with my Dad by my side. My favourite memory during the ceremony was seeing Pete and walking down the aisle to him. It was the best feeling in the world.” The newlyweds walked out with smiles and confetti being thrown to the Beatles’ ‘All You Need is Love’, a nod to Pete’s home town of Liverpool. 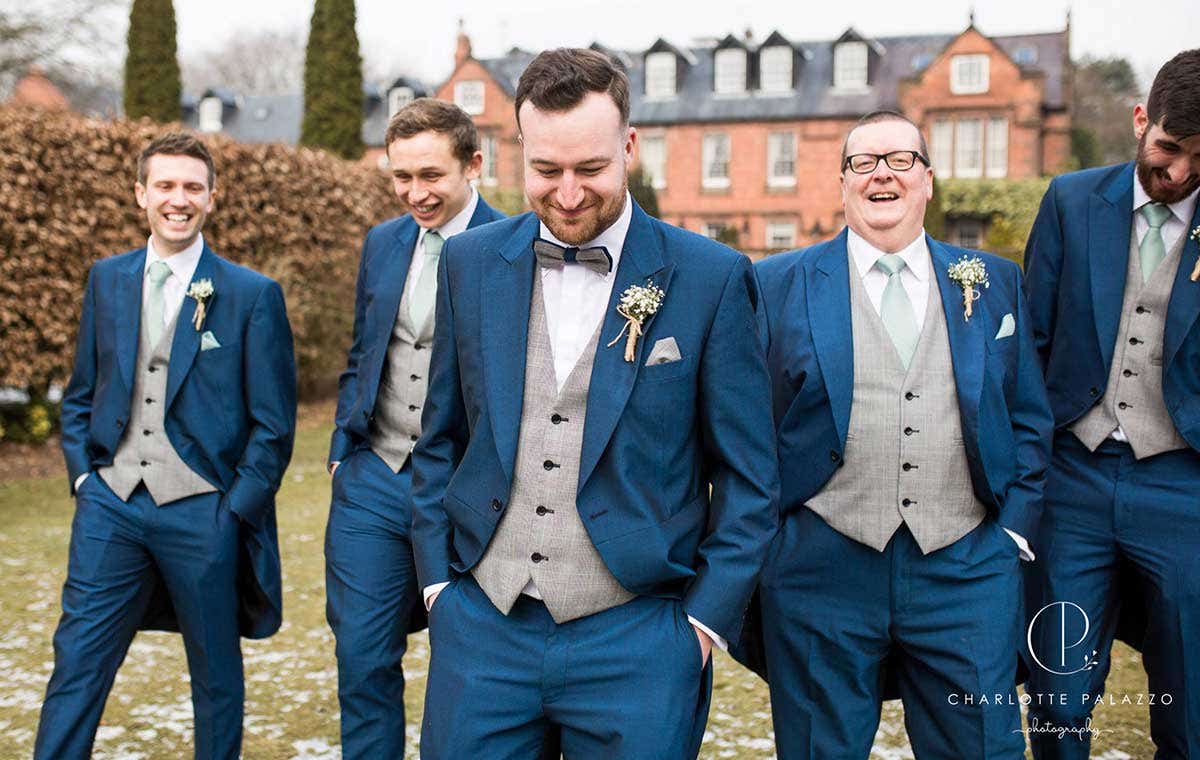 This was followed by a drinks reception and then the wedding breakfast. There wasn’t really a theme but decorations included lots of hessian string, lace and gypsophila. The bridesmaids wore pastel green dresses and the bridal party’s bouquets were full of  ivories, pastel pinks and gypsophila. There were also lace chair covers to match the bride’s lace dress and smart candelabras for the centrepieces. The traditional two-tier wedding cake was made by Kirsty’s Auntie and was royal iced with pale pink iced flowers and a personalised cake topper. 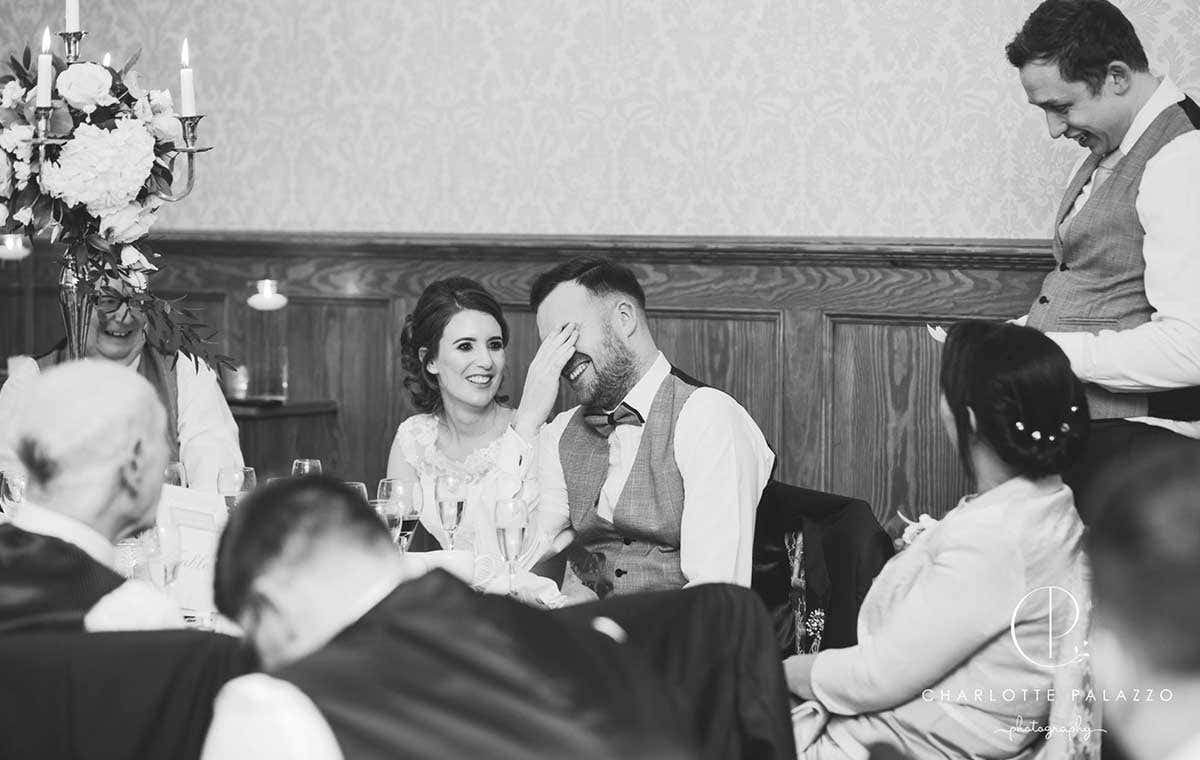 “The speeches were hilarious, everyone was laughing,” says Kirsty. “There was also lots of great dancing and even some singing at the end of the night. It was all so memorable with so many happy and unforgettable memories. But becoming Mrs Fielding and completing our family was the best. I would say to anybody getting married to just enjoy every single moment and take it all in.  Don’t get worried or stressed, because you are getting married in front the people that mean the most to you. I had the most amazing day and it will be a day I will never forget.”

Did your wedding have the wow factor like our Real Weddings Northampton feature? If you would like to be a part of our real weddings feature send your favourite photo to info@wed2b.co.uk and we’ll be in touch!

Wedding Dresses, Designer Anna Sorrano & Brides' Stories
We use cookies on our website to make your experience better. You can click here to update your settings. Otherwise, we'll assume you're OK to continue.