Real Weddings Bolton: Laura and Wayne’s happy ever after

A beautiful wedding day touched by a little bit of Disney magic. Our WED2B Real Weddings Bolton feature reveals more: Laura and Wayne had known each other for a very long time when Wayne sent Laura a message out of...

Laura and Wayne had known each other for a very long time when Wayne sent Laura a message out of the blue. “We met up for a drink and just clicked,” says Laura. “It was a whirlwind from there, and we got engaged six months later in Disneyland Paris!” 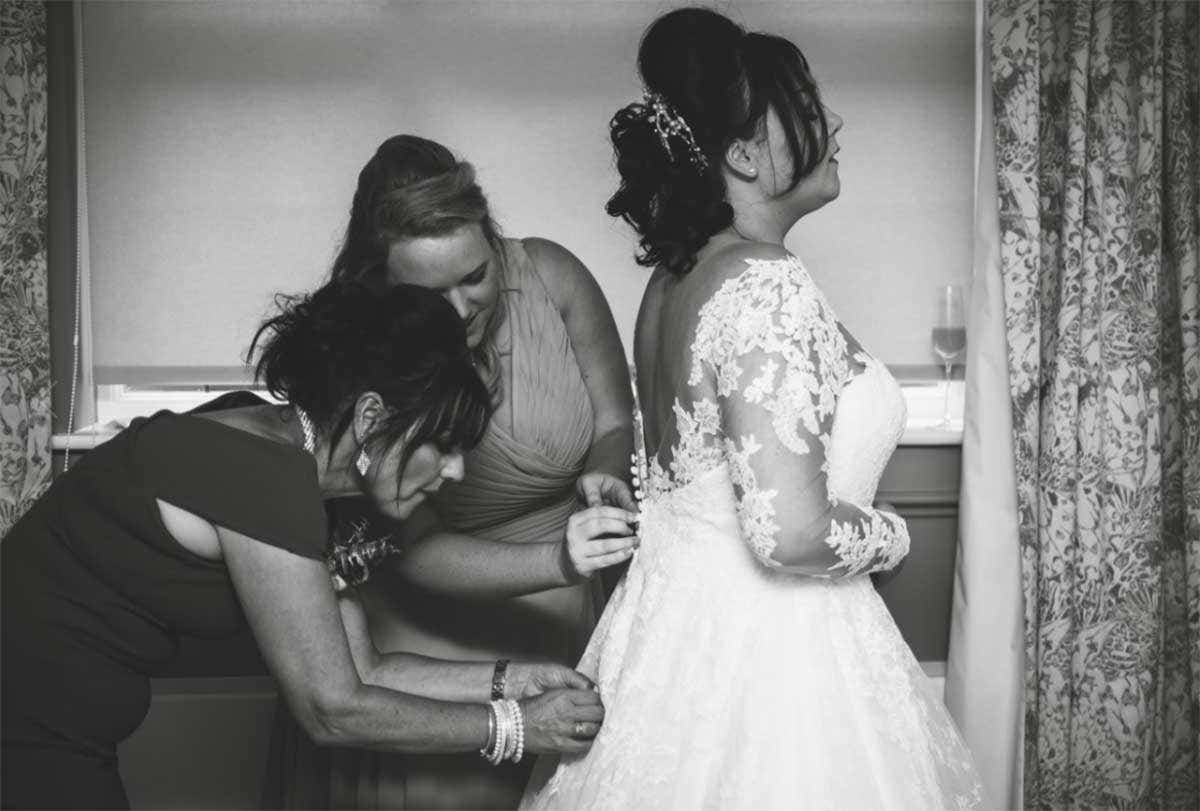 Laura actually bought two dresses from WED2B’s Bolton store. “I originally bought the Allegra in nude,” she says. "Unfortunately, I had to take steroids for a long period of time due to ill health and gained weight and needed to buy a second dress. So luckily I got to ‘say yes to the dress’ again!”

“My store experience was brilliant. The staff totally put me at ease and were very patient with me trying on multiple dresses. I eventually chose the Leah dress, as well as a Pandora belt and Skye headpiece, and it was truly magical. My four-year-old nephew was my ‘ring security’ and one of the first people to see me on the big day. His jaw dropped and he now genuinely believes I’m a real-life princess!” 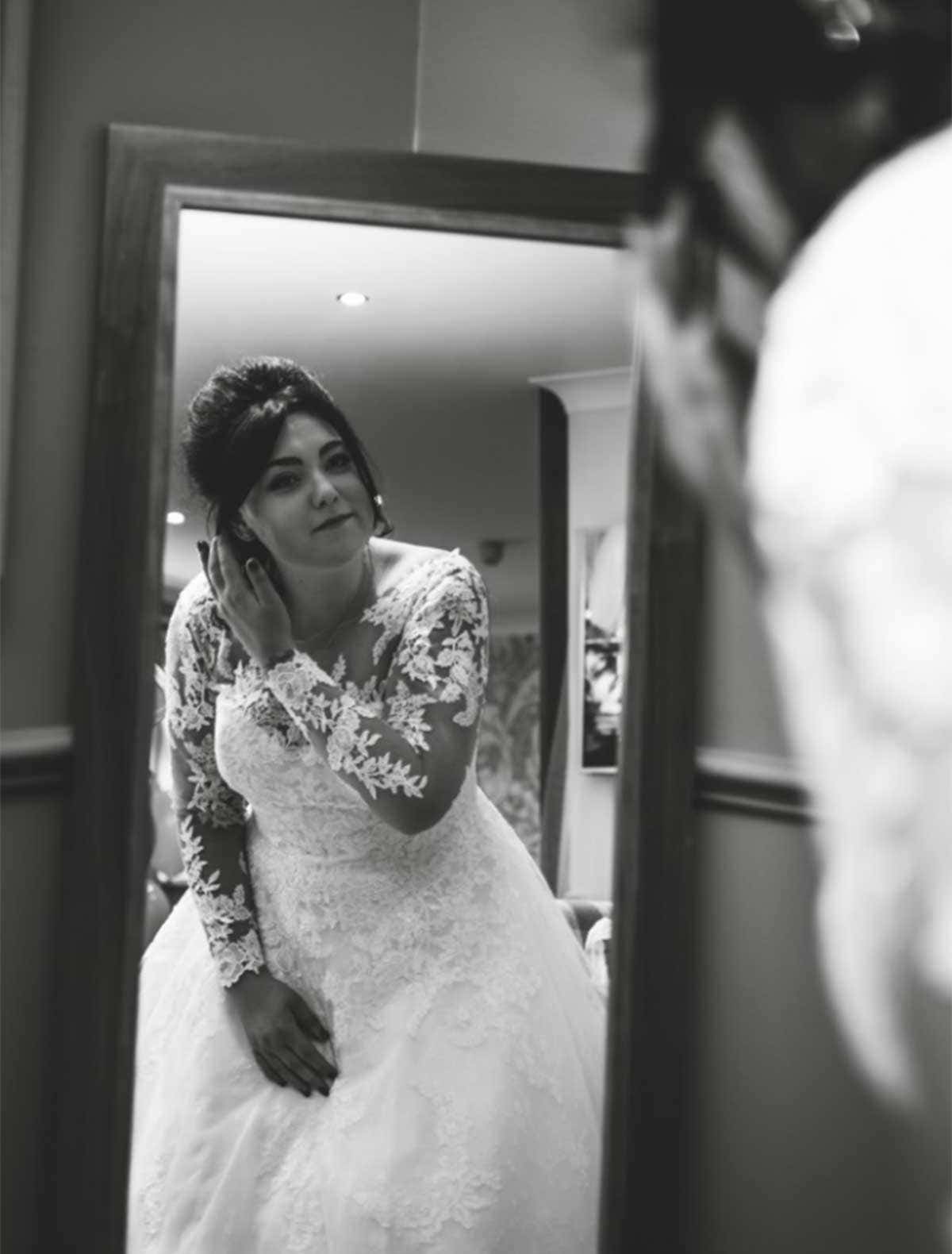 The couple chose The Stanneylands Hotel in Cheshire as their venue. “We’d actually just had a meeting with another venue, which was a little disastrous,” says Laura. “On the drive home we stumbled across The Stanneylands Hotel and they were fabulous. We were given a grand tour of the hotel and the gardens and put totally at ease, so we went ahead and booked. It was about to be refurbished too, which was very lucky. It felt like it was pretty much brand new for our wedding.”

Laura walked down the aisle with her Mum to Céline Dion’s ‘Beauty and the Beast’. “It sums us up with the line, ‘Barely even friends, then somebody bends’, and it’s my all-time favourite Disney film,” she says.“It was the most memorable moment of the whole day and I couldn’t see anyone other than Wayne.”

Afterwards, guests celebrated with a summer berry sour cocktail followed by afternoon tea and nibbles. The theme was ‘Happily ever after’ and Laura did all the décor herself, including the white wish tree centrepieces decorated with butterflies, glass baubles and candles.

In the evening there was a disco with a hot buffet of bacon, sausage and turkey baps, chips and wedges, brownies, lemon drizzle cake, a cheese board and a sweetie table. There was also the four-tier wedding cake. The bottom tier was chocolate with hazelnut soak and Nutella filling followed by vanilla sponge with buttercream and biscoff filling, carrot cake with cinnamon buttercream and then a final layer of coffee and walnut cake. “It was absolutely amazing,” says Laura. 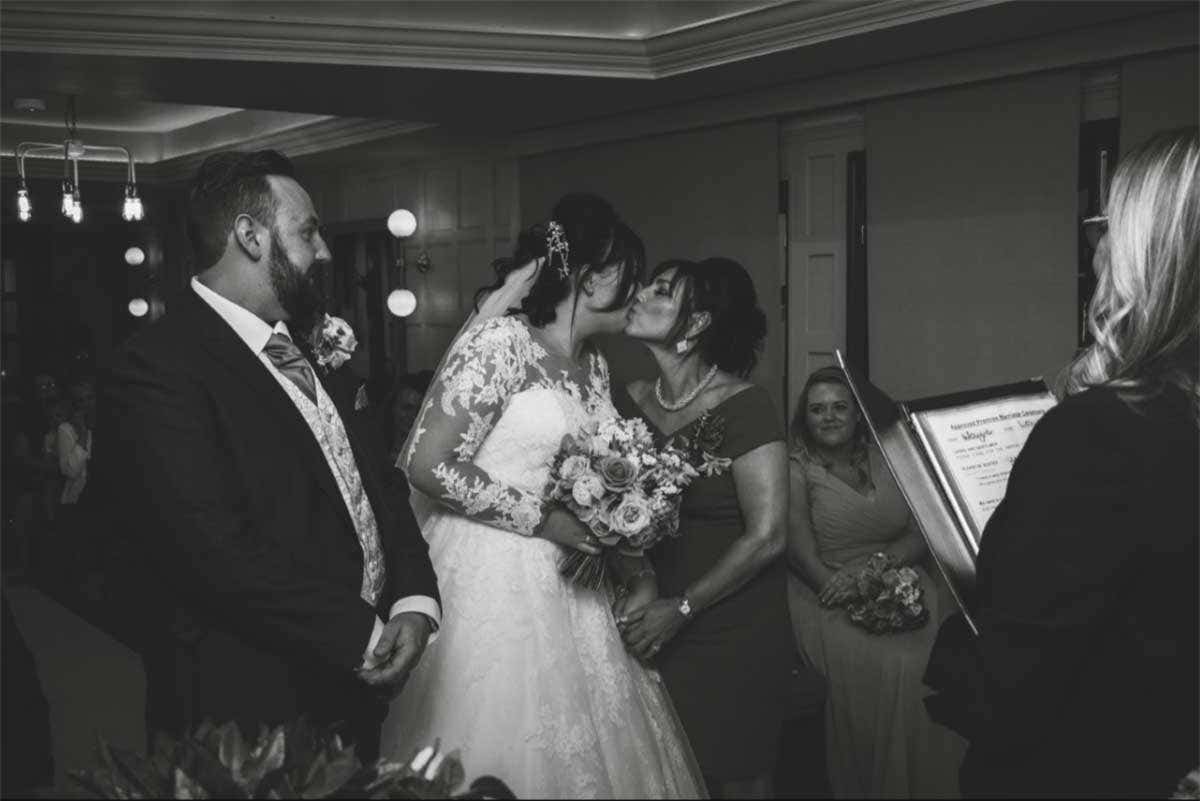 “Stick to what you want and try not to end up with too much on your plate,” says Laura. “Relax, have fun and soak it all in. As our guests were being seated for the afternoon tea we had a drink and five minutes away from everyone. It meant we could catch up on what had just happened.” 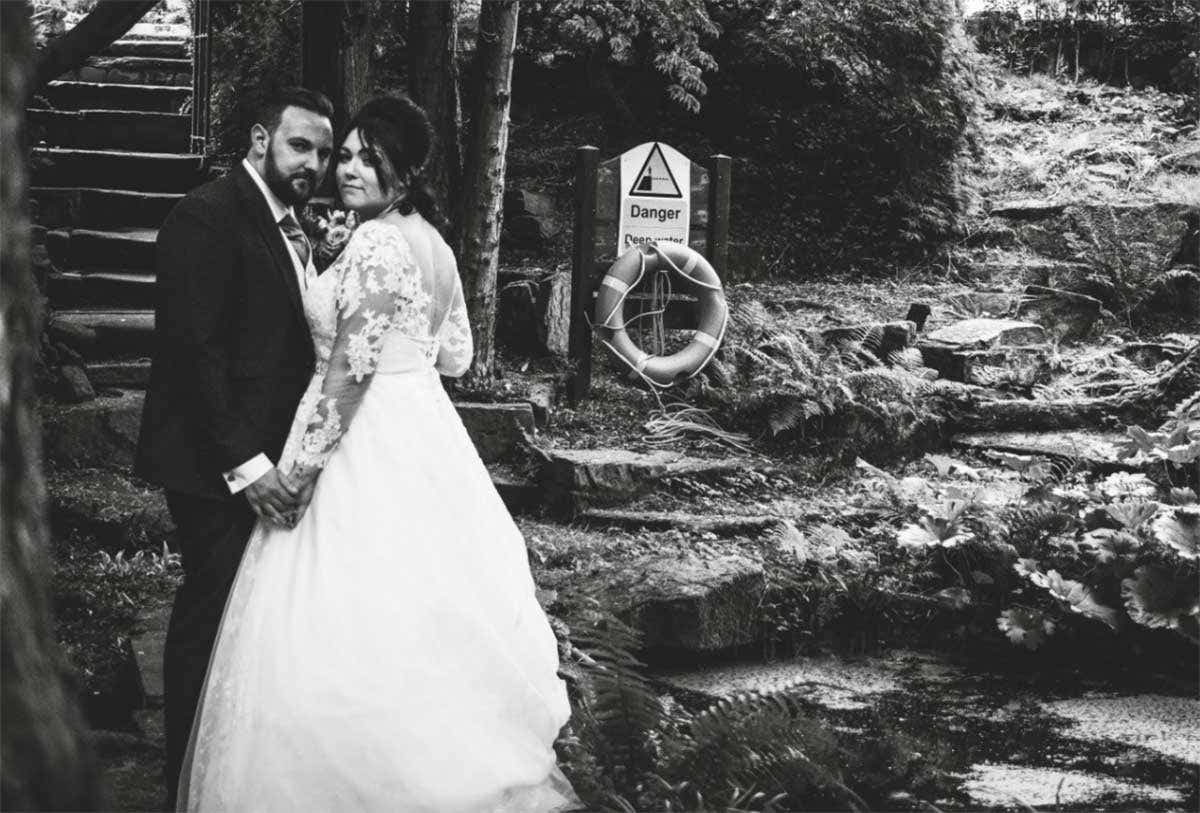 Did your wedding have the wow factor like our Real Weddings Bolton feature? If you would like to be a part of our real weddings feature send your favourite photo to info@wed2b.co.uk and we’ll be in touch!