A lakeside location was the perfect setting for this outdoorsy couple’s big day. Our WED2B Real Weddings Northampton feature reveals more: Zoe and Ben met while they were at school together. “Our first real date was on Valentine’s Day when...

Zoe and Ben met while they were at school together. “Our first real date was on Valentine’s Day when he cooked me dinner and bought me flowers.” smiles Zoe.

Ben proposed while the couple were on holiday in Iceland. “We were visiting a beautiful volcanic crater lake called Kerid,” says Zoe. “While we were walking round the lake he snuck up behind me and called my name. When I turned around he had the ring in his hand and asked me to marry him. I cried like a baby before saying yes! I was very surprised, as he’d never really been interested in marriage and we had been together for six years!” 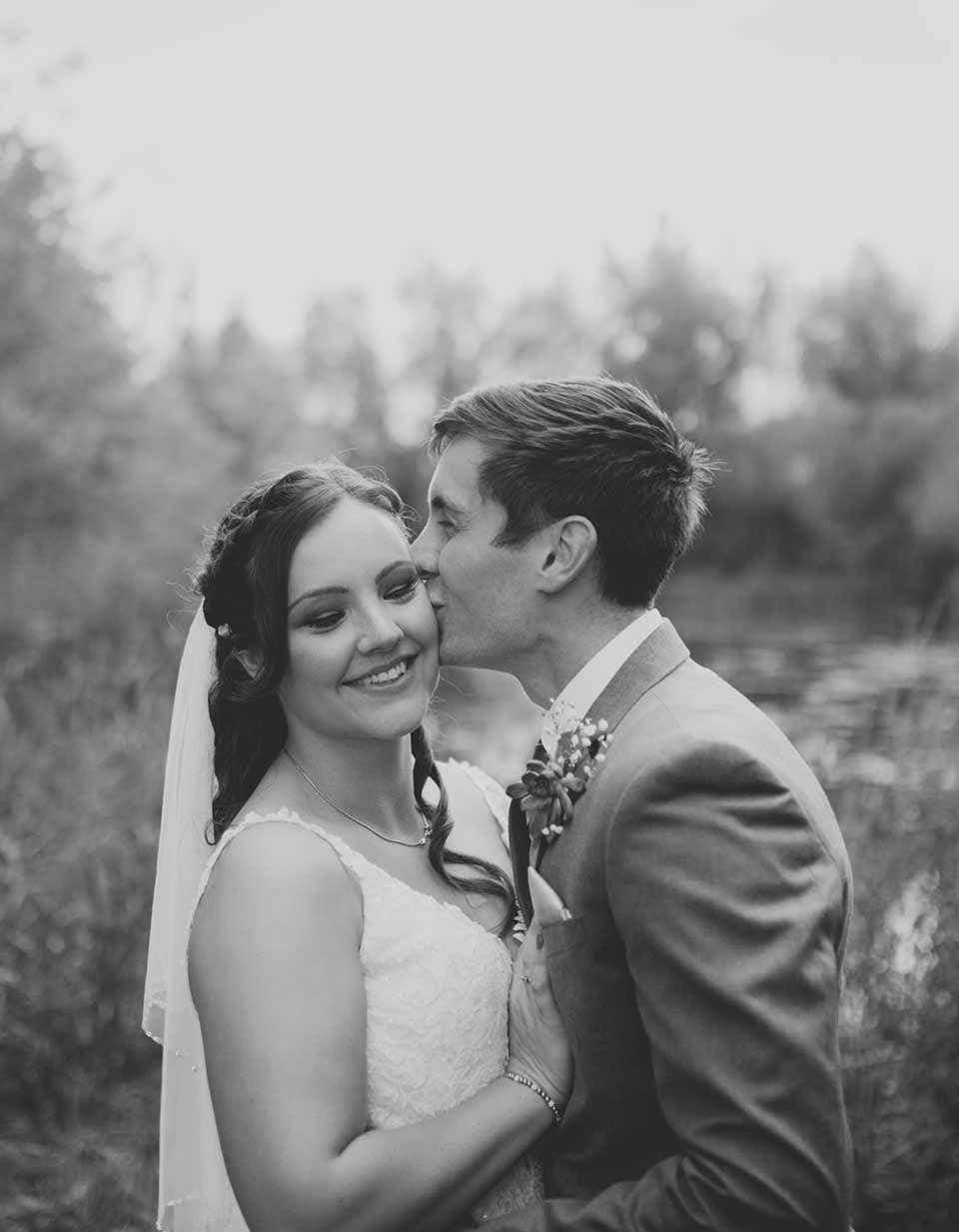 Zoe found her dream dress at WED2B’s Milton Keynes’ store. “The experience was perfect,” she says. “Everyone was so kind and helpful. I loved the relaxed atmosphere and how trying on the dresses worked. There was no time limit so I could try on as many dresses as I wanted without worrying.”

“I tried on beautiful Charlize and fell in love straight away. The back was just perfect, so angelic. It was the first dress that had made me think, 'wow'. I didn’t want to take it off so I knew it was the one! The only accessory I bought to go with it was a veil, as I didn’t want to take any attention away from the dress or cover it up. The veil only stayed on for the ceremony and some pictures before I took it off to show off my dress!”

The couple married outside at Grendon Lakes, in Northamptonshire. “We chose it because we both love being outdoors and dreamt of our wedding ceremony being outside,” says Zoe. “As soon as we saw the lake and where we could get married we both knew this was our venue. The atmosphere was so relaxed and the staff there were very kind and helpful.” 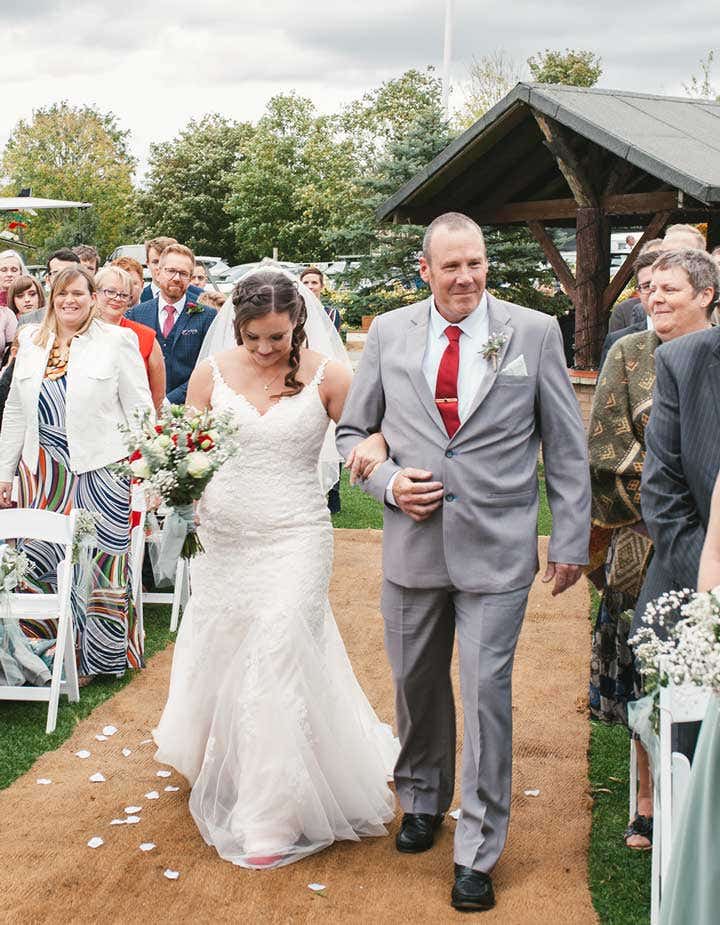 “I was so nervous about the ceremony,” says Zoe. “But speaking to the registrar beforehand I soon realised it would be ok. He said he liked things to be chilled and even told me to try and get a joke in to make our guests laugh! Our ceremony was quick but still perfect in every way. My father, Duncan, walked me down the aisle to a piano version of ‘Yours’ by Ella Henderson. While we were signing the documents my sister-in-law, Eirlys, sang ‘Yours’ and ‘Songbird’ by Eva Cassidy. I then danced back up the aisle to ‘Around the Clock’ by The Rocket Summer, much to Ben’s embarrassment! My favourite memory is my father walking me down the aisle, it meant the world to me. And also when the registrar said, ‘I now pronounce you husband and wife’. It’s the best feeling ever.” 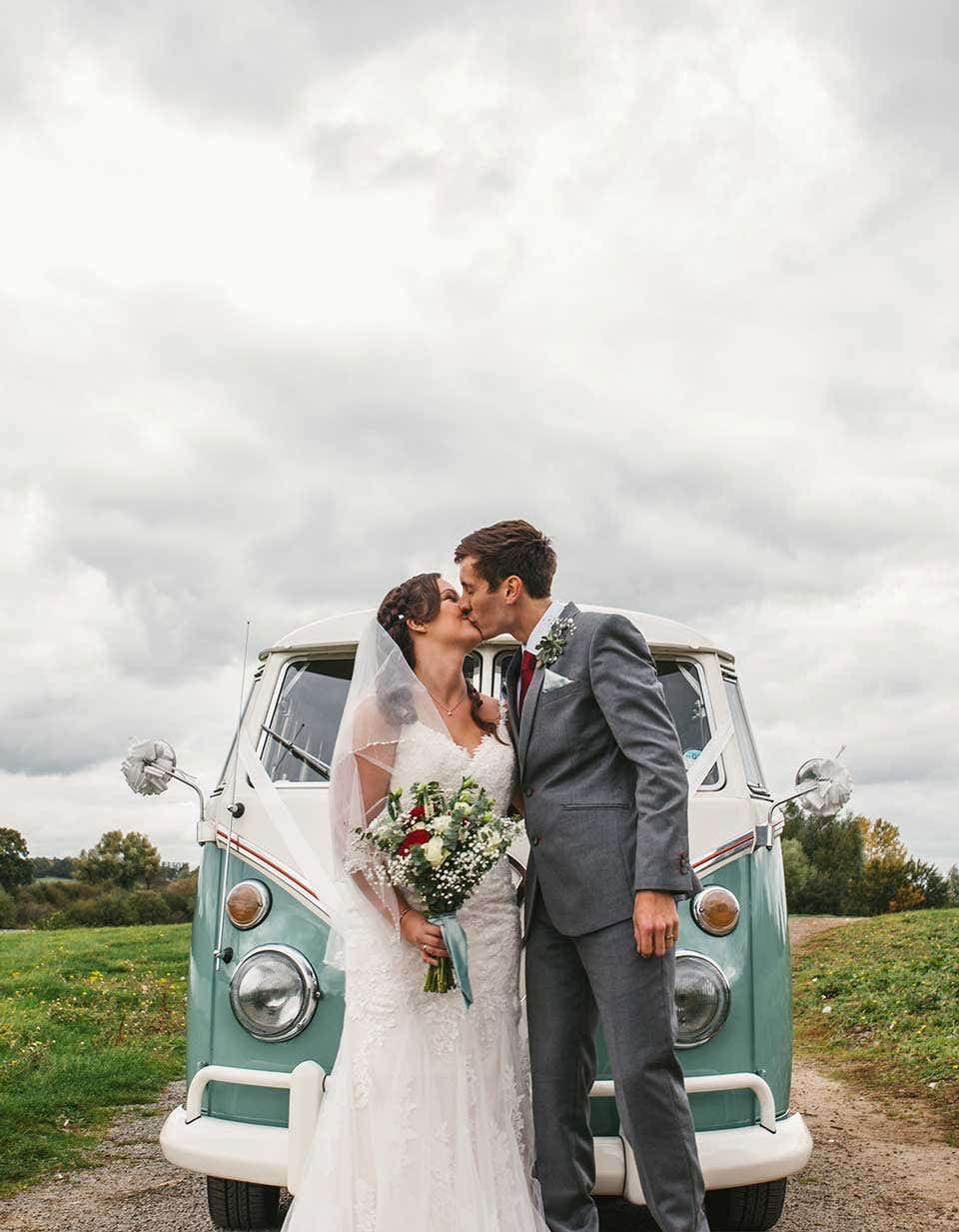 The theme for the day was rustic/vintage and Zoe’s mother-in-law, Jo, and Eirlys were given the job of decorating. “They made the marquee look beautiful with pom-poms hanging from the ceiling,” says Zoe. “Eirlys also made the incredible cake. It looked like bark and had three tiers of chocolate, lemon and fruitcake.”

After the ceremony guest enjoyed Champagne and canapés while the photographs were taken. Then everyone sat down to antipasti followed by the speeches and more Champagne. “We wanted the speeches out of the way to get on with the celebration,” says Zoe. “Afterwards guests were able to get up and chat while my father-in-law’s wood-fired pizza van business, Pizza of Dreams, served out the most delicious pizza ever!”

In the evening a singer called Louise Harper did a set. “She has an incredible voice and really got the party going,” says Zoe. “We then cut the cake and had our first dance. The rest of the evening then consisted of lots dancing – Louise and the DJ made sure of it!”

“The first dance was one of the most memorable moments,” says Zoe. “It was when it hit me how lucky I was that I could now call the man of my dreams my husband. Looking around and seeing all my family and friends together also made me realise how incredibly lucky I am to have such an amazing crowd of people around us.”

Did your wedding have the wow factor like our Real Weddings Northampton feature? If you would like to be a part of our real weddings feature send your favourite photo to info@wed2b.co.uk and we’ll be in touch!