A couple of big surprises made this couple’s wedding day extra memorable. Our WED2B Real Weddings Swindon feature reveals more: Allanah and Ben met at a local bar and it was pure luck that Allanah stopped to talk to her...

Allanah and Ben met at a local bar and it was pure luck that Allanah stopped to talk to her future husband. “I was out with my girlfriends,” she says. “I had spoken to one of his friends earlier but as I was walking past to head outside something made me turn round and go and talk to Ben properly. Now, three and a half years later, we’re married with our first baby on the way!”

Ben still hasn’t asked Allanah to marry him, despite having already said his vows! “My Dad works in China, so he did ask my Dad over the phone, although it didn’t go quite to plan and ended up being by text,” she's laughs.” We chose the ring together and after a lovely Thai lunch in his home town of Brighton I just slipped the ring on myself!” 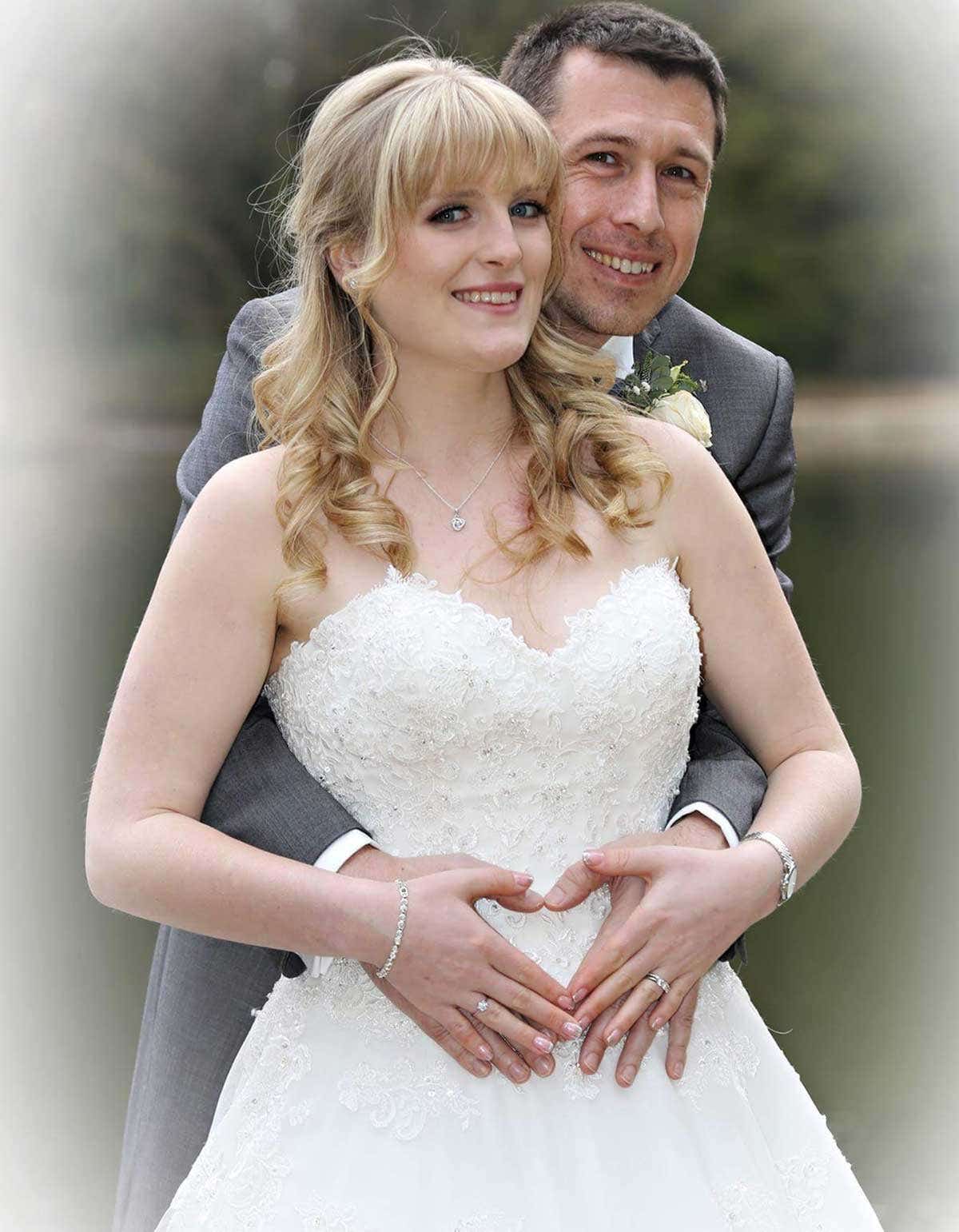 Allanah bought her Emmy dress the day after she got engaged at WED2B’s Swindon store. “The service was so good and the staff were very helpful,” she says. “I was 15 weeks pregnant when I wore it, but I felt a million dollars. I actually tried it on in a smaller size and it didn’t fit me as well, so I’d settled on the Bronte. Then my Mum persuaded me to try Emmy in a larger size, and I fell in love! Mum just cried when the curtain was pulled back and that was it, I didn’t want to take it off.”

The couple chose Stanton House Hotel, near Swindon, for their wedding venue. “I’d organised a family party there before, so I knew it was a lovely,” says Allanah. “Initially it was just going to be a small wedding of around 20 people. After an hour with the wedding co-ordinator we’d settled on the Platinum package for up to 120 guests! It took just over 10 weeks to plan the whole wedding. So when we realised the venue was free on the date we wanted we just booked it.”

A day full of surprises 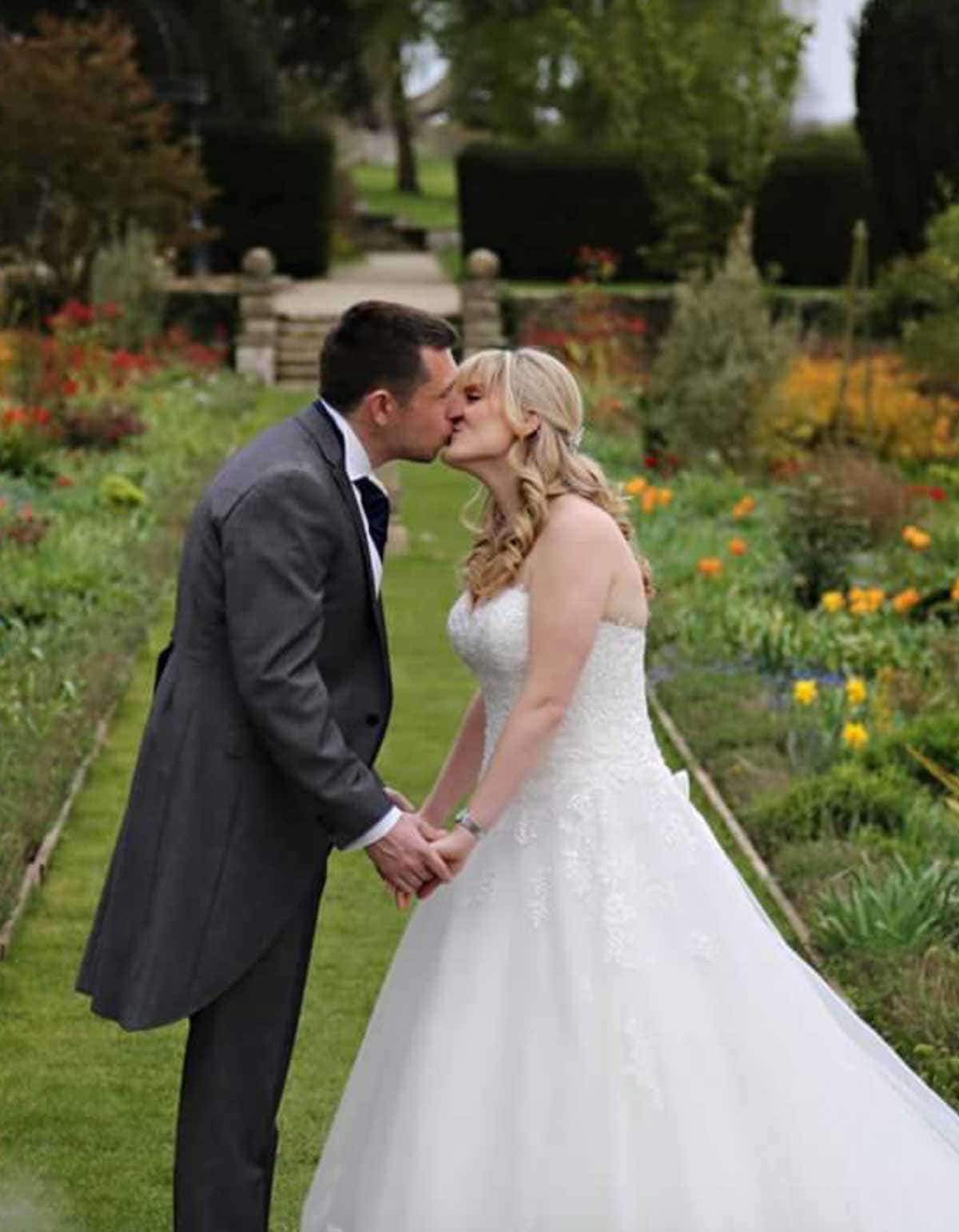 On the day Allanah planned a big surprise for her guests and her groom. “I sang our entrance song and the only people that knew it was happening were my Mum and Dad, and my two bridesmaids,” she smiles. “As the doors opened and the guests stood to welcome us I sang ‘Make You Feel My Love’ by Adele. It was the most emotional, nerve-wracking experience, and so wonderful to be able to give such a precious memory to my husband and wedding guests. This has to be my favourite memory!”

After the ceremony there were photos and speeches before the wedding breakfast. The theme for the day was shabby chic and the tables were decorated with bird cages filled with fresh flowers. In the evening the walls were covered by a black backdrop with small LED lights and there was also a white, sparkly dance floor. “The room did look incredible,” says Allanah. 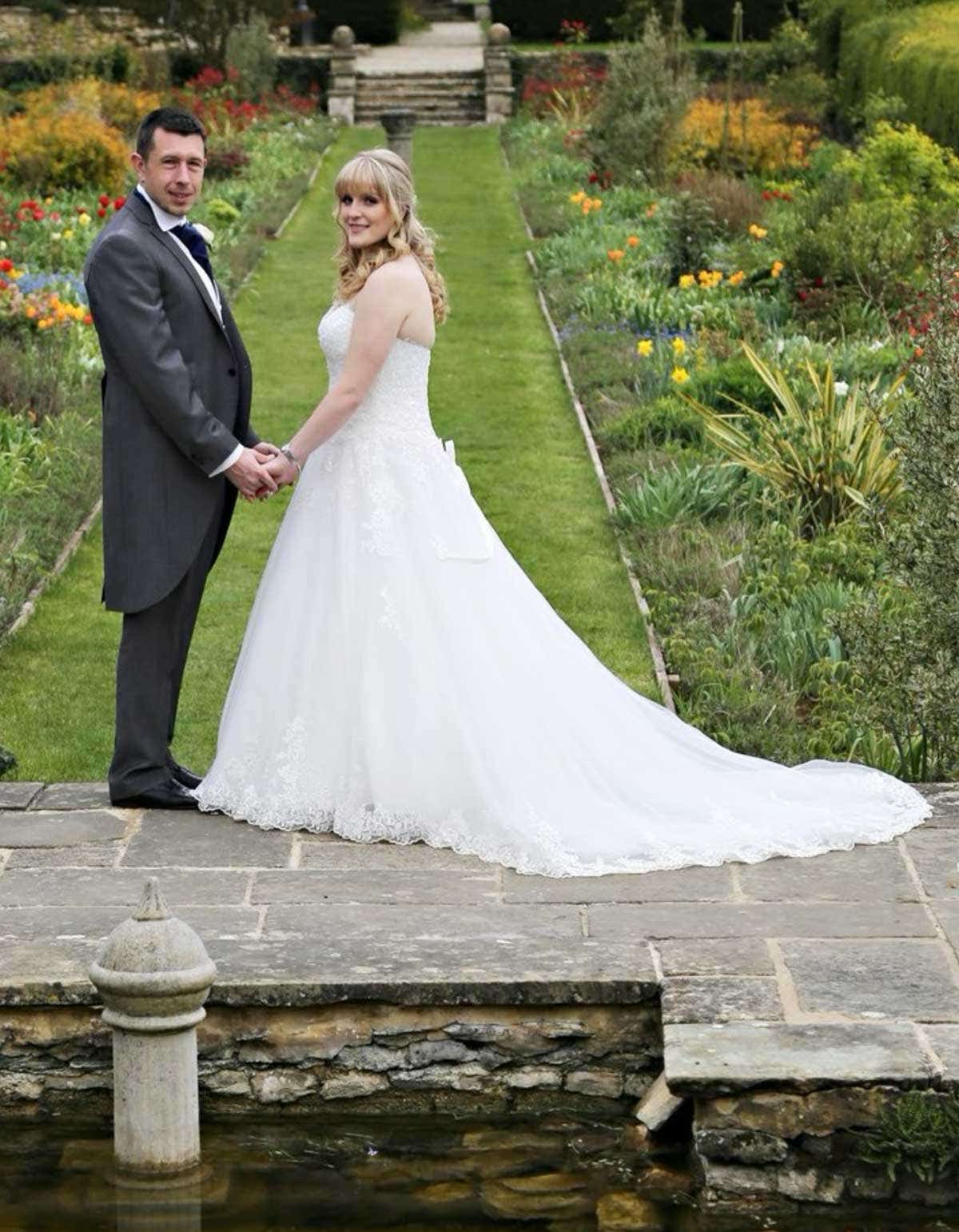 The couple decided to announce that they were expecting a baby at the reception. “No-one knew, it was top secret!” smiles Allanah. “We had little business cards printed with the scan photo on them and the due date. They were in envelopes for each guest, with a note saying not to open until instructed. At a certain point in Ben’s speech he asked guests to open them. It was a truly lovely occasion and the most memorable moment – and now I didn’t have to fib about not drinking on my own wedding day!”

Did your wedding have the wow factor like our Real Weddings Swindon feature? If you would like to be a part of our real weddings feature send your favourite photo to info@wed2b.co.uk and we’ll be in touch.