Guests from all over the world joined in with the singing and dancing on this couple’s magical wedding day. Our WED2B Real Wedding Normandy feature reveals more: Kimairis, an American Peacebuilding NGO worker, and Bertrand, a French diplomat, were set...

Guests from all over the world joined in with the singing and dancing on this couple’s magical wedding day. Our WED2B Real Wedding Normandy feature reveals more:

Kimairis, an American Peacebuilding NGO worker, and Bertrand, a French diplomat, were set up by a mutual friend while living in Nigeria. The couple had already made plans to marry when Bertrand formally proposed while the couple were hiking the Camino de Santiago de Compostela in Spain in May 2017. “We were then married civilly at the French Embassy in Abuja in Nigeria in June 2017,” says Kimairis. “Afterwards we began planning our religious marriage at Bertrand’s family home in Normandy, France, for 21st July 2018.” 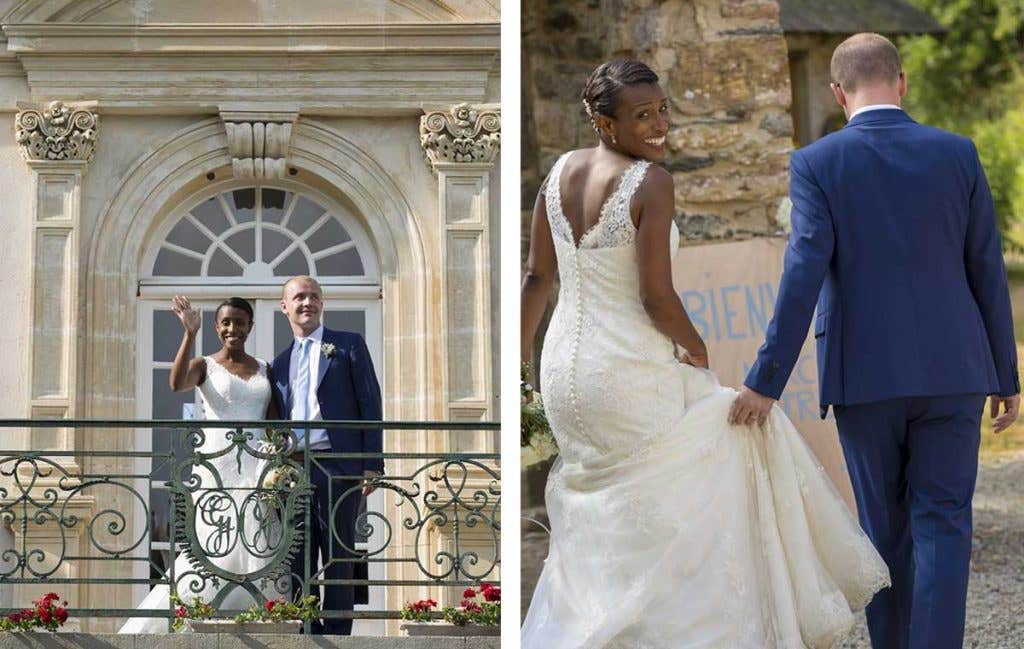 Kimairis headed to WED2B’s Bromley store to find her dress. “I first went in January 2018 with a friend who was getting married,” says Kimairis. “She found a dress the same day and I was impressed by the WED2B concept. We moved from Ethiopia in August 2017. I always wanted to go when I was in London but never found the time. Less than a month before the wedding I happened to be in London for work, so I took the chance and went to the store. There was a young Somali woman who helped me pull the dresses from the racks (I remember being nervous and talking about living in East Africa, which is how I got to know she was Somali) and Hannah was the assistant who helped me into the dresses in the dressing room.” 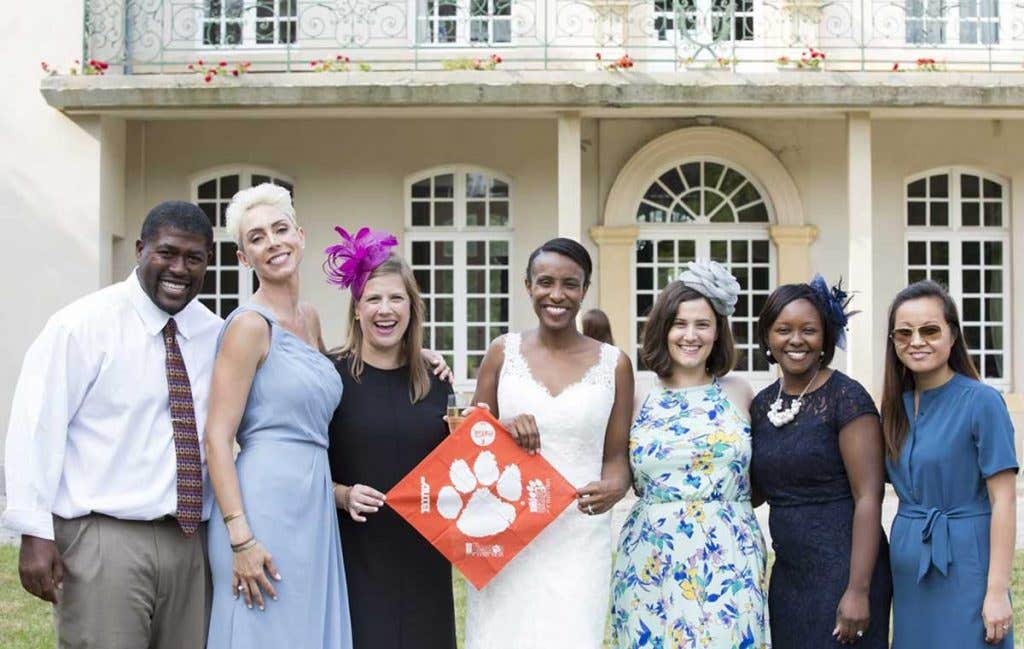 “I loved Anna Sorrano’s Callista dress the moment I put it on,” says Kimairis. “It was extremely comfortable and the perfect length and size. The lace design was gorgeous and, since the dress needed to make it from the UK to France, the material was perfect for my occasion. I promised Hannah that I would thank her for making my ‘emergency purchase’ an amazing experience. It was wonderful from beginning to end!” Kimairis also wore earrings that her mother had given her when she graduated from her PhD and a ‘Tiger Rag’, a bright orange cloth with a tiger paw on it, which was borrowed from a university friend. 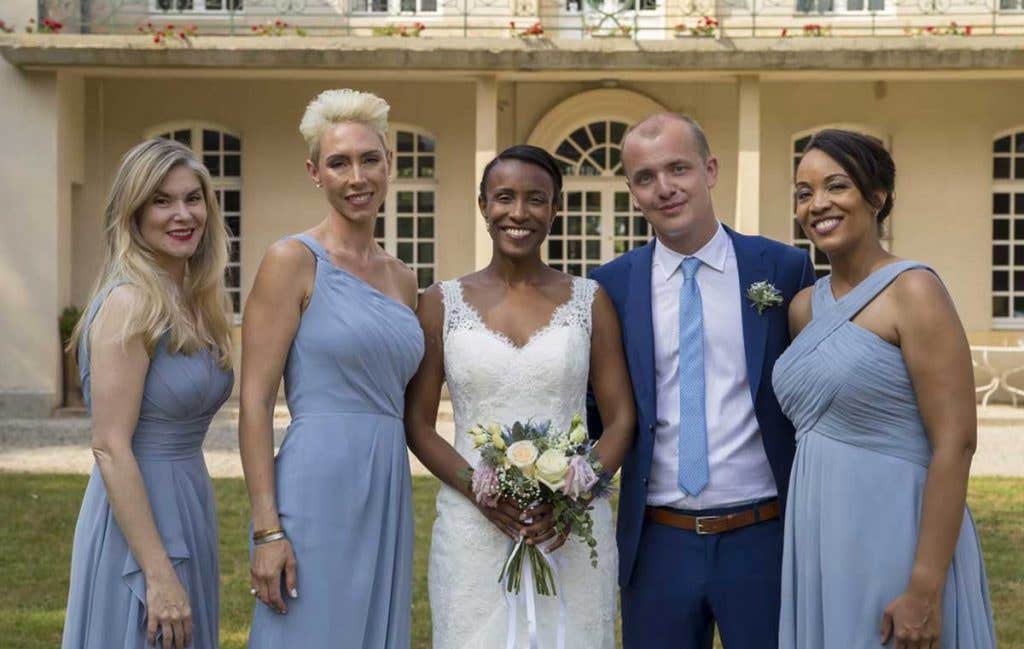 The couple married at Chateau d’Amigny, a castle belonging to Bertrand’s family, in a little village in Normandy. “We wanted to pick a place that had a special meaning for us and this home was where Bertrand spent many of his childhood summers and where other family members have also married,” says Kimairis. 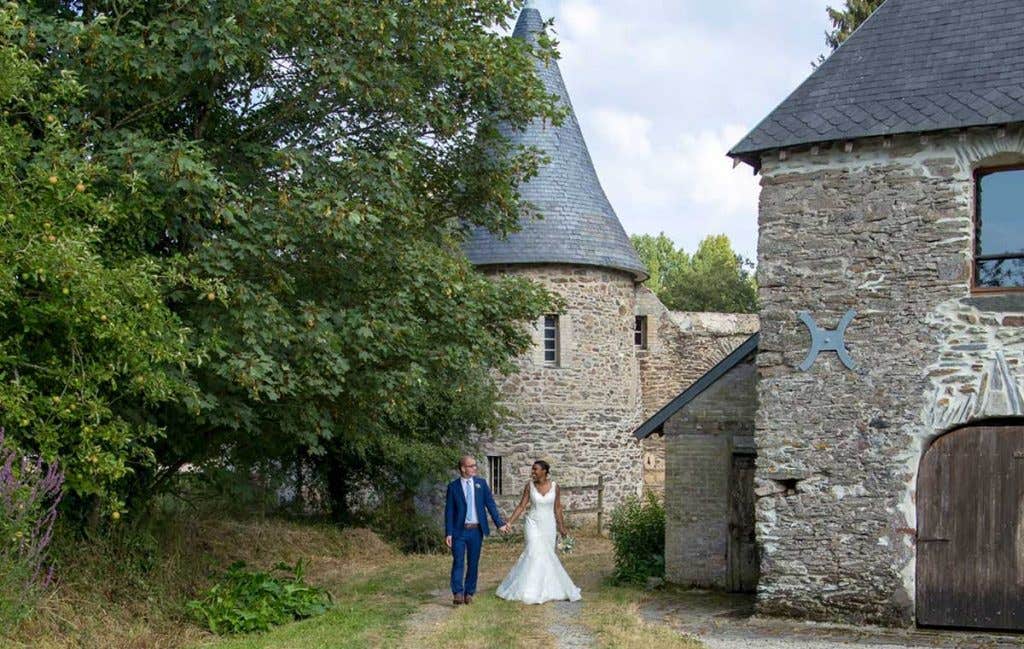 The ceremony was held in the church in the same village as the castle. “We had a blended Catholic-Baptist ceremony with readings and songs in English, French, Latin and Hausa. In honour of our time and civil marriage in Nigeria,” says Kimairis. “There was a priest leading the ceremony but there was also a Baptist Pastor facilitating parts of the wedding, which was in both English and French.” 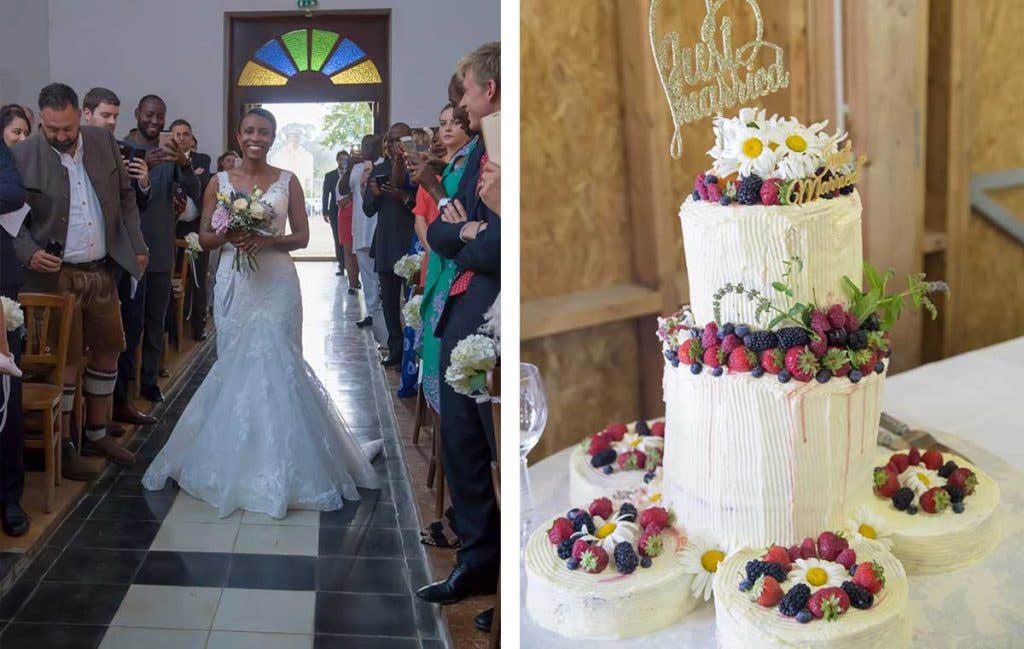 After the ceremony guests enjoyed cocktails in the gardens of the castle until 6pm, when people sat down for the wedding breakfast. “We didn’t have a theme but the colours were dusty/light blue, navy blue and champagne,” says Kimairis. “We had a lovely friend from Nigeria who came to France for the wedding. He’s a baker and made a cake for our civil wedding and he graciously offered to prepare our wedding cake too, which was beautiful and delicious.”

“Franco-American wedding traditions are very similar, except that Bertrand’s family is very musical,” says Kimairis. “Therefore, where there would normally be toasts, there were songs and performances, which was an amazing treat for all of the non-French guests attending the wedding. We also had other friends from Nigeria who decided that they wanted to sing too, and that was a special treat for everyone as well”. There was also a band who played francophone African music during dinner. Afterwards, for the evening party, they played Tina Turner, Aretha Franklin, Stevie Wonder and more to get everyone dancing. 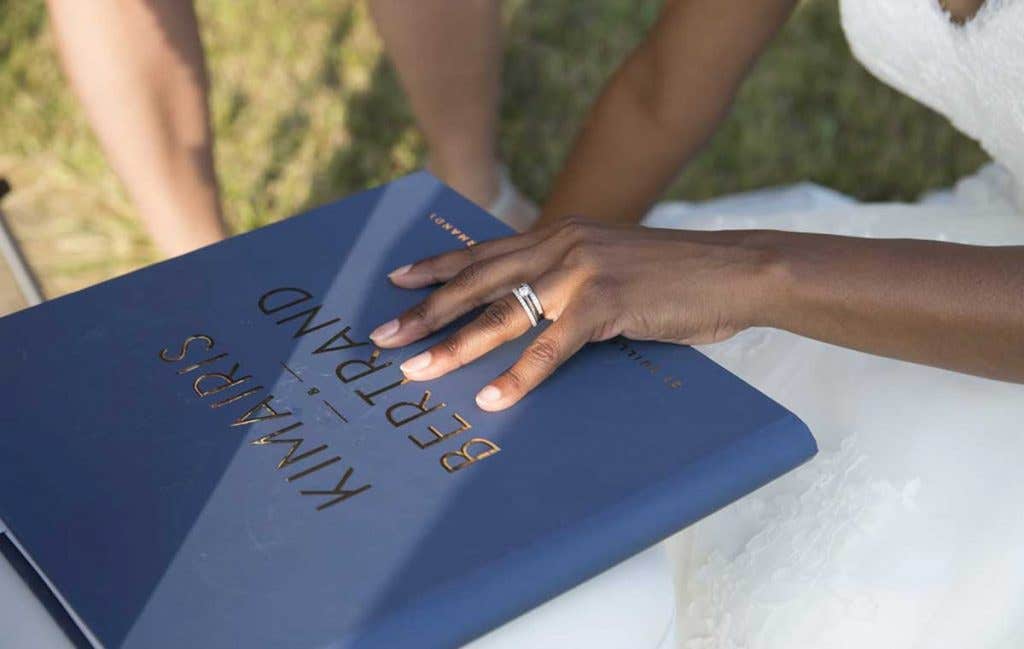 Part of the family

“Bertrand’s godmother gave me a beautiful ring that has been in the family for over 100 years,” says Kimairis. “It has the family crest on it and is to be worn on a pinkie finger. This was a wonderful gesture. The ring symbolised more than just a family heirloom to me but meant that I was truly a member of the family.”

Did your wedding have the wow factor like our Real Wedding Normandy feature? If you would like to be a part of our real weddings feature? Send your favourite photo to real.bride@wed2b.co.uk and we’ll be in touch!