Relaxed, natural and summery were the key themes for this couple’s fun hotel wedding. Our WED2B Real Weddings feature reveals more: Matt and Sally first met through friends at the Black Sheep Bar in Croydon. “I spotted him through the...

Matt and Sally first met through friends at the Black Sheep Bar in Croydon. “I spotted him through the crowds and instantly fancied him!” she says. “I joked with my friends that I would make him my boyfriend one day, and eight years later we’re happily married!” 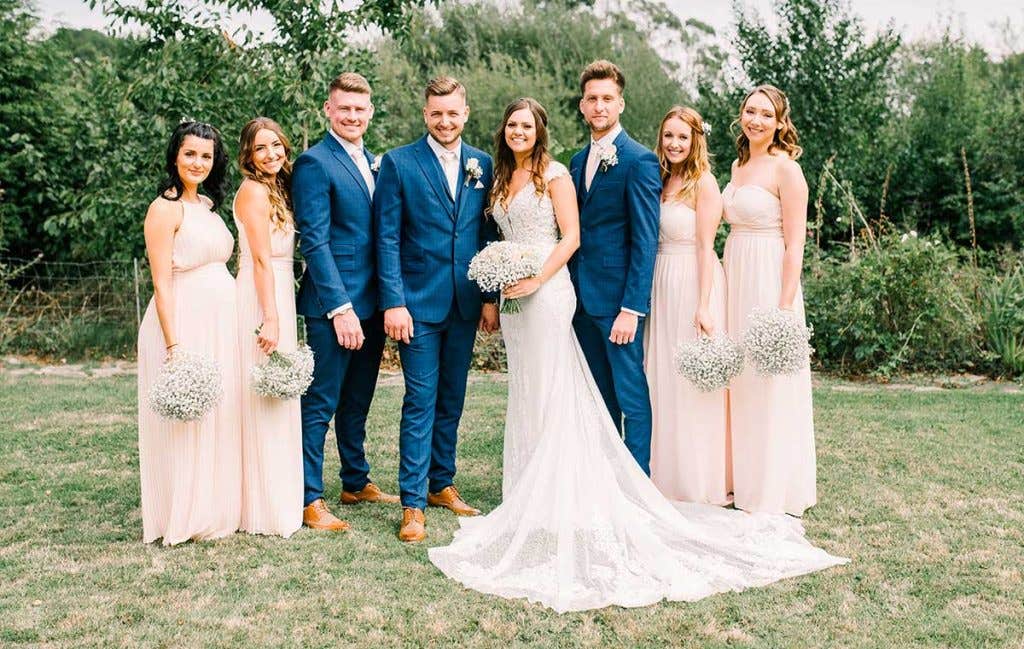 Matt proposed in July 2013, while the couple were on holiday with friends in Cala Dor, Majorca. “We had spent the day lazing around the pool and decided – with some gentle persuasion from Matt - to treat ourselves to a fancy dinner at Cala Dor Yacht Club in the marina,” says Sally. “When we arrived we were led to our table, which was beautifully laid out and situated right next to the infinity pool, looking out over the marina. We took our seats and ordered food and drinks from an amazing menu, while listening to a live band playing. When our food arrived Matt began to eat but quickly gave up and said he'd had enough, which was very unusual considering how much he loves his food.” 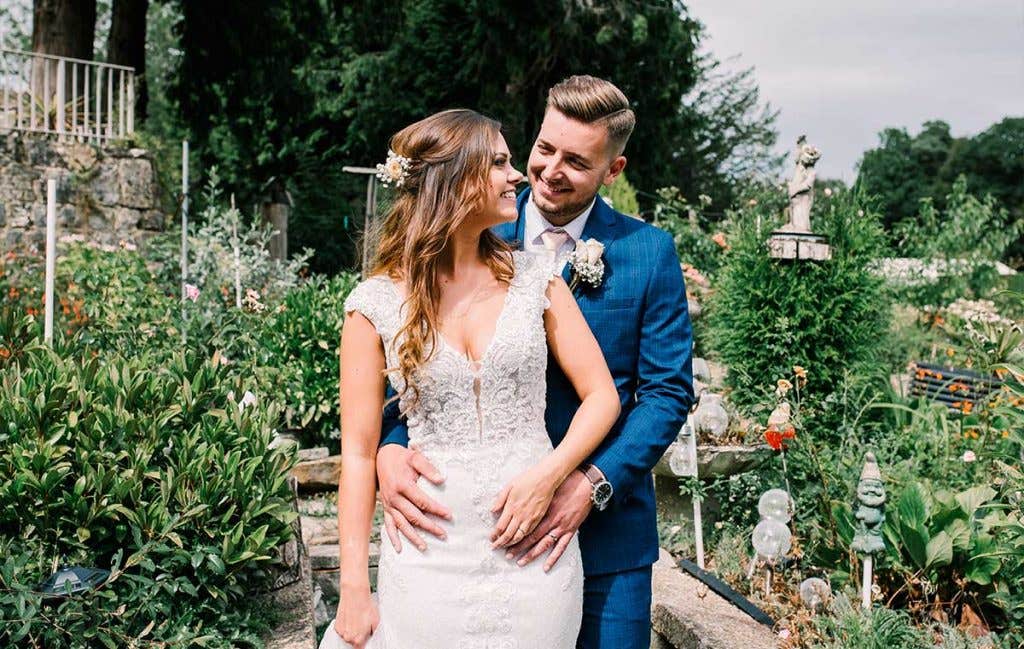 “After everyone had finished eating, Matt announced that he had something to tell us all,” says Sally. “He stood up and shoved his hand down the front of his shorts and pulled out a ring box (he later explained that he had nowhere else to put it!). Then he got down on one knee and asked me to marry him and I said yes! I was over the moon, everyone in the restaurant cheered for us and bottles of prosecco arrived at our table. When we watched the video back we also noticed that the band were playing Ben E King’s ‘Stand By Me’ when he proposed, and this became our first dance song.” 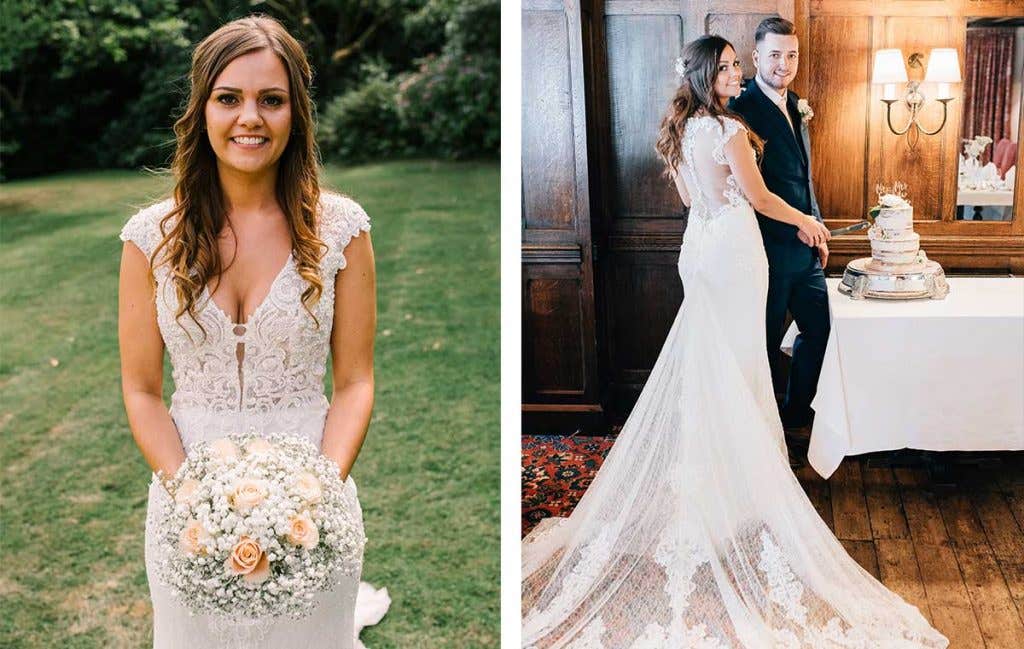 “Four years later, my Mum and I were having a girly weekend away when we decided it was about time I tried on some wedding dresses,” says Sally. “We visited WED2B in Brighton Marina and I tried on about seven dresses. Unfortunately, I didn’t like any of them. Just as we were about to leave, the sales advisor said she had a new dress that had just arrived, which she thought I should try. It was Eleni and I fell in love with it before I’d even done it up. It was lacy and detailed with a beautiful open back and long detailed train. As soon as I put it on I knew it was 'The One’. It was so flattering and comfortable and perfect for our relaxed, summer wedding. I sent photos to my bridesmaids and they instantly agreed, so we bought it there and then.” 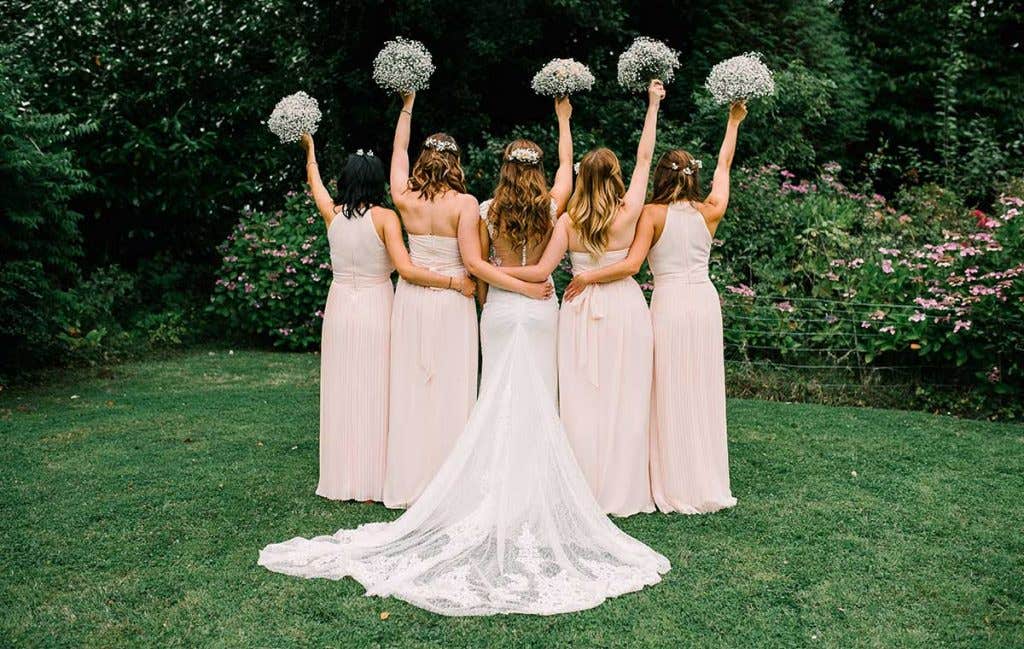 The couple married on Saturday 11th August 2018 at the Roebuck Hotel in Forest Row. “I originally visited with my Mum before taking Matt with me to confirm it was the hotel wedding venue we wanted,” says Sally. “It was homely, had a beautiful garden and the staff were so welcoming. We had the ceremony room and the garden for the entire day and evening. A hotel wedding is also great as we got to spend the night there, along with lots of our guests. Then we all had a lovely breakfast the next morning, which was much needed to cure our post-wedding hangovers!” 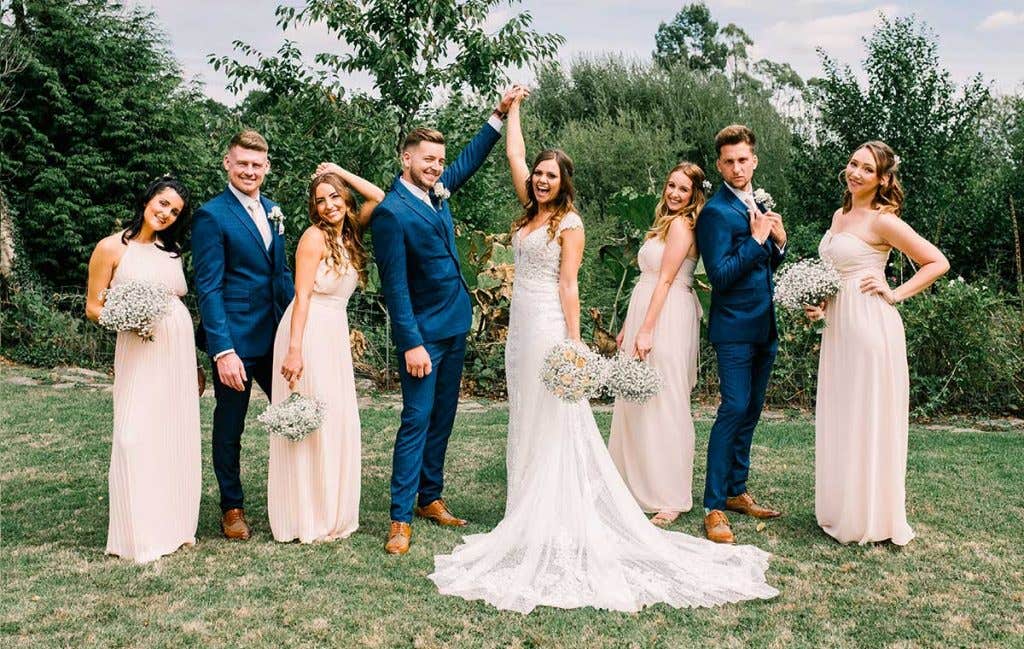 The look for the day was very natural and summery. “We opted for a nude pink colour scheme, with peach roses and white gyp for our flowers,” says Sally. “We kept the decorations minimal with white drapes and simple white fairy lights. I made most of our decorations myself, as I’m quite creative and we were on a tight budget. There were also flip flop gifts, hangover packs and a sweet table too.” 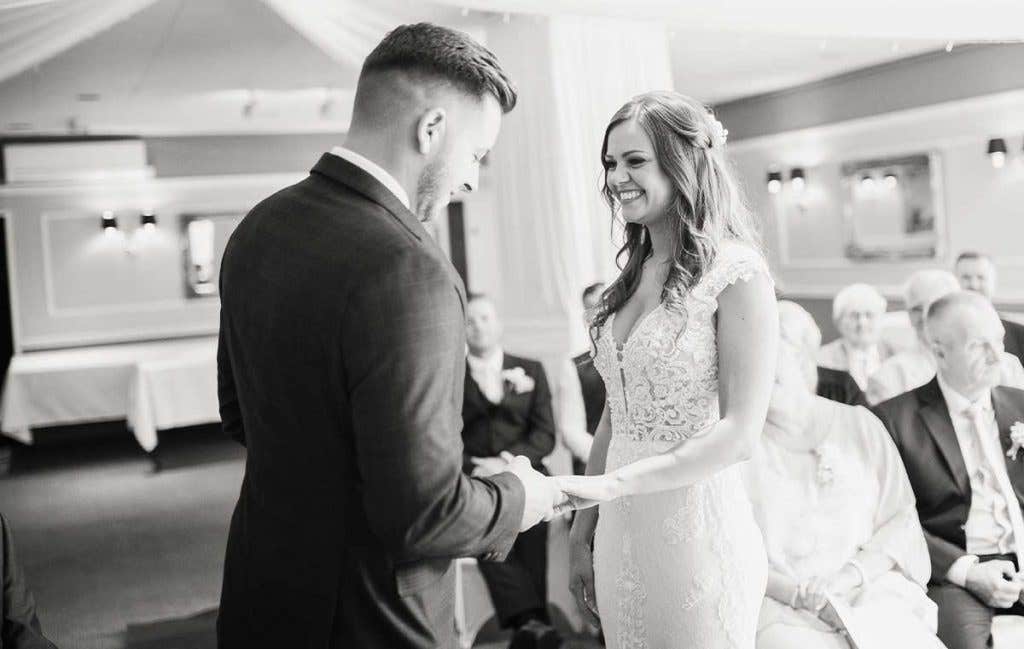 “We were very lucky to have some family friends play music during our ceremony,” says Sally. “I walked down the aisle with my Dad to Barry Louis Polisar’s song ‘All I Want Is You’, covered by Fran Minney. Matt’s mum, Deborah, surprised us by singing this for us! It was beautiful and had us all in tears the minute we heard it begin. We made it through our ceremony with lots of tears and a few giggles, then Deborah also gave a lovely reading she created herself, called Butterflies.”

Drinks in the sunshine

After the ceremony everyone headed outside for drinks and photos before the wedding breakfast and speeches in the dining room. "The speeches were amazing and received lots of laughs and happy tears, mostly from me!” says Sally. “After the wedding breakfast Matt and I went to the honeymoon suite to get ready for our evening guests to arrive. When we went back downstairs our band were playing in the garden, children were playing on the swing and guests were chatting over drinks. It was exactly the relaxed atmosphere we were hoping for. Deborah then surprised us again with a lovely song and a beautiful handmade canvas gift.” 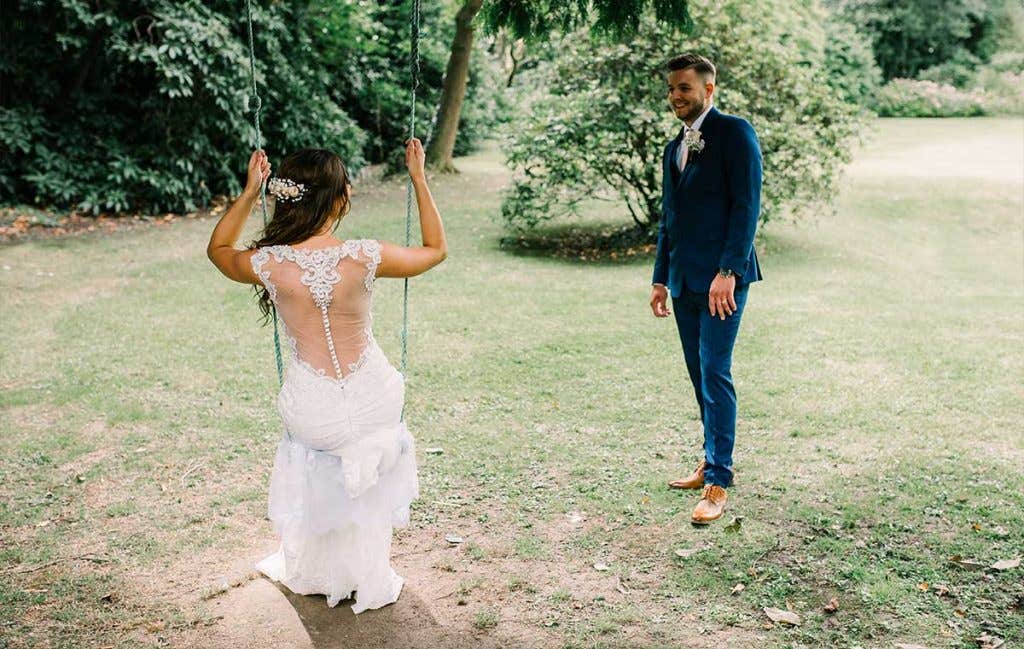 Later there was cake cutting and the first dance to ‘Stand By Me’. “Then we had the most fun evening, dancing and laughing until gone midnight,” says Sally. “Luckily we’d ordered a buffet to keep us going and apparently it was really good. Matt and I were both too busy enjoying ourselves to manage to eat anything! We had the best time dancing and singing to the 50s and 60s music and the dance floor was full all night. We truly had the best day and could not have wished for more. Our guests were amazing and we felt so loved. If we could do it all over again we would!”

Décor: Happy Ever After Designs (happyeverafterdesigns.com)

Did your wedding have the wow factor like our hotel wedding feature? If you would like your big day to be one of our real weddings send your favourite photo to info@wed2b.co.uk and we’ll be in touch!