Carolyn and Stuart met at a mutual friend’s birthday celebration seven years ago. “We all went to Cardiff to celebrate and Stuart and I hit it off from there,” says Carolyn. “We spent the whole night talking! When we got back to Reading we had our first date a week later in a local pub and have been together ever since.”

Start proposed on West Wittering beach when Carolyn was seven months pregnant. “He proposed in the sand dunes,” she says. “I wasn’t shocked, as we had talked about it previously, but I was surprised as I didn’t know when he might do it. It was lovely to do it somewhere memorable!” 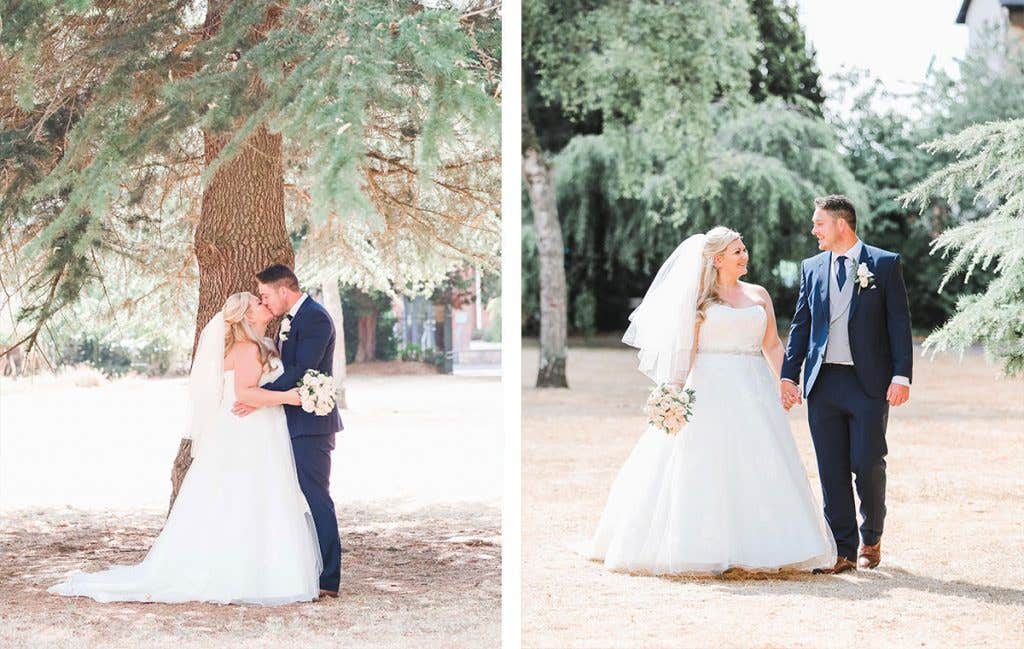 Shopping for The One

Carolyn, and her Maid of Honour, Diane, visited WED2B’s Camberley store in September 2017. “I'd been to a couple of bridal boutiques with my Mum and sister but had struggled to narrow down a silhouette,” she says. “We went with two styles in mind but Diane picked out Serena for me, which was completely different. It was the first one I put on, simply because I thought I’d start with that one and then swiftly move on! But when I put it on I just had a feeling that it was The One. We sent pictures to my Mum and my sister and they loved it too!" 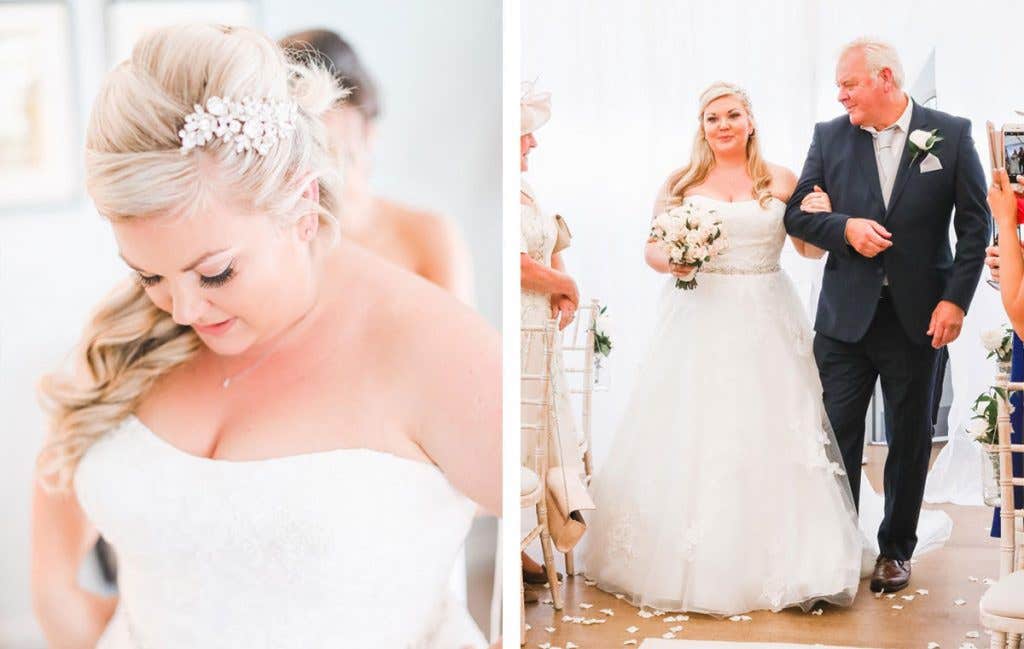 Carolyn wanted a hair piece, rather than a veil, so the Luna hair comb was perfect. “I also knew I wanted some sparkle, so I bought the Estella belt too, which I had sewn on,” says Carolyn. “I wasn’t initially going to have a veil but then I won a WED2B Instagram competition to win my money back on my accessories. So I purchased the Loulou veil, which completed the look perfectly.” 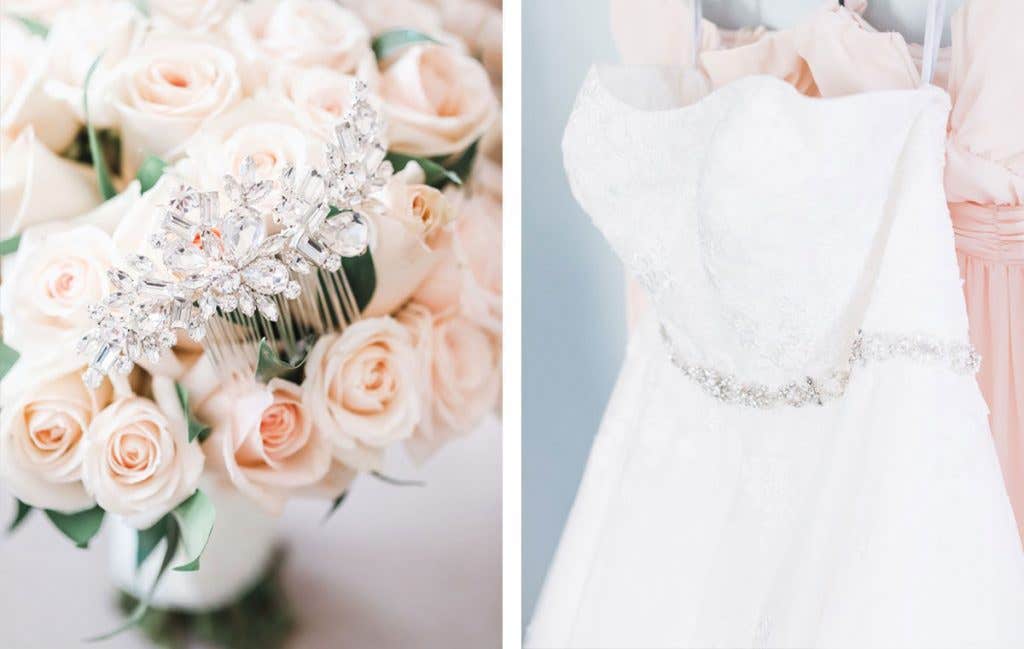 A shopping trip to remember

“My shopping experience was amazing, all the staff were so friendly,” says Carolyn. “We went on a Sunday first and we didn’t have to wait long to be seen. Cara, who looked after me, was very good. On my return appointment the following weekend she served me again, which was nice. She said she knew when I first put on the dress that I would be back for it!” 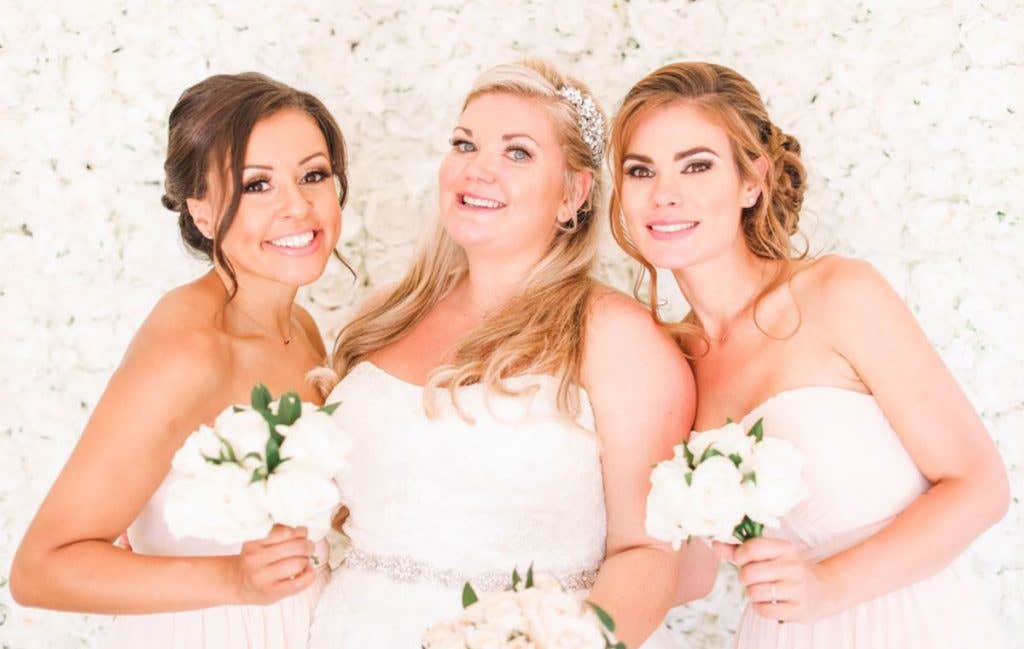 Stuart and Carolyn knew they didn’t want a traditional wedding. “We’ve been together seven years and have a two-year-old son, Oliver, so this was really just to complete the family,” says Carolyn. “We were struggling to decide what to do for the ceremony. In the end, I stumbled across Bel & The Dragon, in Reading. It's a former biscuit factory and has a boat that’s permanently moored outside that's licensed for wedding ceremonies. There's also a restaurant where we could have the informal BBQ catering we wanted. It was perfect and the staff, especially Jenny, were amazing from start to finish. The venue was so quirky it was just right for the casual wedding vibe we wanted.”

The ceremony was held on the boat and Carolyn’s Dad walked her down the aisle to an acoustic piano version of  ‘Marry You’ by Bruno Mars. “One of my favourite memories was seeing my son’s face and him calling out ‘Mum’ instead of ‘Mummy’” says Carolyn. “It all went by so quickly, a lot of it was a blur. I don’t really remember all of the vows!” 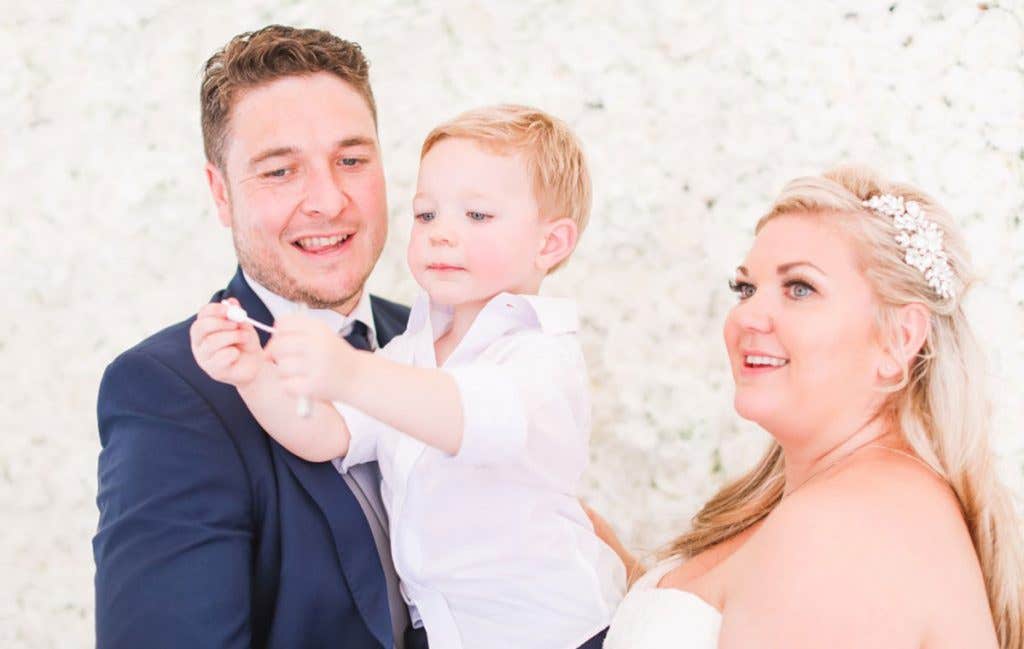 Nice day for a white wedding

Afterwards, there was a drinks reception on the terrace with London Cup gin cocktails and barrels of Heineken, so people could pour their own pints. “I wanted the colour scheme to be light and I’d always wanted a flower wall,” says Carolyn. “I hired an ivory flower wall, which we put at the top of the aisle and then used for pictures in the evening. I also did a lot of eBay decorating! We had champagne rose vines draping the entrance to the boat and ivory paper lanterns hanging from the rafters. I also decorated jars with lace, which were filled with fresh roses. These were hung from chairs and then placed on the tables after the ceremony. We also hired chairs, drapes and an aisle runner in white/ivory, which were in keeping with the neutral theme.” 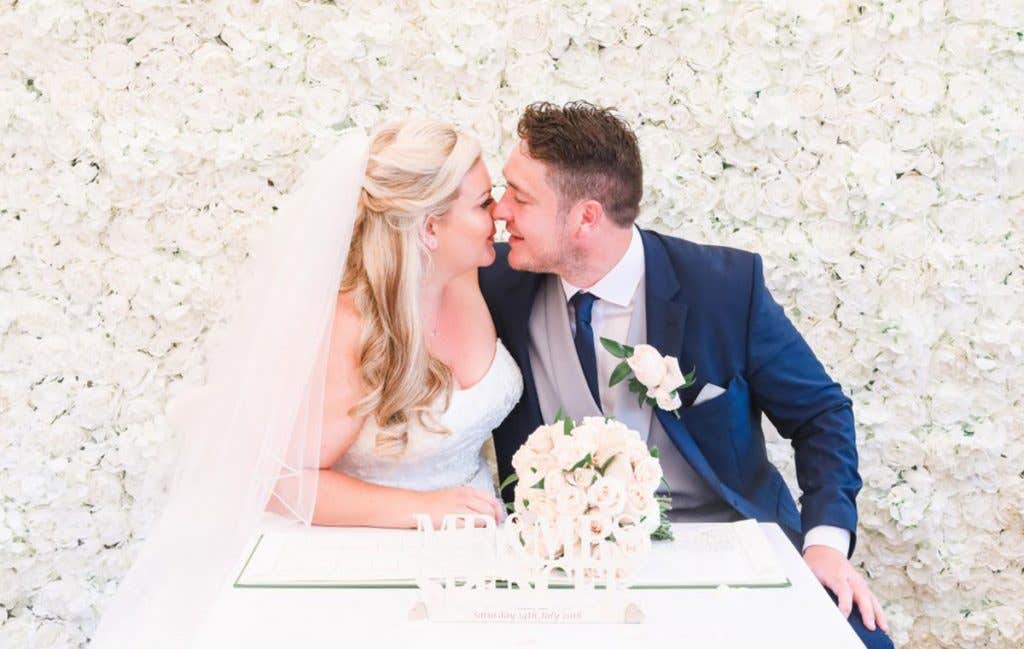 “A post on WED2B’s Instagram page inspired my cake design!” says Carolyn. “My friend’s mother-in-law made the cake, as part of our wedding gift. It was a three-tier vanilla and chocolate sponge cake with rose gold dripped icing. My florist then decorated it with fresh roses.”

For dinner there was informal BBQ catering with barbecued steak, salmon and chicken with sweet potato fries. Then, in the evening, guests returned to the boat. “The retractable roof was opened up and there was a DJ,” says Carolyn. “We served a cheese wedding cake, as well as our sponge wedding cake, and had large bowls of fries for everyone to tuck into. Although there was a lot left over as everyone was too busy dancing! The whole day was perfect from start to finish. The absolute highlight was my son though, he really was the star of the show. It was lovely that he could be a part of it.” 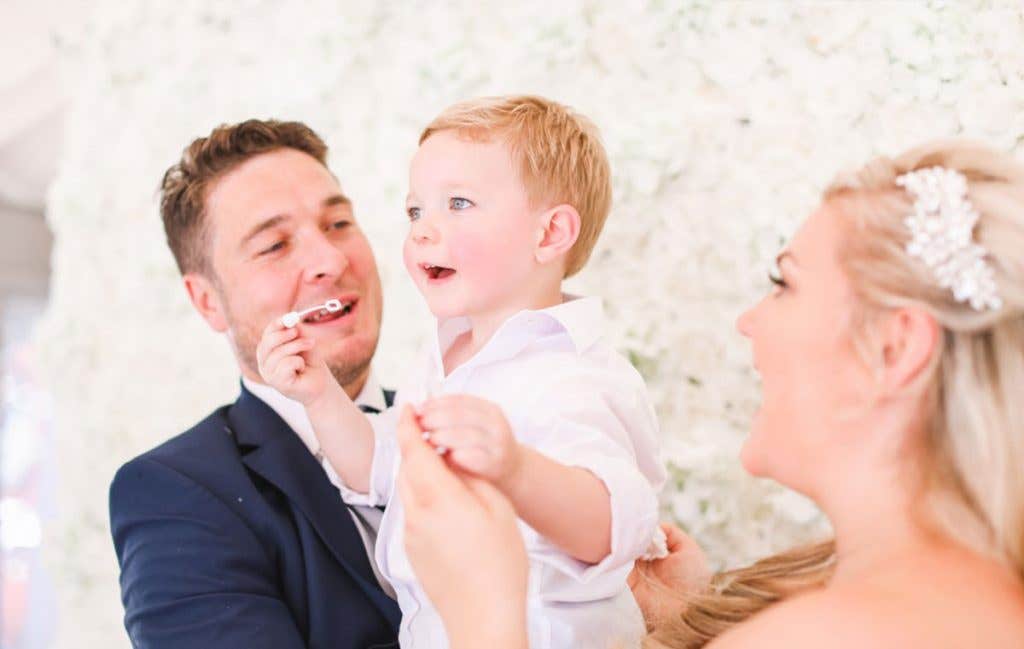 Did your wedding stand out from the crowd like this wedding with BBQ catering? If you would like your big day to be one of our real wedding features send your favourite photo to info@wed2b.co.uk and we’ll be in touch!

Designer Bellami, Wedding Dresses & Brides' Stories
We use cookies on our website to make your experience better. You can click here to update your settings. Otherwise, we'll assume you're OK to continue.