A beautiful house set the scene for this couple’s big day. Our WED2B Real Weddings Cambridge feature reveals more: Helen and Christian first met through their work in film and television production. “It was my very first day in the...

Helen and Christian first met through their work in film and television production. “It was my very first day in the professional world after graduation and Christian showed me to my computer,” says Helen. “Our first date was five months later when there was snow on the ground and frost in the air. We met on Hungerford Bridge, which was all lit up in the dark, and walked to Covent Garden for some festive mulled wine.” 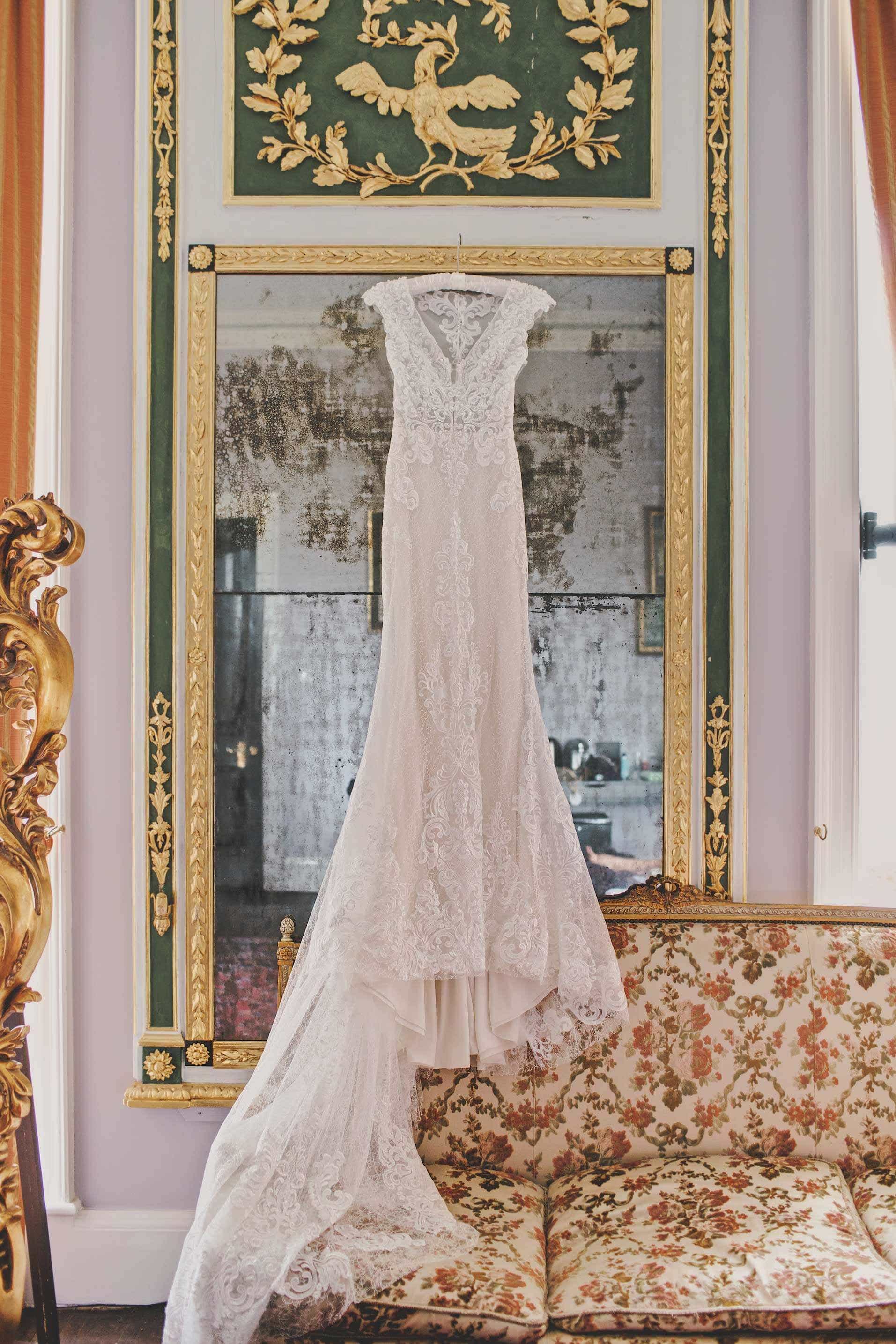 Christian’s proposal was equally romantic. “He proposed in the most perfect and beautiful way,” says Helen. “It will forever be one of the best and most intense moments of my life. We were on holiday in Sitges, near Barcelona, and Christian suggested we go for a walk along the beach in the moonlight. He sat on some rocks looking out to sea. When I joined him he asked me if I wanted to keep on doing this forever."

“It was totally unexpected. He also had a beautiful ring and had been to see my parents the week before. I was so relieved and overjoyed that it was a private moment too, just us and the sea.” 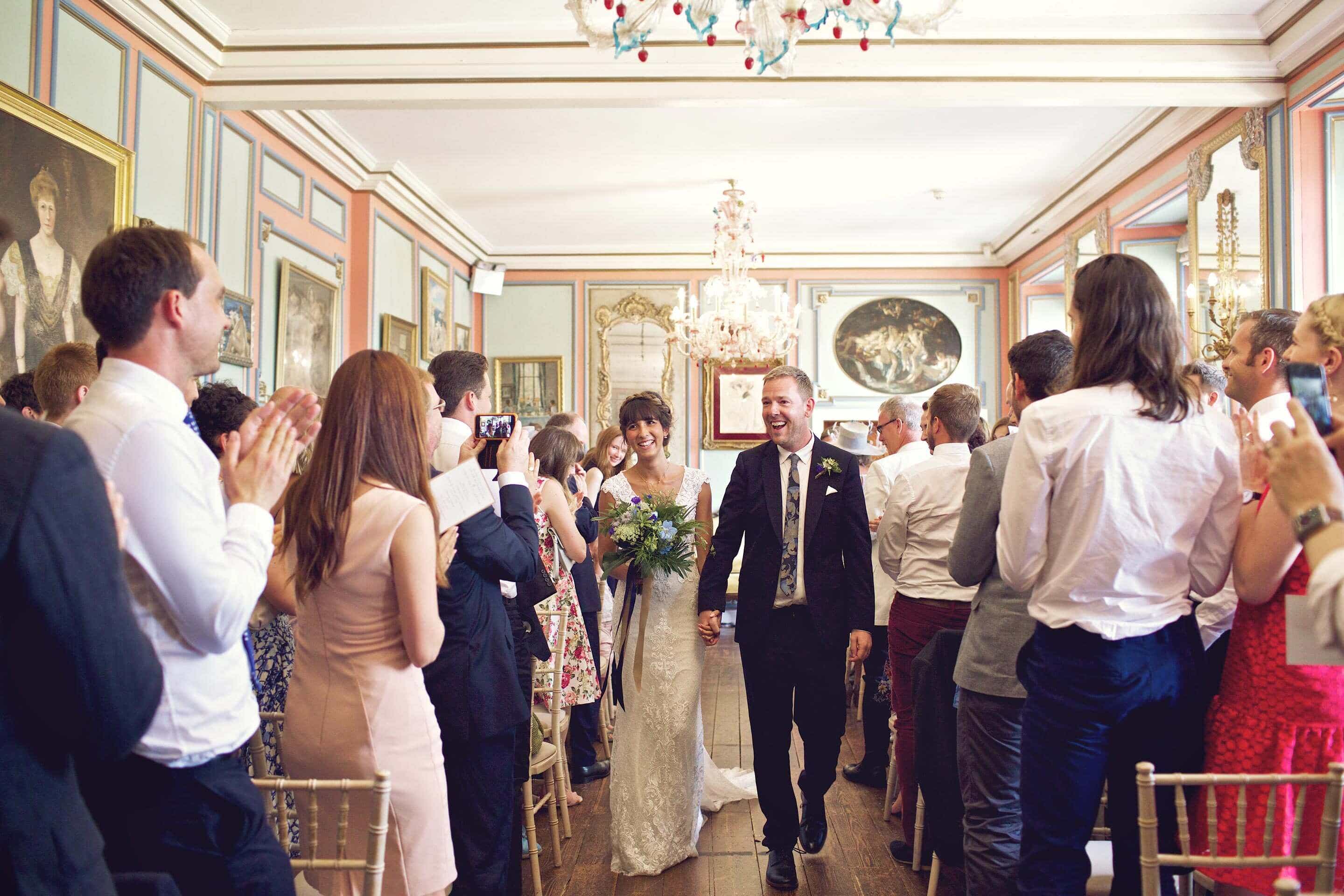 Helen wore WED2B’s Eleni dress from The Signature Collection. “I was in love with her from the second I put her on,” she says. “I was with my bridesmaids and they all teased me about how much I was smiling.”

“It’s a truly special dress and just jaw-dropping that it’s so affordable. I loved the simple, clean and modern shape. The details were incredible too, such as the individual pearl beads, the shape of the lace gauze on the back and the way the train hung.” 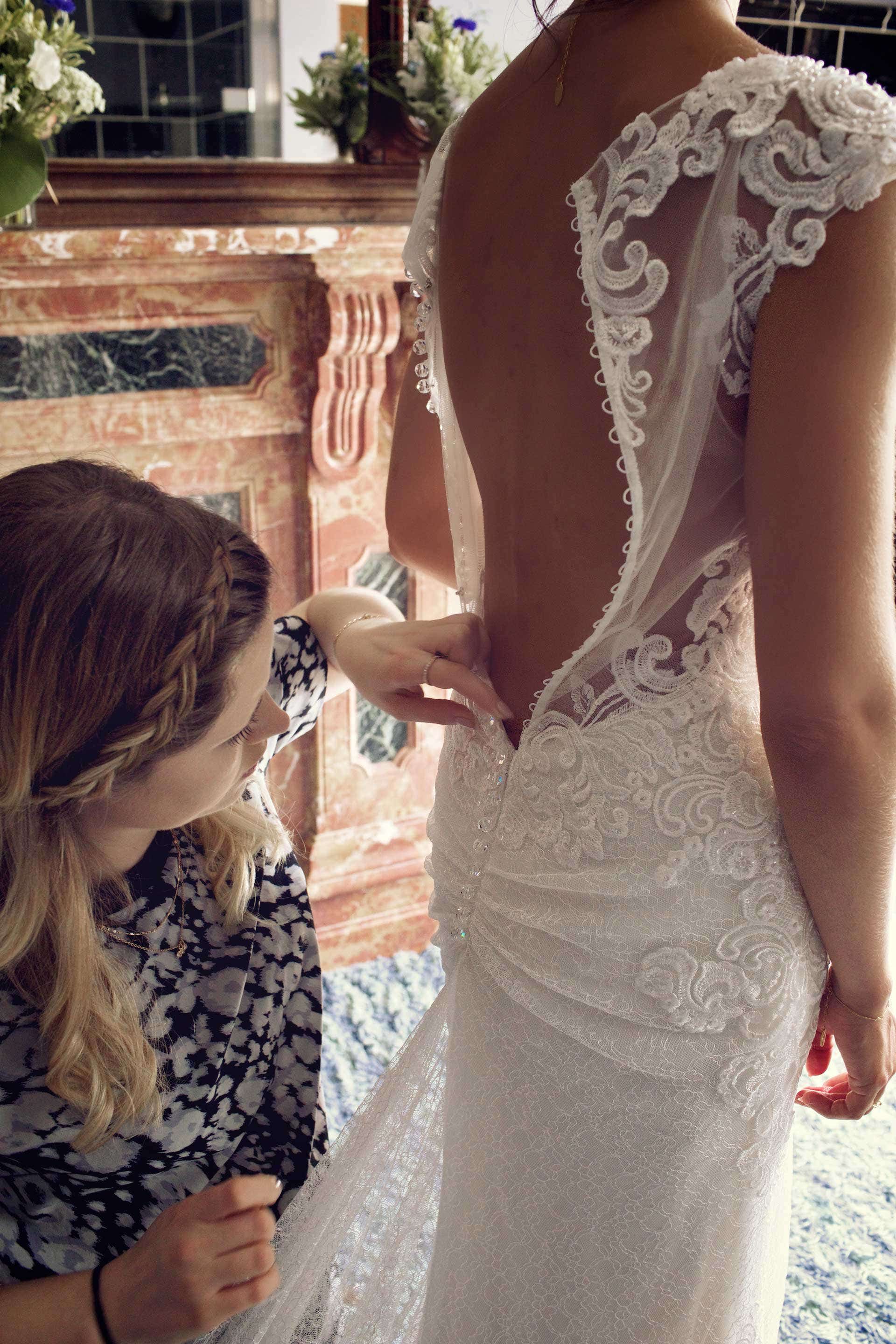 “It was hugely important to me that I was comfy. I wanted to feel that I could move around, eat and sit down - and of course dance! Plus I wanted to look and feel like myself. There’s something very relaxed about the Eleni, it’s very flowing, soft and romantic.” 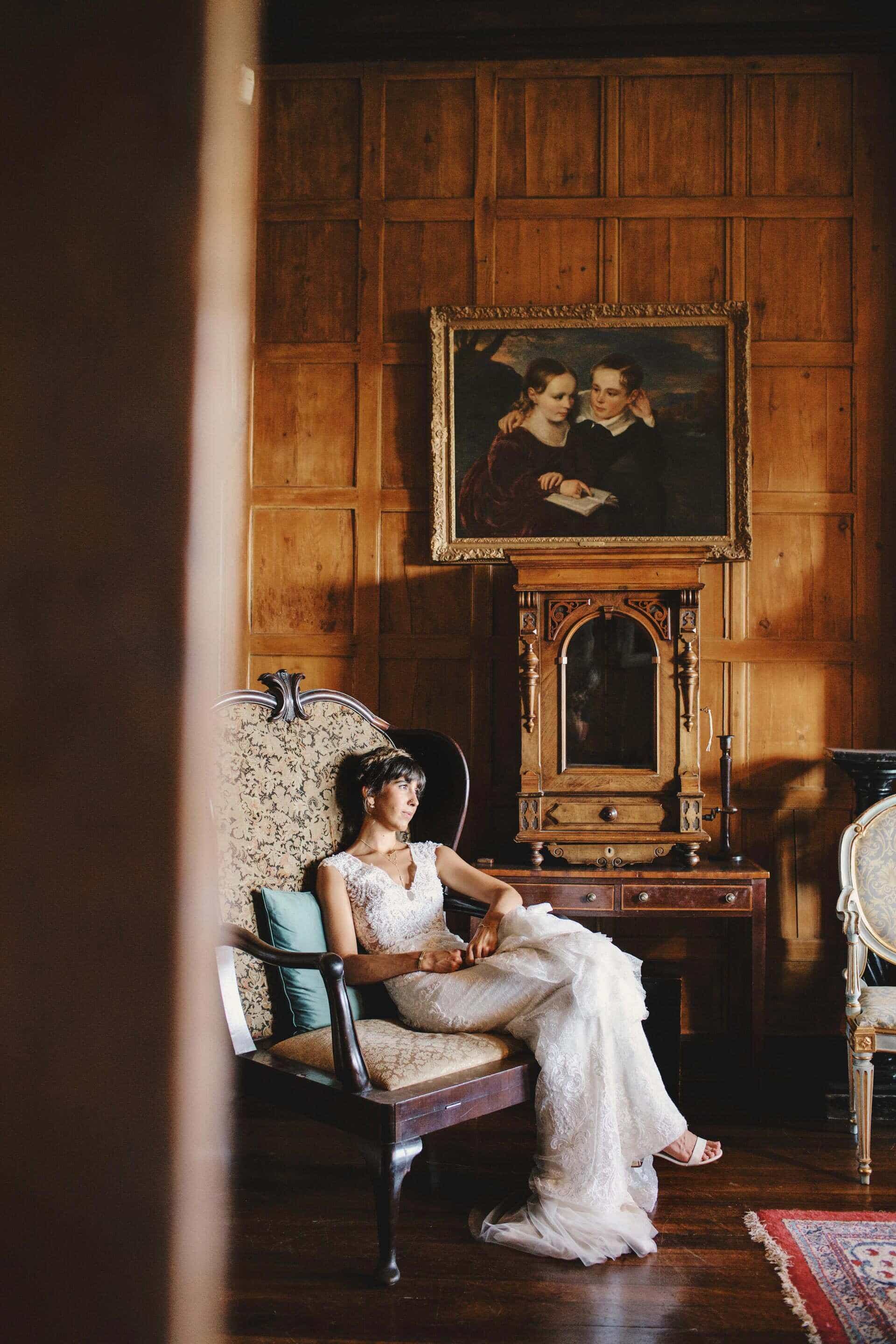 A home from home

The couple chose Anstey Hall, Cambridgeshire, for the wedding. “I’d been to a birthday party there and loved how informal and welcoming it was, and that you could have the run of the house. Although it's a wedding venue it feels more like a very beautiful party house, which is exactly what we wanted.” 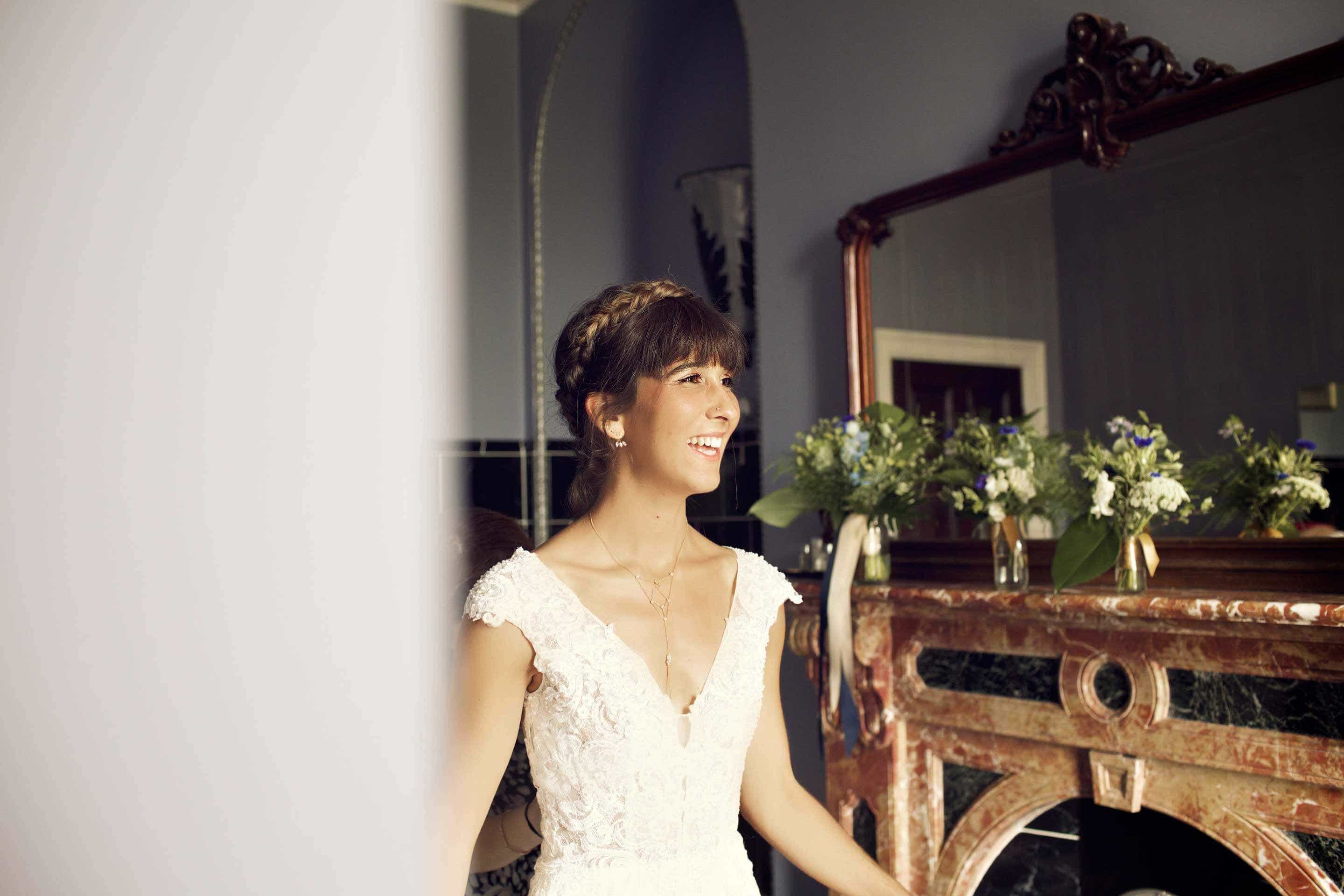 Helen’s younger brother Mark is a composer and he wrote the processional piece for the ceremony. “It’s an absolutely gorgeous, hopeful and uplifting piano piece that will probably make me cry every time I listen to it for the rest of my life!” she says. “I have to be honest, I found the ceremony incredibly nerve-wracking and intense. My lovely Dad walked me down the aisle but I was so nervous I think I walked too fast. At the end I just wanted to cling onto Christian for dear life!” 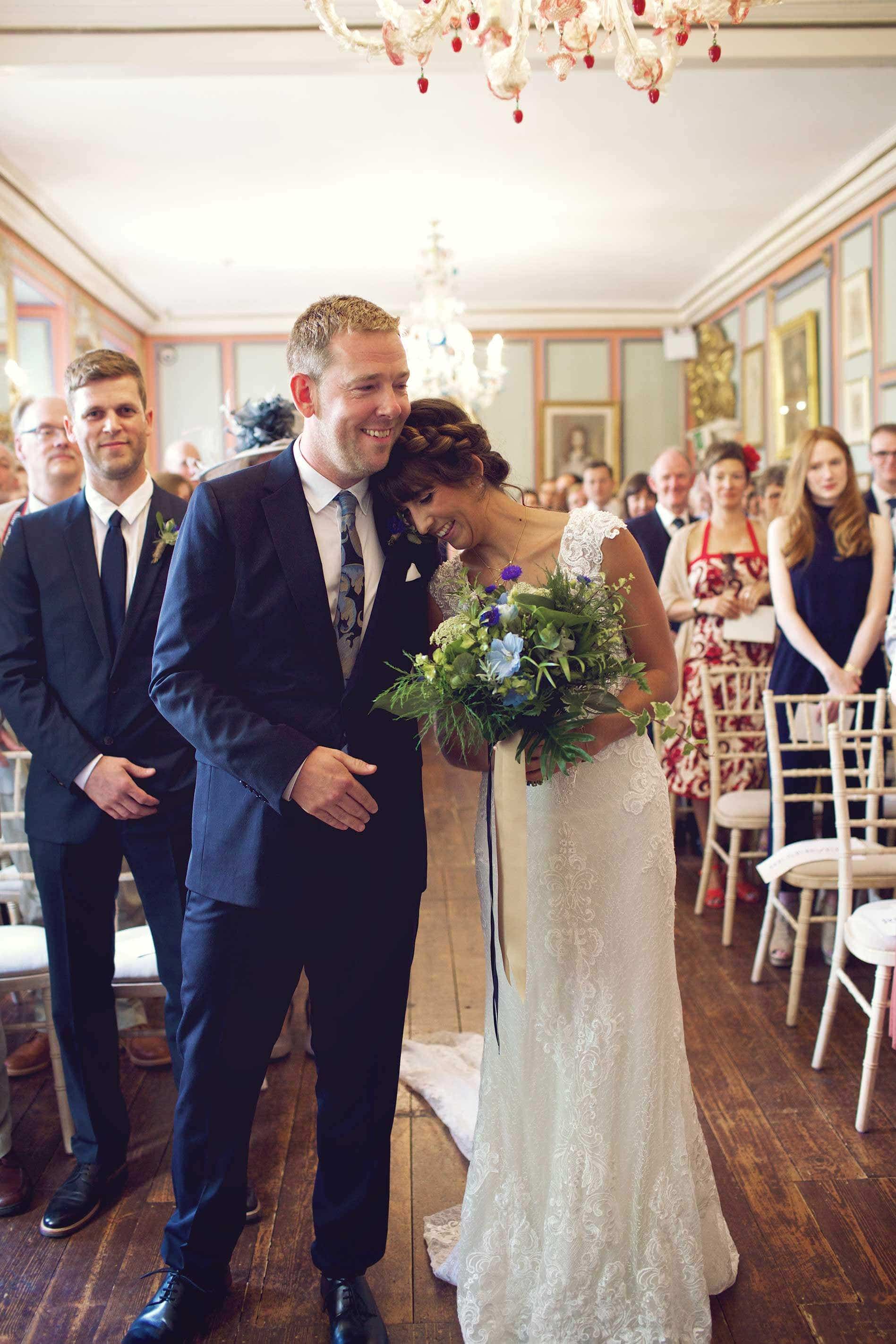 The newlyweds left the ceremony to jazz musicians playing Chaka Khan’s ‘Ain't Nobody’ before everyone celebrated with prosecco and canapés in the garden. Afterwards there was a two-course wedding breakfast and dancing until the small hours. “It was an incredible heatwave weekend and it felt like we were in the south of France,” says Helen. “Everyone was outside in the garden most of the night because it was just so hot.” 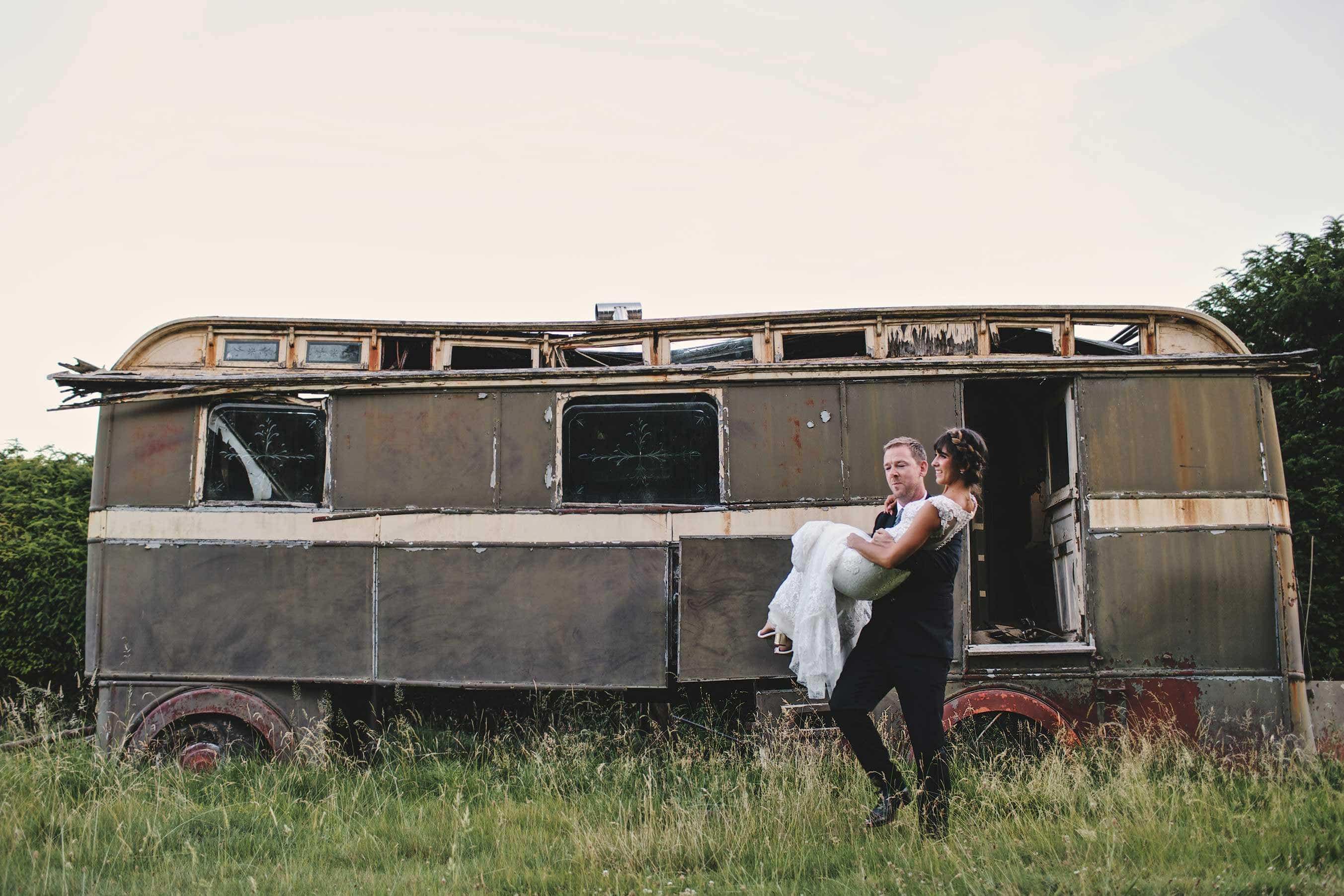 “My most memorable moment was towards the end of the night when I finally managed to grab Christian for a couple of minutes to ourselves,” says Helen. “Just before midnight we crept upstairs to our balcony. We could see all our friends and family scattered around the lawn below us in the darkness and hear people having a great time. We just held each other and I burst into (happy) tears.” 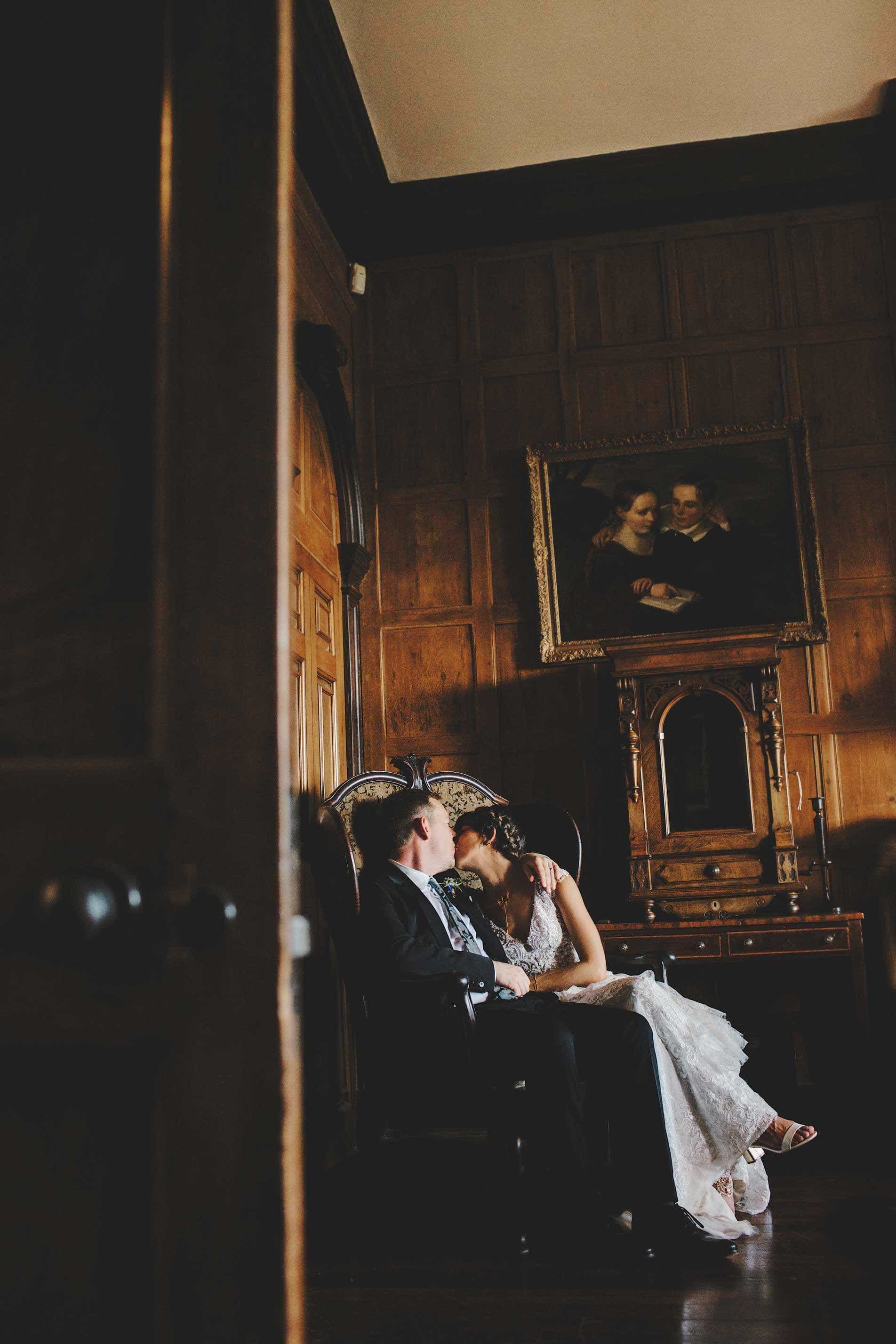 Did your wedding have the wow factor like our Real Weddings Cambridge feature? If you would like to be a part of our real weddings feature send your favourite photo to info@wed2b.co.uk and we’ll be in touch!