This couple’s big day was a fairytale come true for them and their young children. Our WED2B Real Weddings Florida feature reveals more: Kim and Ben first met in 2009 when Kim was on a hen weekend in Bristol. Six...

This couple’s big day was a fairytale come true for them and their young children. Our WED2B Real Weddings Florida feature reveals more:

Kim and Ben first met in 2009 when Kim was on a hen weekend in Bristol. Six years later Ben made sure that his proposal was extra special. “Ben proposed at Christmas 2015,” says Kim. “I had just lost my Dad in October of that year so Ben wanted to make sure that 2015 was a year I would remember for happiness as well as sadness. He said he knew that my Dad would have wanted me to be happy.” 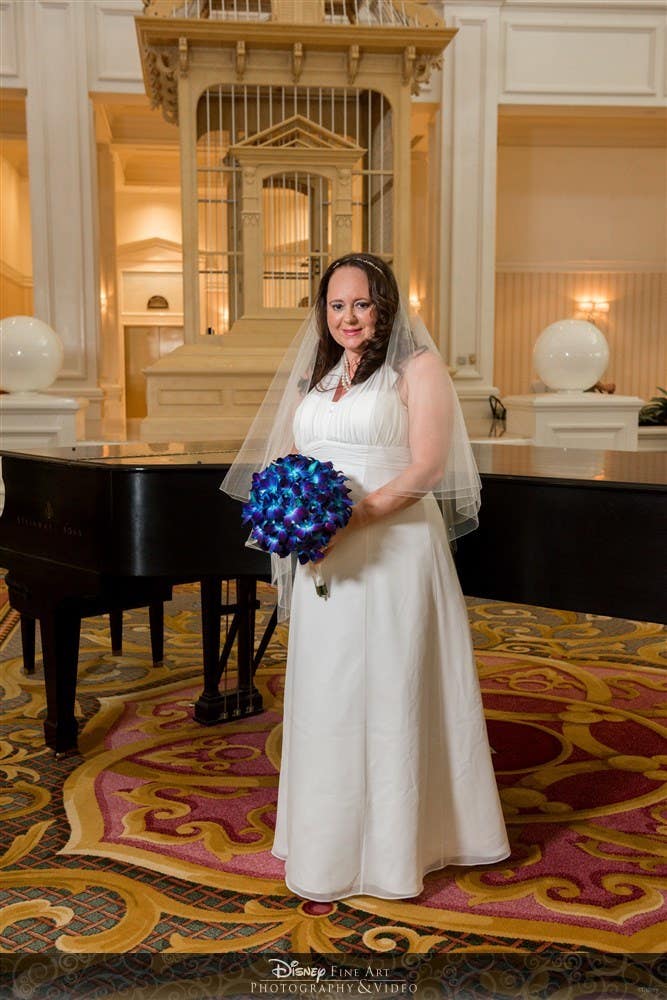 A world of wonders

The couple chose the Conch Key Marina at the Grand Floridian Hotel Resort in Disney World, Florida for their wedding. “We both wanted a quiet, small wedding and our two children are Disney obsessed, particularly our daughter Ella, who’s autistic,” says Kim. “So an outdoor venue with a very short ceremony and a subtle Disney theme suited us perfectly.” 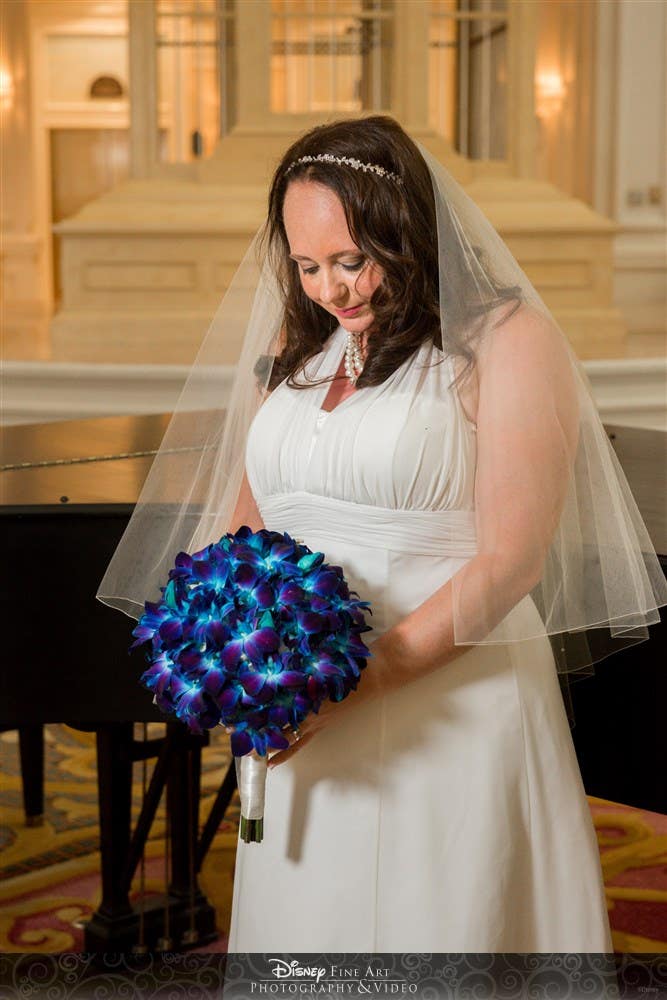 Kim headed to WED2B Bristol to find a dress that would suit the fairytale location. “My store experience was amazing,” she says. “Amelia at the Bristol store was so lovely, helpful and informative. Clara was the first dress I tried on and I knew instantly it was my dress. I loved its simplicity, the structure and the wonderful shape it gave me, but it was also light and elegant.”

As a finishing touch Kim also bought the Olympia bridal belt, although this unfortunately never got worn! “The belt was forgotten when the dress was transferred from bag to box for the journey to Florida. I was so gutted!” 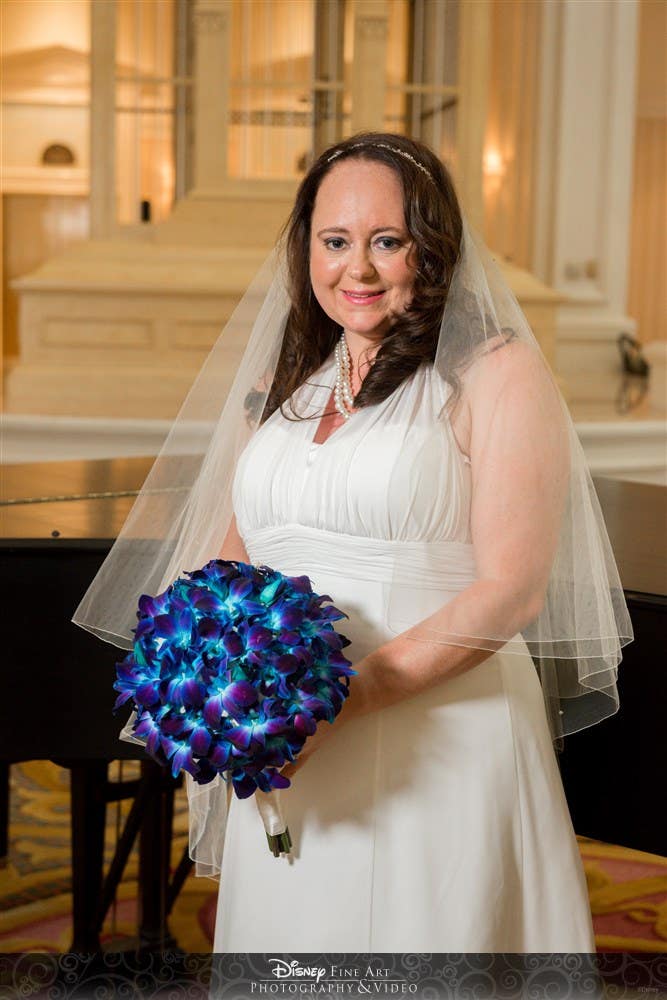 A touch of Disney magic

The music for the short ceremony included Canon in D for the arrival of the wedding party and Eric Clapton's ‘Let it Grow’ for the bride’s entrance, in memory of Kim’s father. Suitably Disney’s ‘A Whole New World’ was the final song.

“My Mum was incredibly emotional as she walked me down the aisle because she knew it should have been my Dad's role,” says Kim. “My favourite memory was seeing Ben's face as I stepped into view. I was completely transformed for the day as  don't usually wear make up.”

After photographs the newlyweds travelled by limo back to their hotel to change. They then spent the rest of the day in the Hollywood Studios Park, finishing with the Fantasmic Fireworks Spectacular in the evening.

“One of my most memorable moments was stopping at a restaurant in Hollywood Studios,” says Kim. “The staff overheard that we’d just got married and came back with gifts, including a wonderful photo frame and bride and groom Mickey and Minnie ears! The gesture was incredibly touching.” 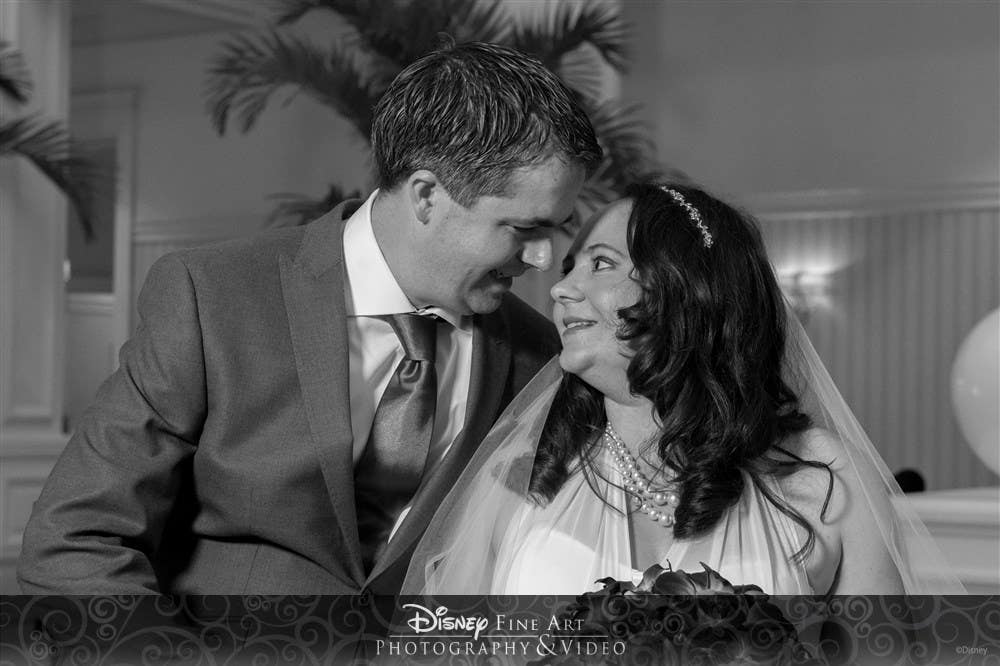