These newlyweds chose a striking city wedding venue for their stylish do. Our WED2B Real Weddings Gateshead feature reveals more:     Rebecca and Ben first met at a friend’s birthday. “We then met again three months later and he...

These newlyweds chose a striking city wedding venue for their stylish do. Our WED2B Real Weddings Gateshead feature reveals more: 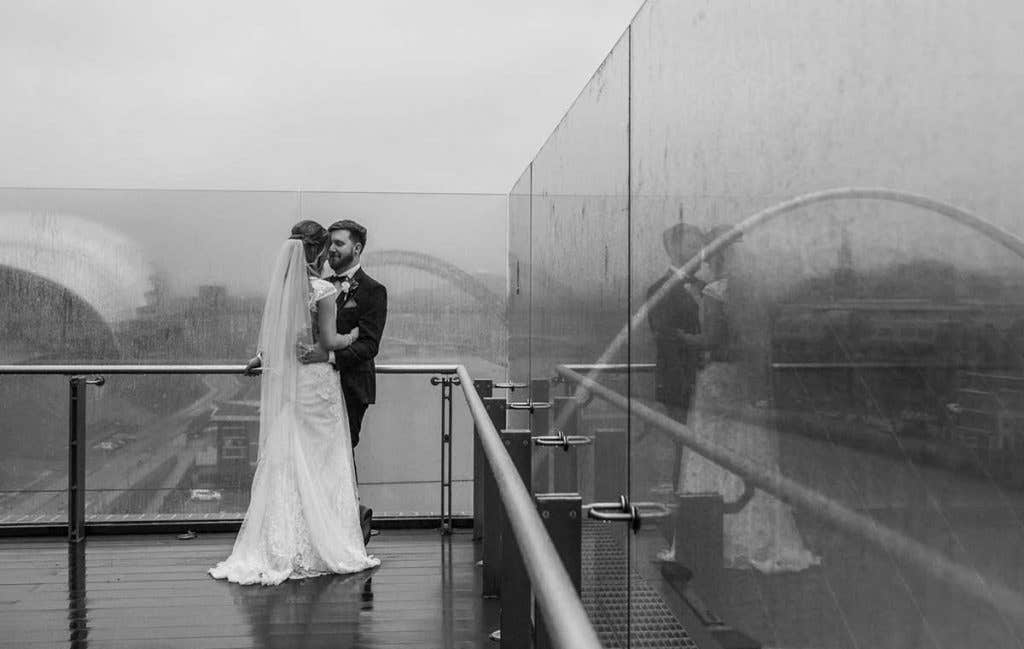 Rebecca and Ben first met at a friend’s birthday. “We then met again three months later and he asked me out on a date,” smiles Rebecca. “We had been together for eight years when he proposed and it was a certainly a surprise. It was two months after our little boy was born. We had decided we weren’t going to do anniversary gifts, so he asked me to marry him with a beautiful ring the day before our anniversary. We set our wedding date for our 10 year anniversary, two years later.”

Rebecca headed to WED2B Gateshead to find her dream dress. “I had said all along I wanted a dress with beading, a V neck and short sleeves,” she says. “Eleni, part of the Signature Collection, was exactly that and it was the first style I found that I liked. I also bought a veil, which complemented my dress perfectly. The staff were fantastic and suggested different styles for me to try and accessories to match.” 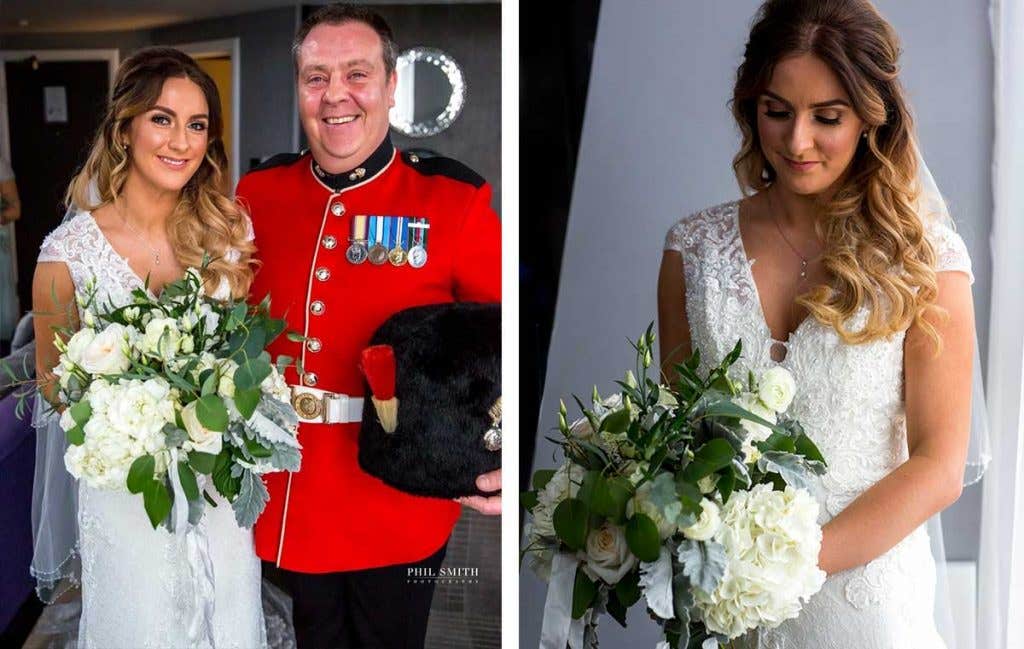 The couple married at the Baltic Centre for Contemporary Art in Gateshead. “We chose it as it had fresh, open spaces and was convenient for all our travelling guests (we had a lot ),” says Rebecca. “It also has fantastic food served by the à la carte Six Restaurant on the top floor, overlooking the River Tyne.”

A room with a view

The ceremony for close family and friends was held on the top floor of the Baltic, overlooking the river and quayside. “It was quite emotional, as we got married on our 10th anniversary, so there had been a lot of anticipation,” says Rebecca. “My Dad and two-year-old son walked me down the aisle and a groomsman accompanied each of the bridesmaids. My maid of honour walked with her two-year-old son, who is also my godson. We had all our family in the same place for the first time ever and there was so much love in the room as we read our vows.” 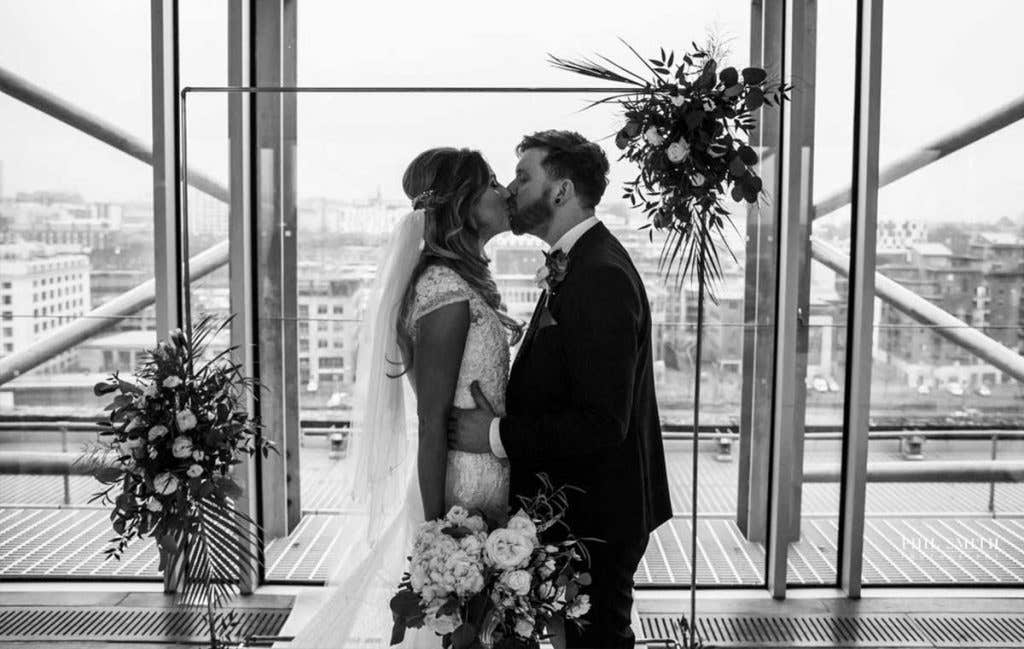 The ceremony was followed by a drinks reception and canapés in the Baltic viewing box, which has incredible views of the city, before dinner was served at Six Restaurant. “We had fantastic event decorators who went with my ideas of a modern copper theme to complement the venue, including copper pipe name placeholders and copper pipe flower arrangements.We had two cakes, a stacked cheese cake from Fenwick’s and a copper drip cake by the Great British Cupcakery. We also made all the wedding stationary ourselves to match our copper theme.” 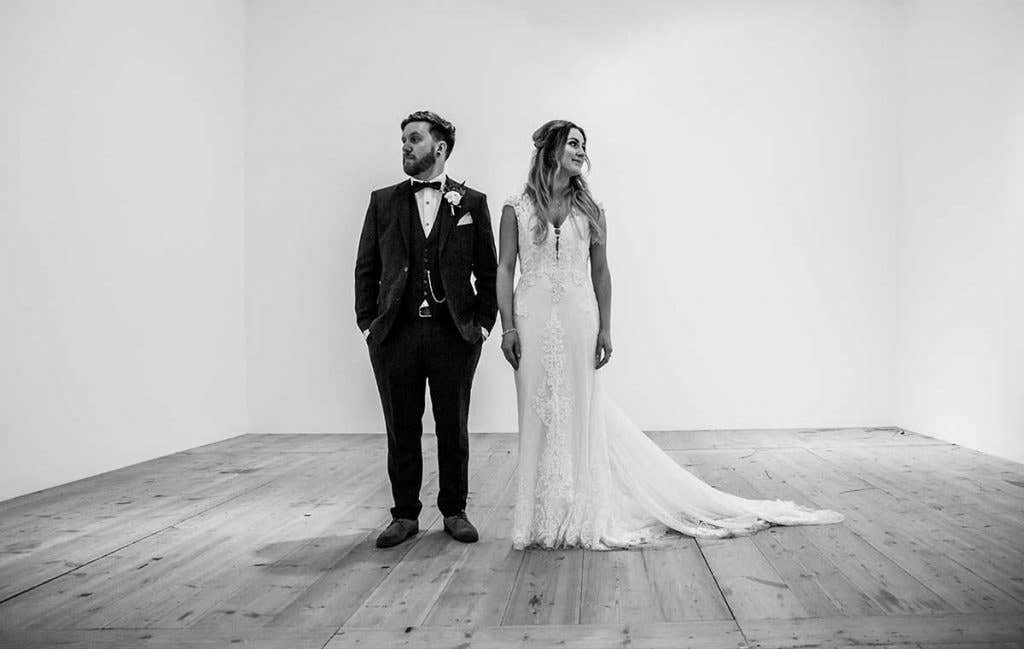 The dancing kicked off with a fantastic singer, who sang an acoustic version of the newlywed’s first dance song. Later there was also dinner served downstairs on the riverside terrace. “If we could do it all again, we wouldn’t worry so much about pleasing others and make the day as relaxed as possible,” says Rebecca. “Just enjoy every second, as it’s all over so fast!”

Did your wedding have the wow factor like our Real Weddings Gateshead feature? If you would like to be a part of our real weddings feature send your favourite photo to info@wed2b.co.uk and we’ll be in touch!