Love, laughter and Leicester City blue were the key ingredients of Hollie and Joe’s big day. Our WED2B Real Weddings Hinckley feature reveals more: Hollie and Joe first met in a bar in Hinckley while Hollie was there to watch... 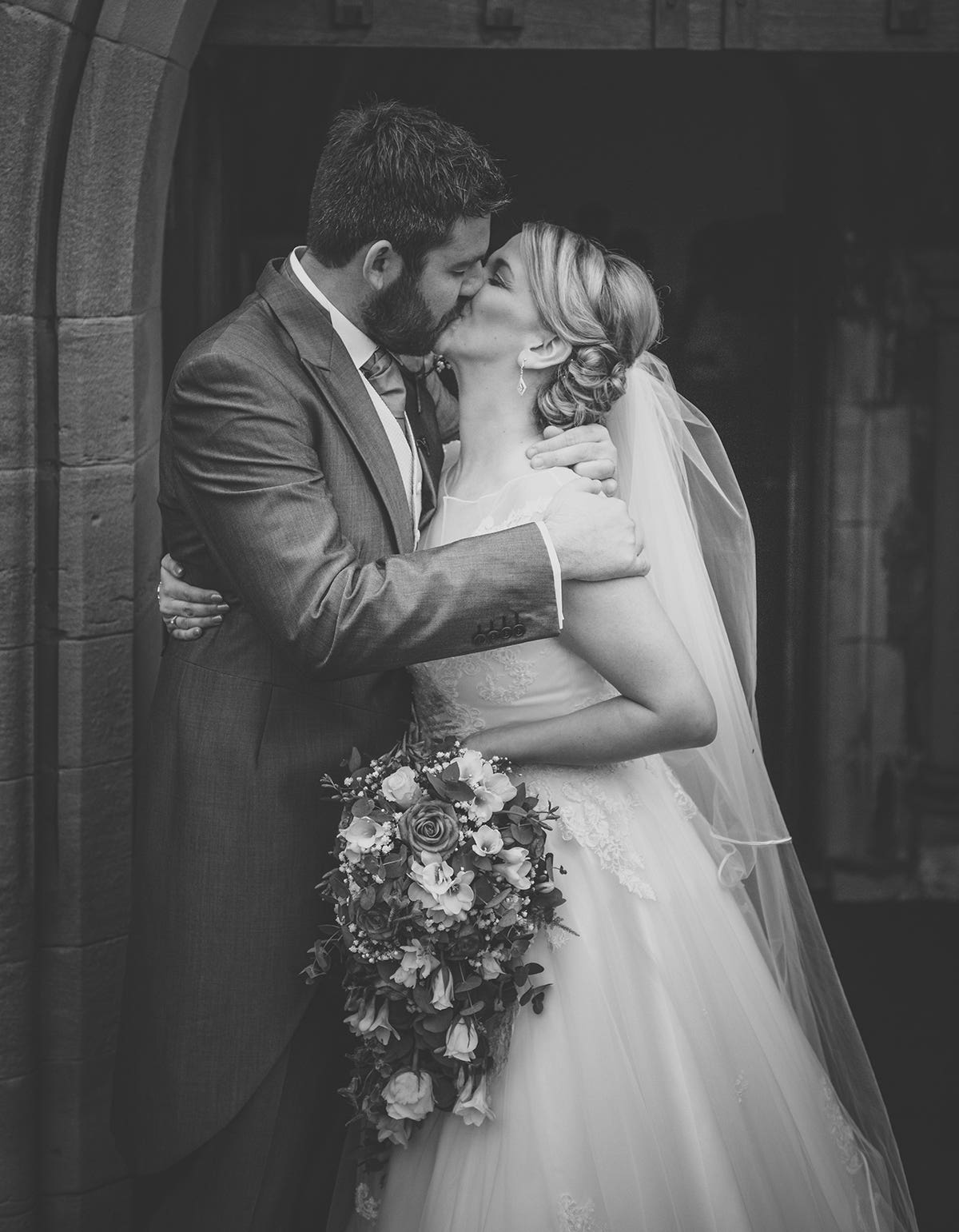 Hollie and Joe first met in a bar in Hinckley while Hollie was there to watch her friend’s boyfriend’s band. “Joe sat next to me and we got talking,” she says. “He wooed me with quotes from Alan Partridge, Gavin and Stacey and also S Club 7 lyrics – all of which got a mention in his groom’s speech! We swapped numbers and ended up meeting for dinner a few days later. We’ve been inseparable ever since.” 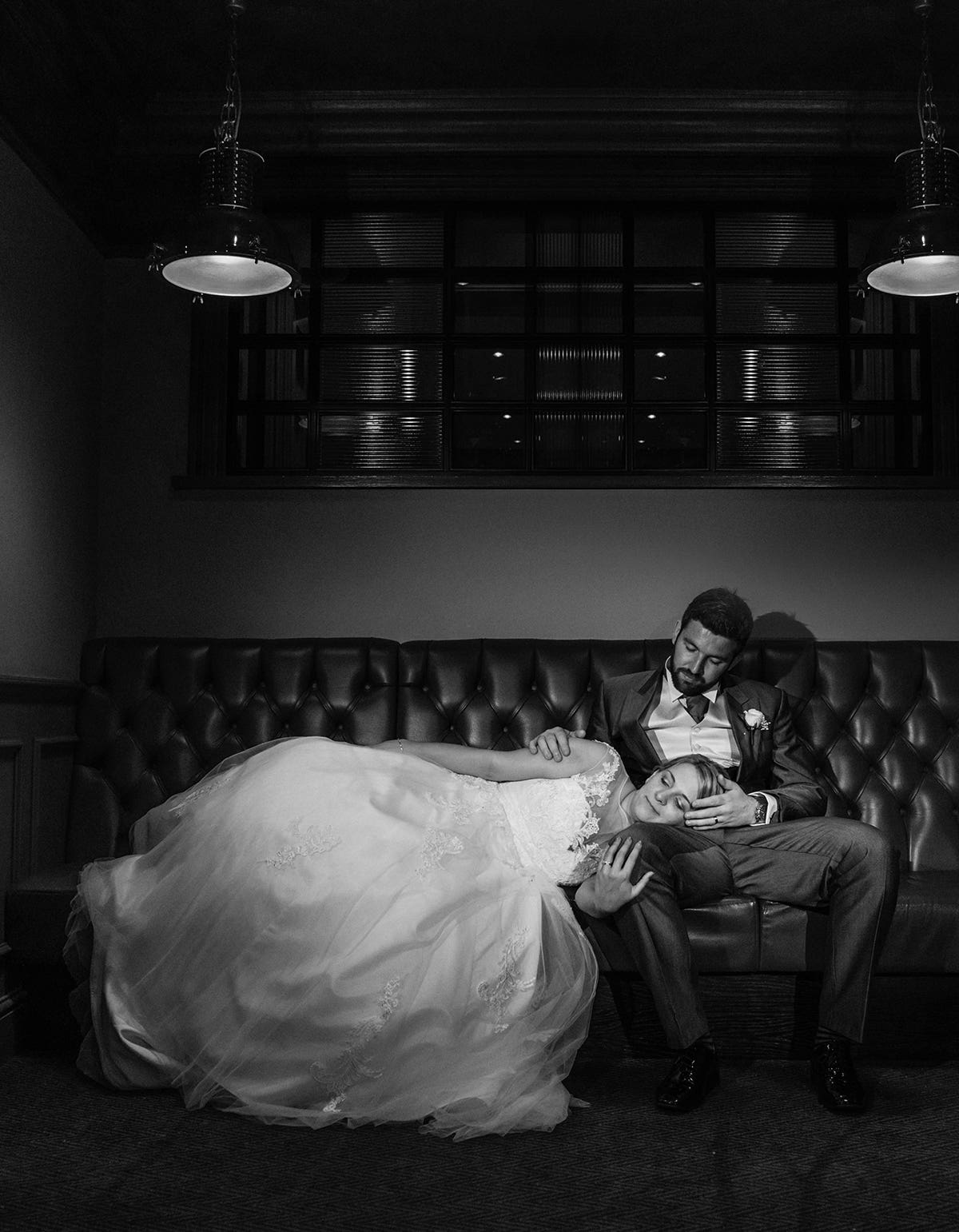 Joe proposed a couple of days after Hollie’s 29th birthday during a weekend away in Liverpool. “We’re big Beatles fans, so we went to the Cavern Club as soon as we arrived,” says Hollie. “Afterwards we went to Panoramic 34, a restaurant with stunning views over the Albert Docks. We asked the waiter to take some pictures of us and, as he passed the phone back, Joe said, ‘Can you just take one more, please?’. I turned around to find Joe on one knee and it was wonderful! I balled my eyes out and, of course, he got a big fat ‘Yes’. The waiter captured the whole thing!” 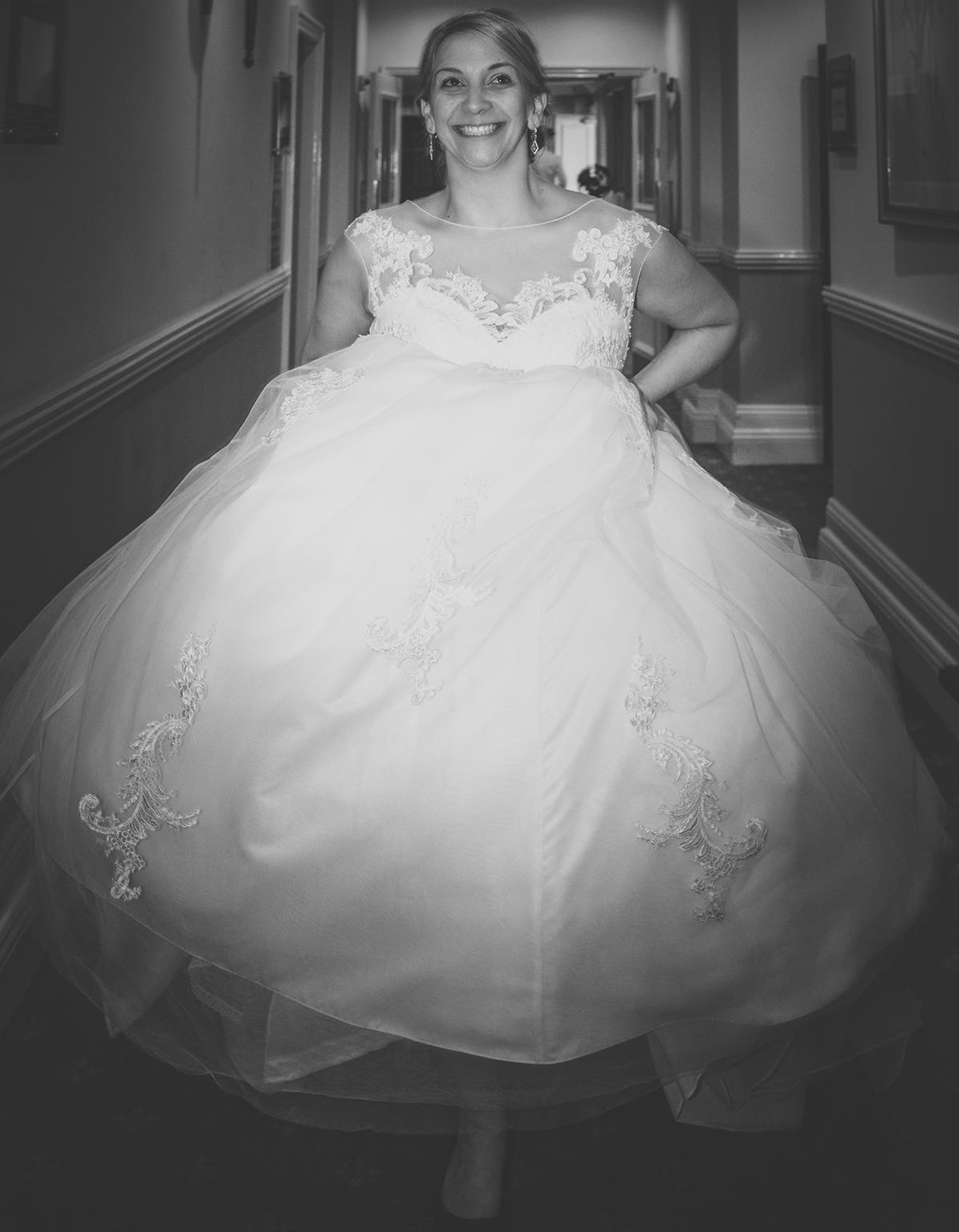 “I had a wonderful experience at WED2B,” says Hollie. “A friend recommended it and the staff and the service were fantastic, not to mention the quality and range of dresses that were available for such great prices.” 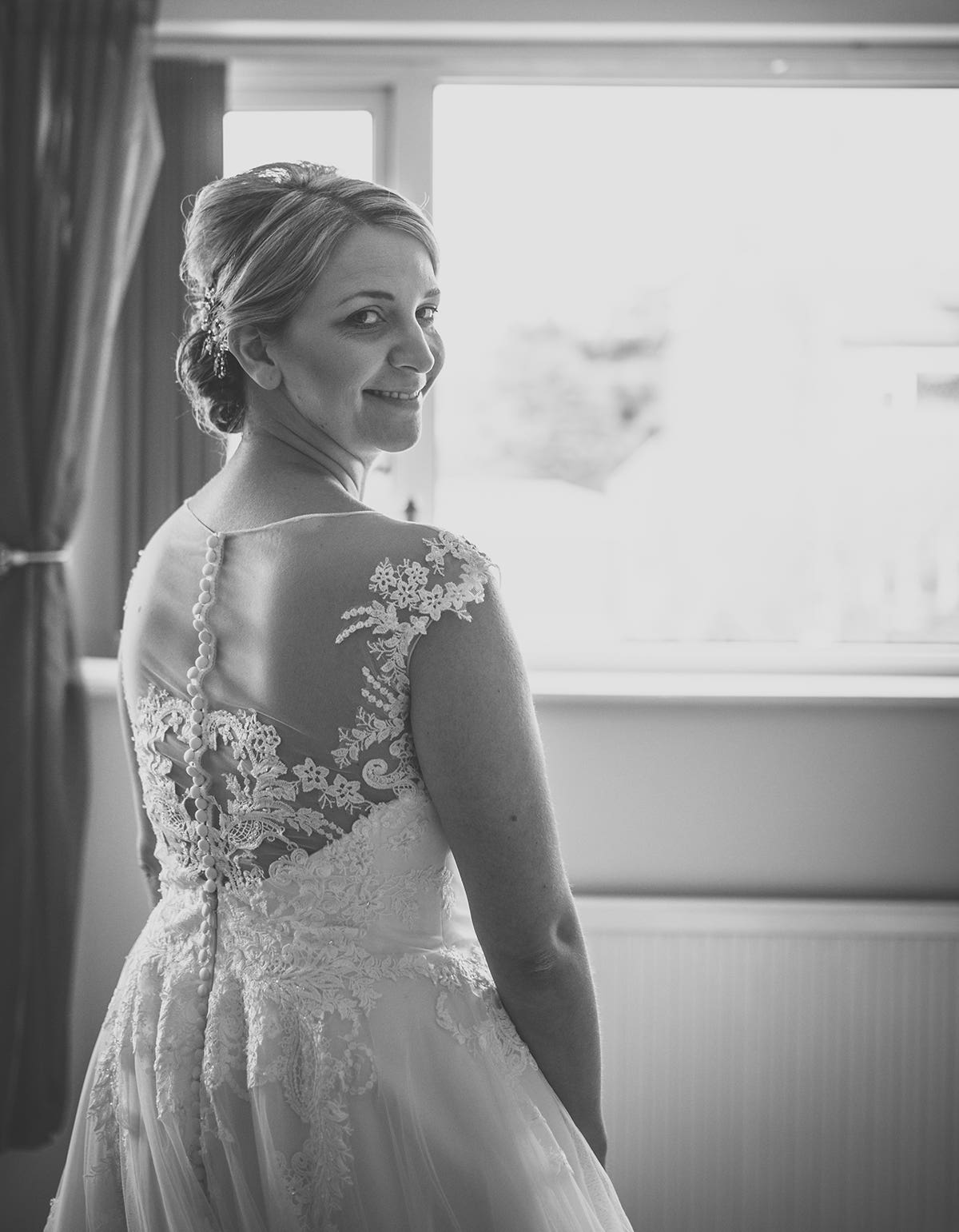 “My dress was Divine… and it was just that!” she laughs. “I tried on about eight and it was between Divine and Dandridge. They were both very different and I thought Dandridge was the one until I tried on Divine! It was so comfortable and felt just right. I fell in love with the detail on the back of the dress too. I also bought a full-length, ivory cathedral veil with satin edging, which went perfectly.” 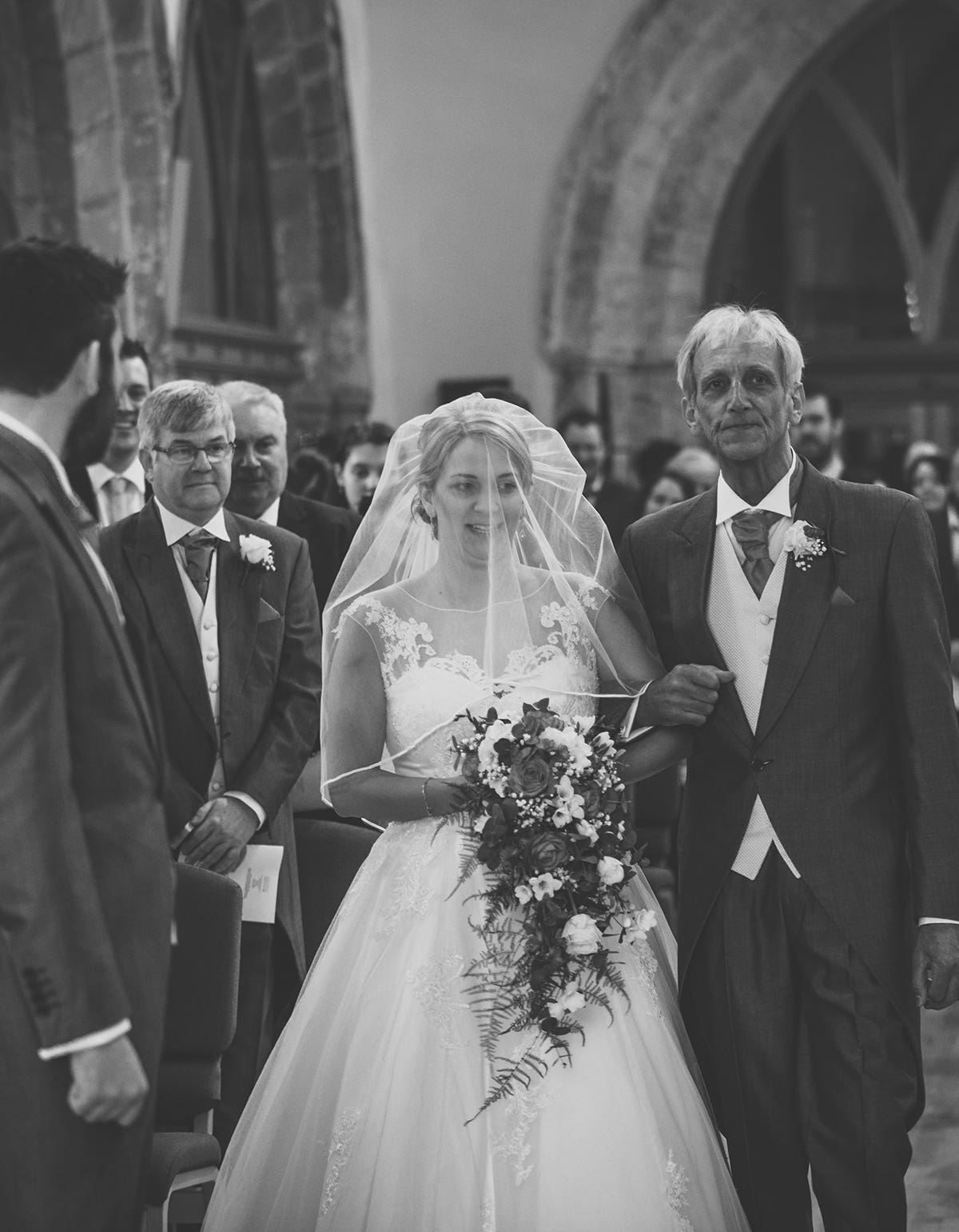 The ceremony was held at St Mary’s Church, in East Leake, the village where Hollie has lived since she was 18 months old. “My parents got married there and my brother and grandparents are buried there, so I always wanted to have my ceremony there,” says Hollie. “My dad walked me down the aisle to ‘The Wedding March’, which gives me goosebumps just thinking back to it. We had three hymns and then friends played The Beatles' 'All You Need Is Love' and 'With A Little Help From My Friends' on acoustic guitar and flute while we were signing the register.” 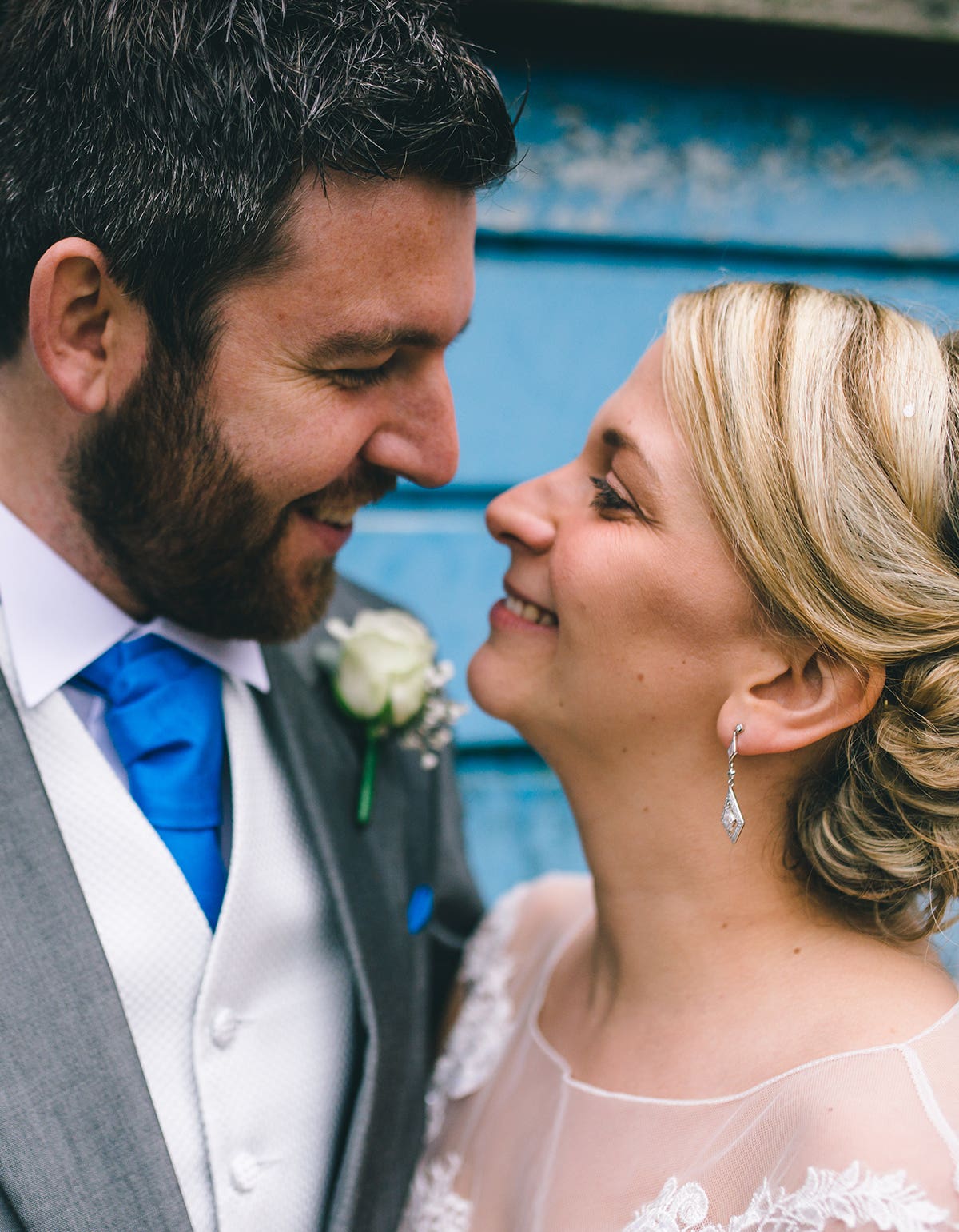 For the reception guests headed to the Best Western Premier Yew Lodge Hotel in Kegworth, where Leicester City Football Club’s royal blue was the main theme of the day. “Joe is a big Leicester City fan so it was a big feature,” says Hollie. “There was a Subbuteo board table plan, tables were named after players and favours were chocolate footballs and Foxes glacier mints. The room was decked out with royal blue sashes, table runners and birdcage centrepieces with royal blue candles. “We also had a Beatles’ theme too,” says Hollie. “All of our stationary was themed around ‘All You Need Is Love’ and there was a photo booth with Beatles’ themed backgrounds and a Beatles’ wedding cake too!” 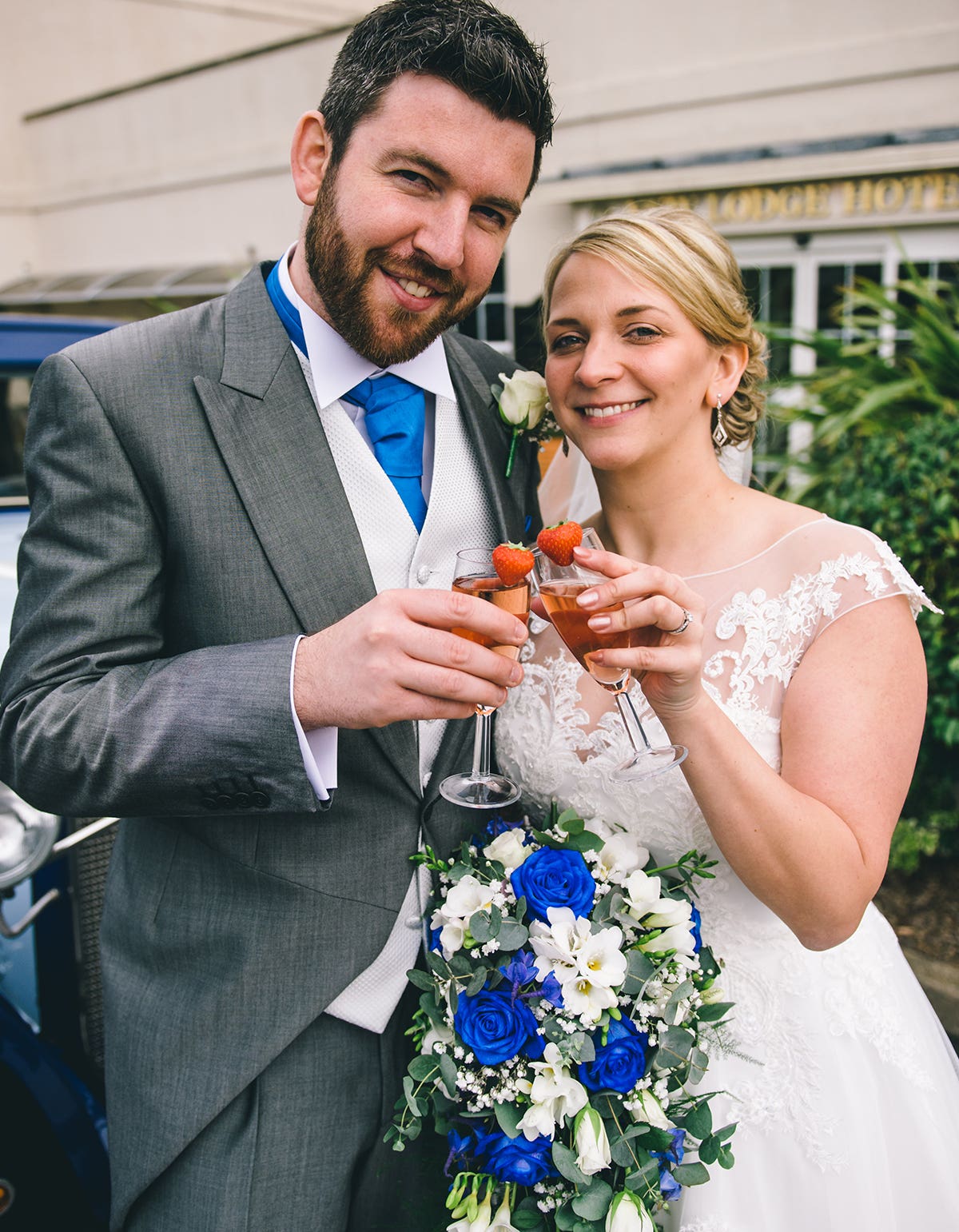 “There were so many highlights,” says Hollie. “And a lot of laughter, which is what we hoped for on our big day. Honestly, if I could wish for anything different it would simply be to add more hours into the day. It all went so quickly and every minute was amazing!” 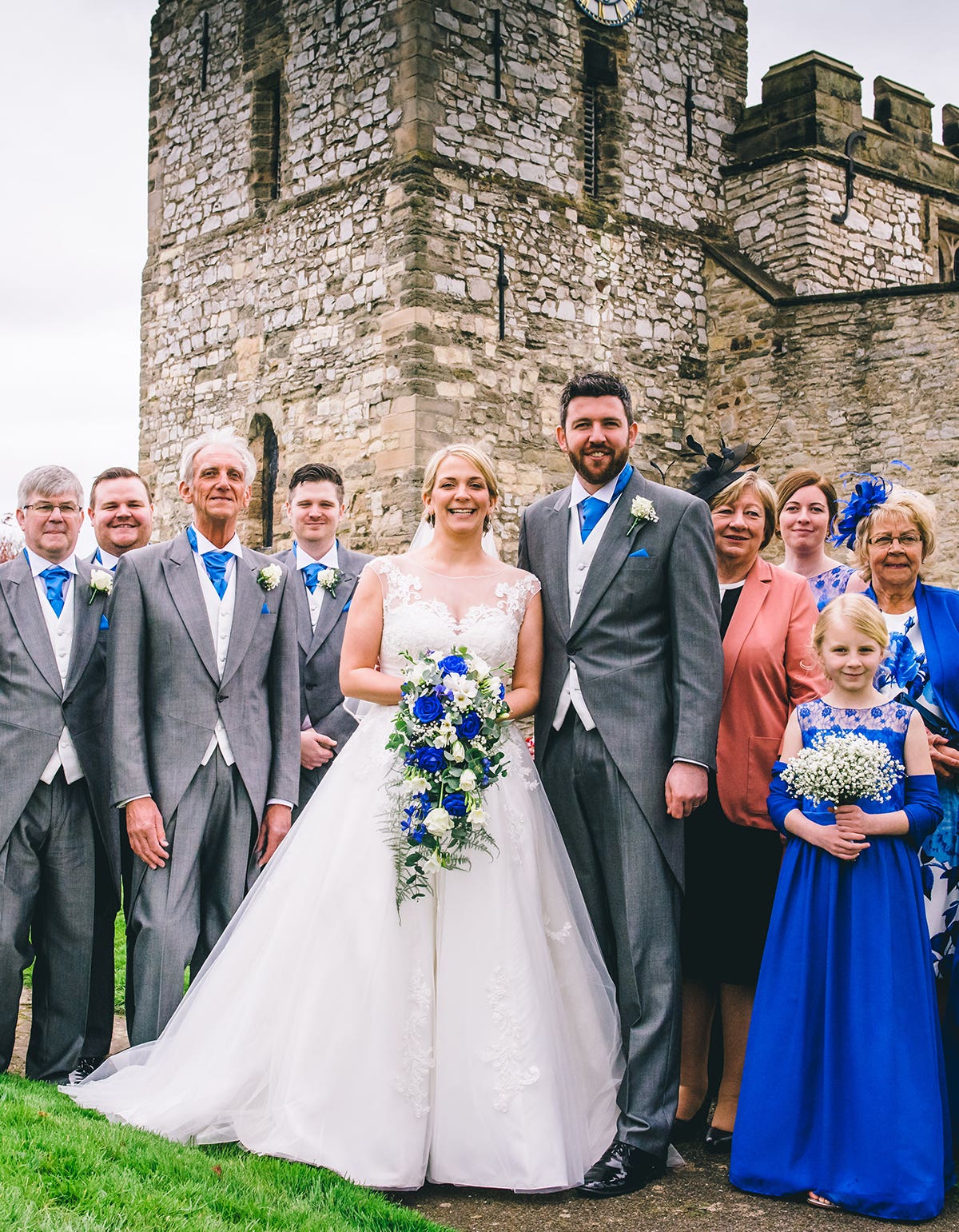 Did your wedding have the wow factor like our Real Weddings Hinckley feature? If you would like to be a part of our real weddings feature send your favourite photo to helena.jackson@wed2b.co.uk and we’ll be in touch!