Amazing shoes, a dream dress and an intimate ceremony were just right for Ronny and Martyn’s big day. Our WED2B Real Weddings Liverpool feature reveals more: Ronny and Martyn met online but after an intense few weeks of chatting Martyn... 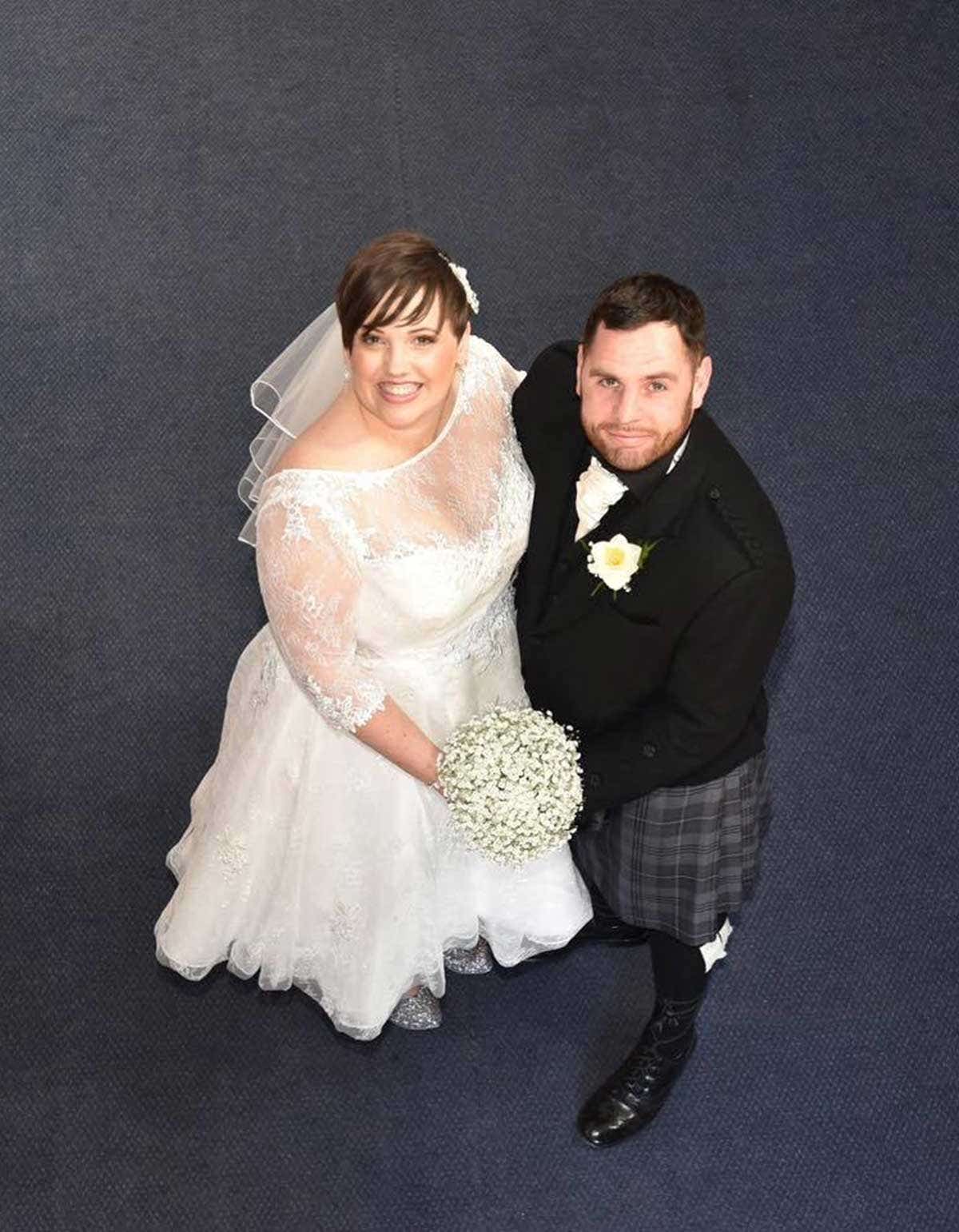 Ronny and Martyn met online but after an intense few weeks of chatting Martyn decided he wasn't ready for a relationship. “It didn't take him long to miss me though and ask me on a date!” says Ronny. “He travelled 190 miles to meet me and spent almost four hours on the train. We went for a pizza and a film at my local cinema and spent hours talking. I dropped him off at his B&B at 2am and we were back together by 6am the next morning!” 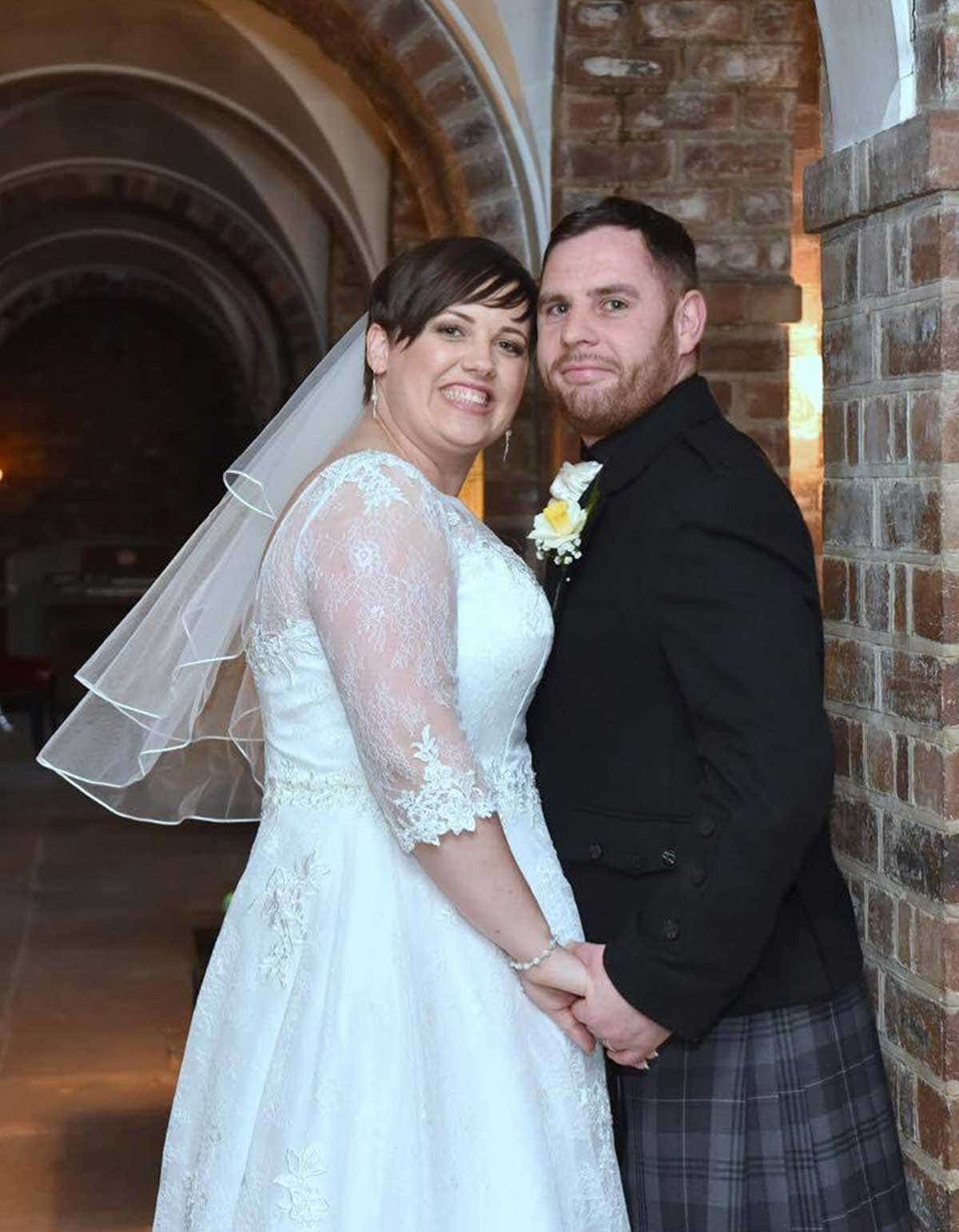 “Martyn proposed after nine months and I was very surprised,” says Ronny. “I arrived home to find the kitchen covered in rose petals and over 200 tea lights spelling out ‘Marry me’! He was down on one knee with a ring in his hand and I closed the door and hid - I think I was in shock!” 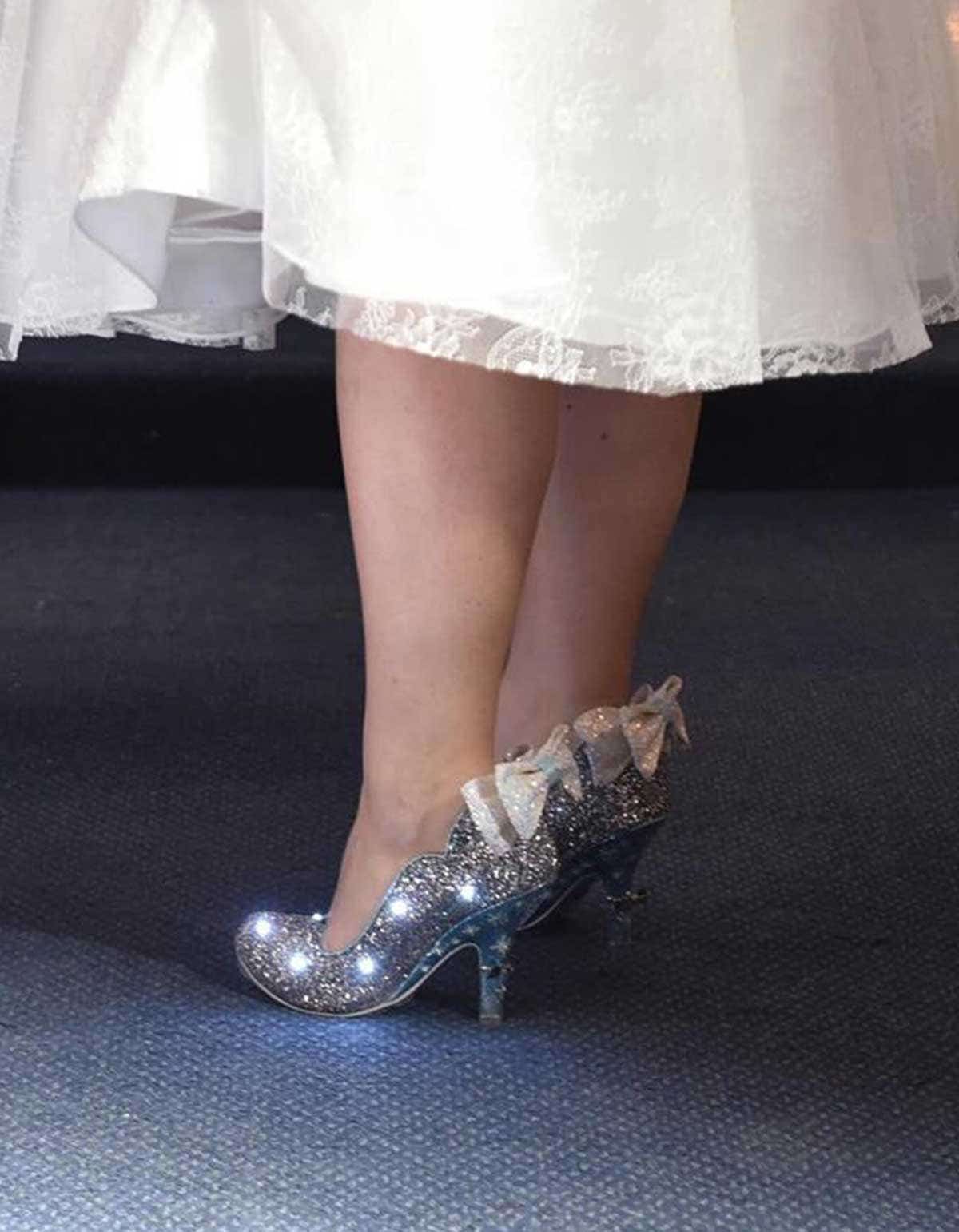 After finding the most amazing pair of light-up shoes Ronny needed a tea-length dress to show them off. “I wore WED2B’s Rosabel, which was just stunning,” she says. “Martyn's face was an absolute picture when he saw me, he loved the dress.”

“Everything about the store was perfect,” says Ronny. “My WED2B consultant was so lovely, there was no pressure and even though I knew the dress I wanted she didn't mind me trying on quite a few others (to please my friend more than me!). The Liverpool store is also so gorgeous, modern and spacious. I hadn’t planned to buy a veil but the assistant gave me a short one to try on and my friend began crying, so I knew I had to buy it!” 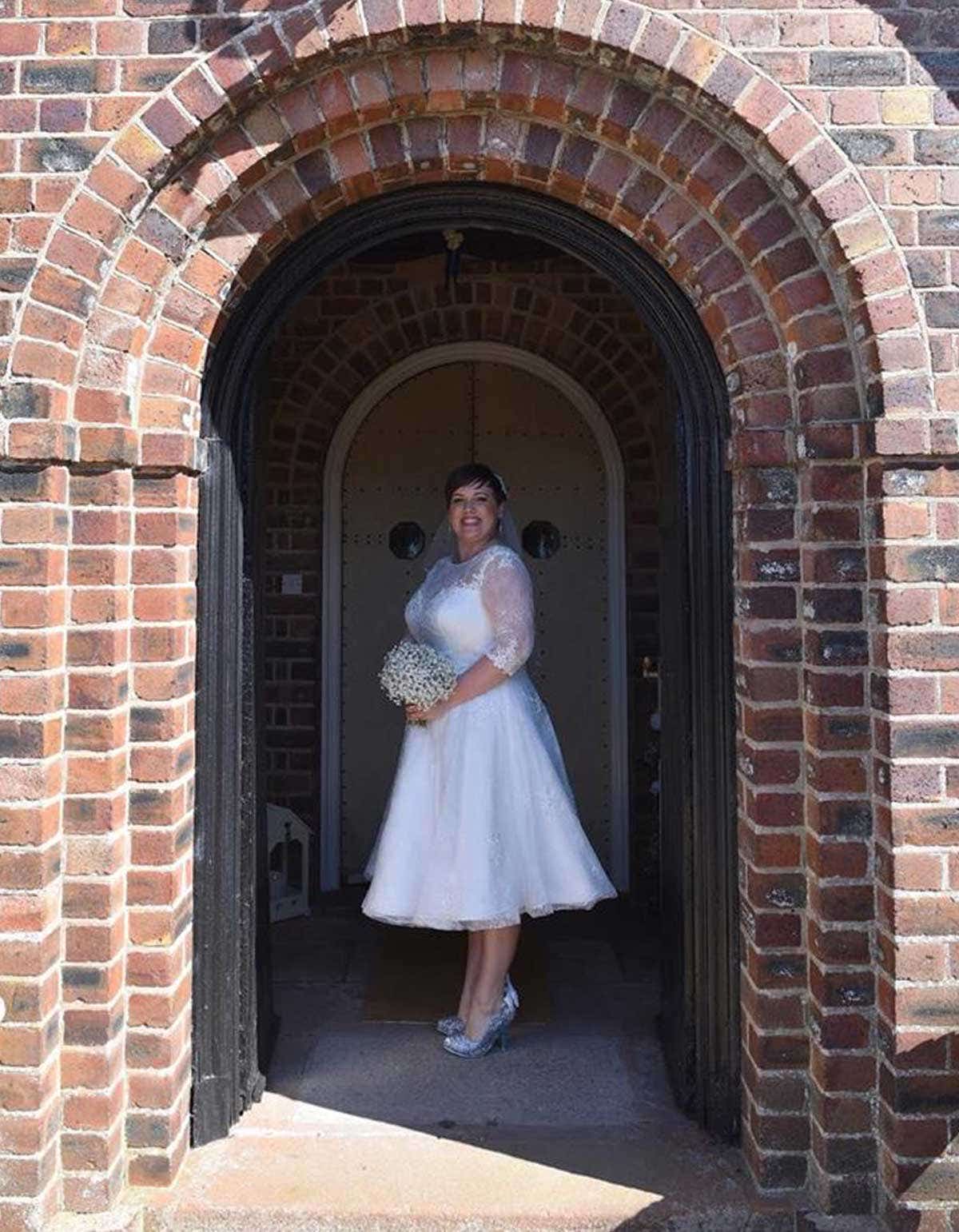 The couple married at Gretna Green, in a ceremony for just the two of them. “We chose Anvil Hall because it was so romantic and off the tourist track,” says Ronny. “There was also a web cam which meant our family and friends could still be a part of our big day. I walked down the aisle to ‘Amazing Grace’ on the bag pipes. It was a very simple ceremony and my favourite memory is when the minister asked for a video of my shoes before he left! 4,000 weddings and he'd never seen anything like it - Martyn said he felt like he married the shoes too!”

Afterwards they had some photos taken and Face Timed family before heading to Smiths hotel for a wedding meal. “We had a private dining alcove for just the two of us, which was so romantic. I loved every second of the day,” says Ronny. “The only thing I would do differently would be to practise walking in my heels a bit more. I was a bit like Bambi! 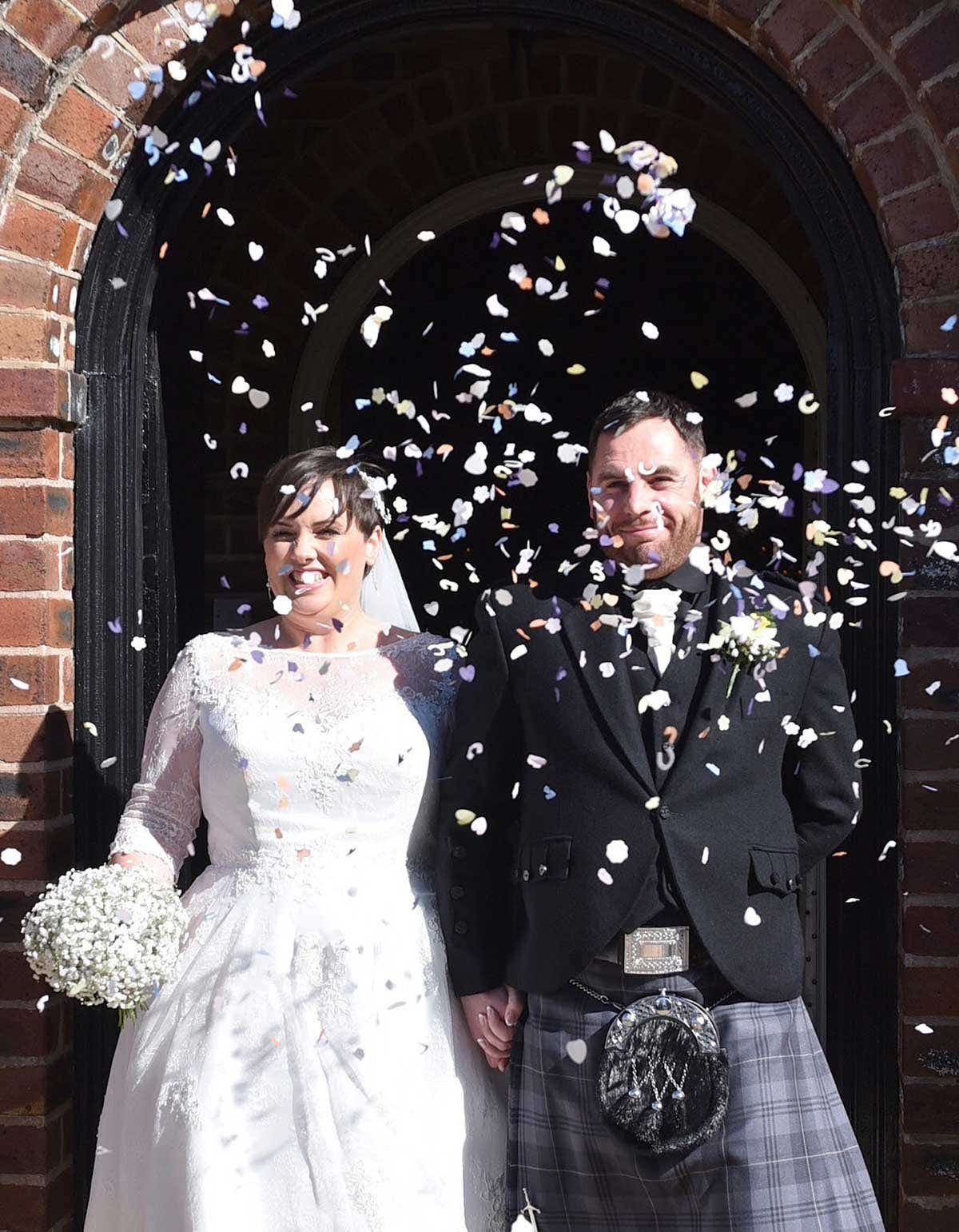 Did your wedding have the wow factor like our Real Weddings Liverpool feature? If you would like to be a part of our real weddings feature send your favourite photo to info@wed2b.co.uk and we’ll be in touch!