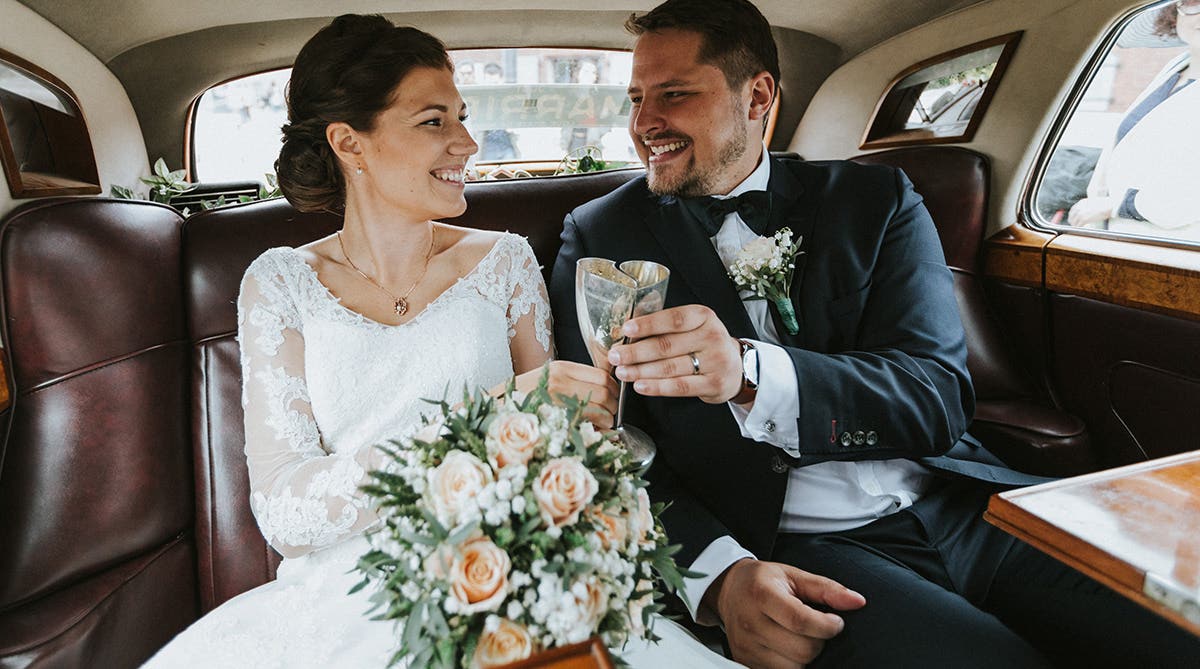 Despite only seeing the wedding venue the week before the big day this couple’s wedding was a fabulous day of fun and laughter. Our WED2B Real Weddings Manchester feature reveals more: 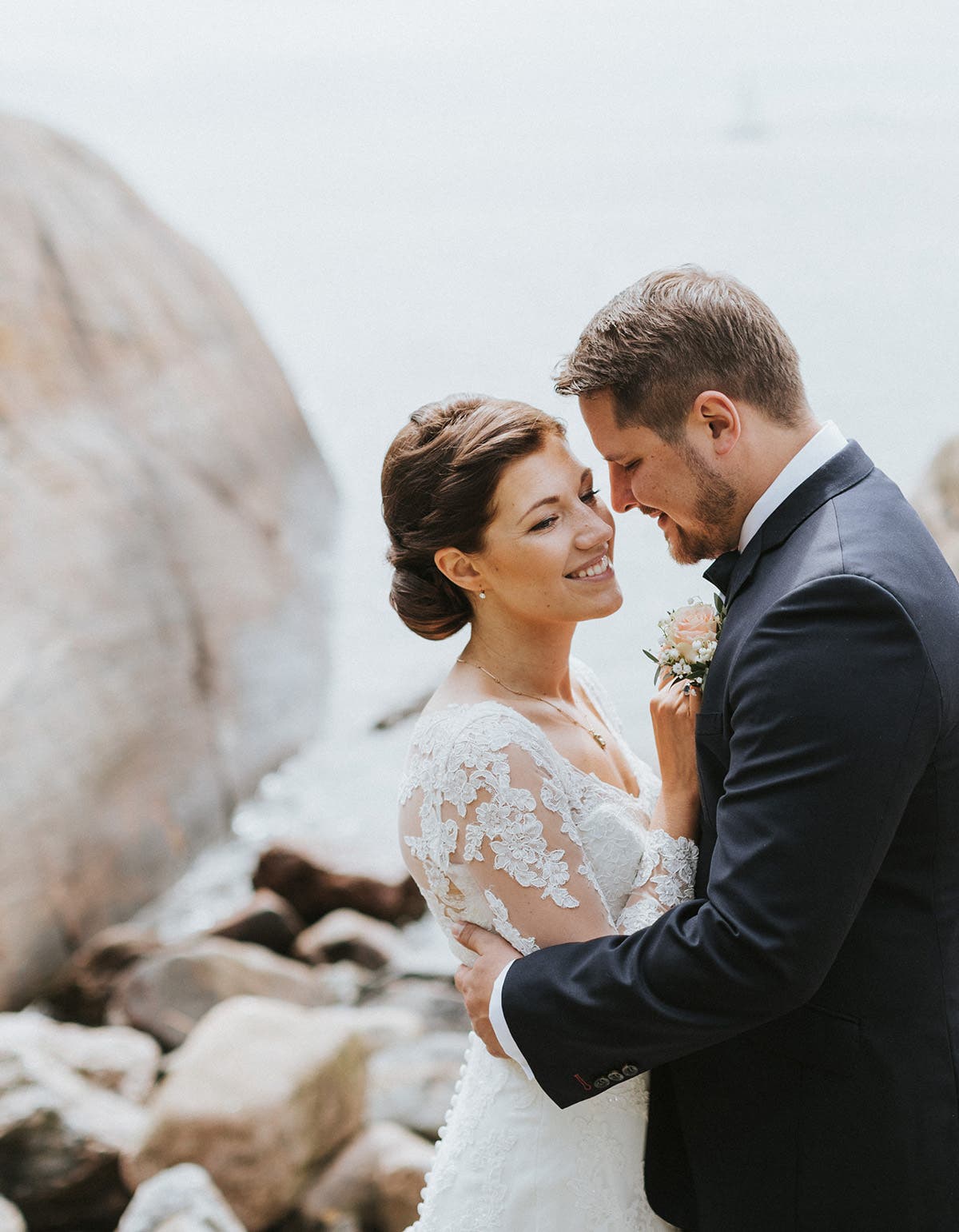 Anna and Christopher met in Helsinki, Finland, and their first date was at a small café. “We were supposed to go for a quick coffee but ended up talking for hours,” says Anna. Later during a  trip to Tenerife in October 2016 Chris proposed under the stars by the cliffs in Los Gigantes. “It was perfect and very romantic,” smiles Anna. 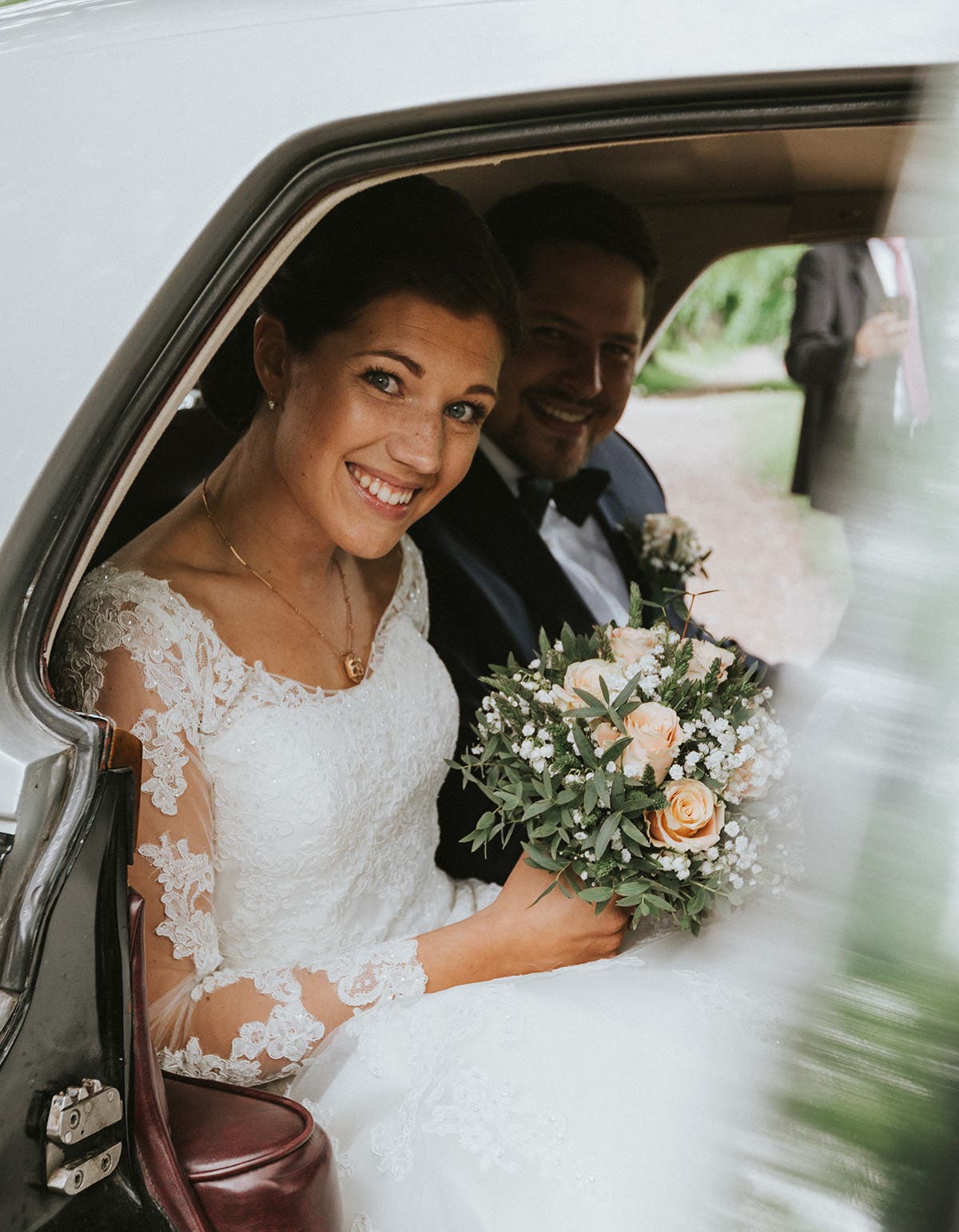 WED2B’s Bolton store was the bride-to-be’s first stop in the search for the perfect dress. “I tried on a couple but I couldn’t find what I was looking for,” she says. “The friendly, helpful staff offered me lots of ideas and suggestions. When I saw a picture of Anna Sorrano’s 'Catherine' I knew I wanted to try it on. Unfortunately, the dress wasn’t available in Bolton so the staff kindly reserved one in my size in the Wrexham store. When I got to Wrexham and tried it on I just knew it was the one. I bought the dress on the spot and took it home with me the same day!” 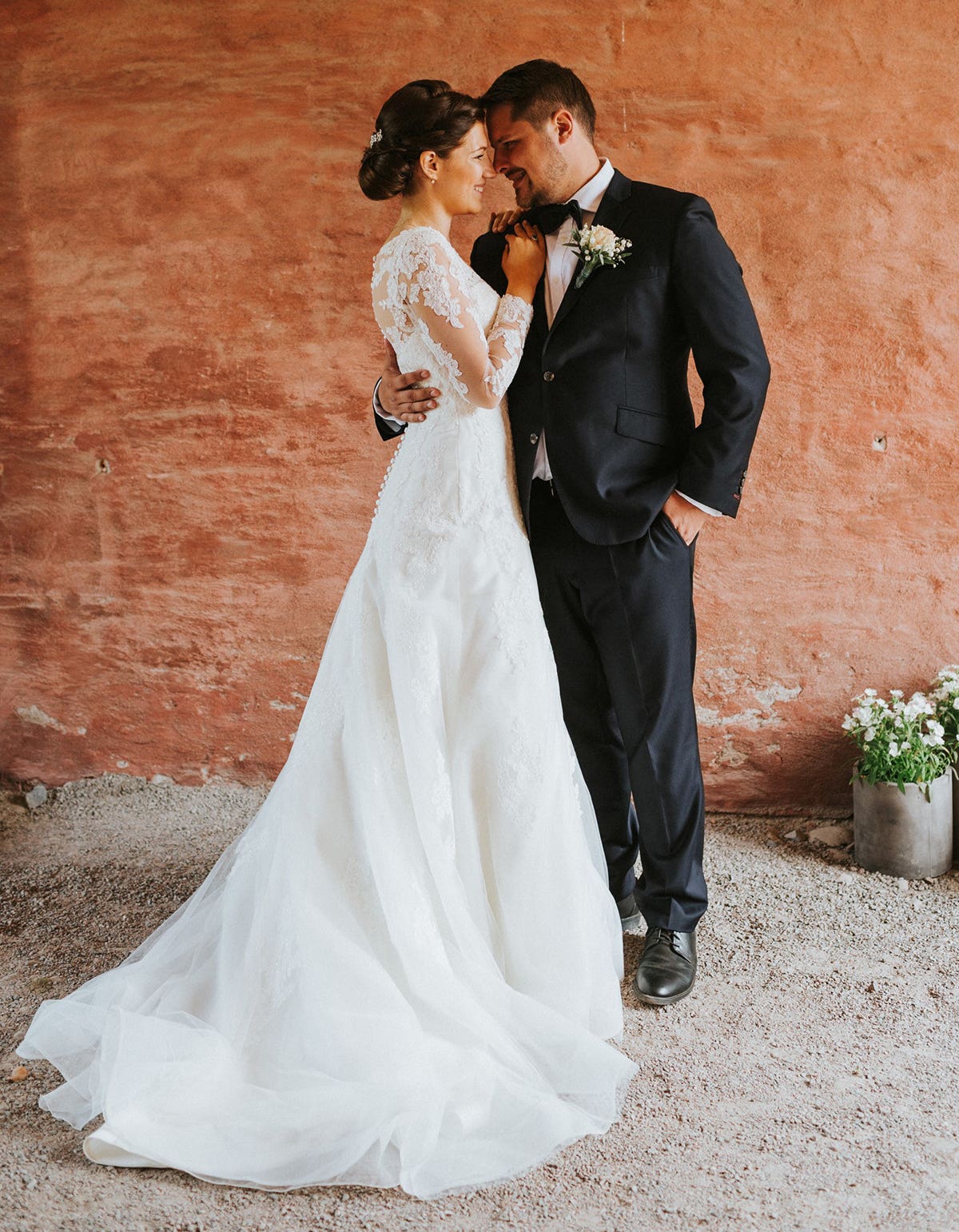 The wedding venue was an old sea fortress on an island outside of Helsinki. “Tenaille von Fersen was built in 1775 and has rough tile vaults and grand windows, which gave it a unique atmosphere,” says Anna. “We chose it because the space was beautiful but mostly because we love the Finnish archipelago and wanted to marry by the sea. During the wedding planning we lived in Manchester and later on in Edinburgh so we had only seen pictures of the venue. The first time we saw it in the flesh was just one week before the wedding. Luckily it looked even more amazing than in the pictures, so we were happy and pleasantly surprised!” 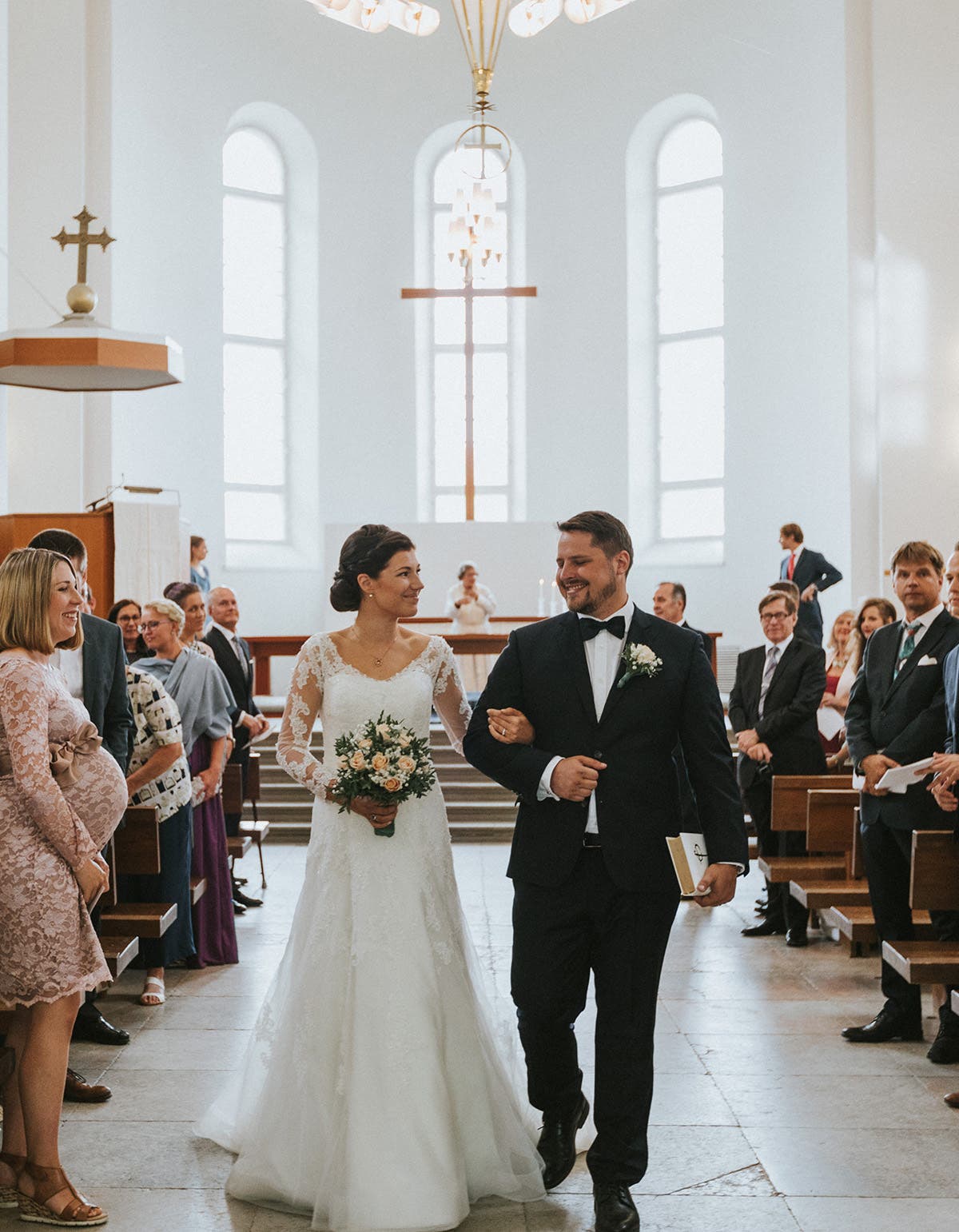 A bright and beautiful ceremony

On the big day the couple walked down the aisle together to J. Pachelbel’s Canon in D. “The sun was shining and the church felt so bright, it was beautiful,” says Anna. “My favourite memory was exchanging rings. We both felt happy and so lucky to have found each other. We walked out to 'Scotland the Brave'. It was such a happy moment, including that small piece of our home away from home.” 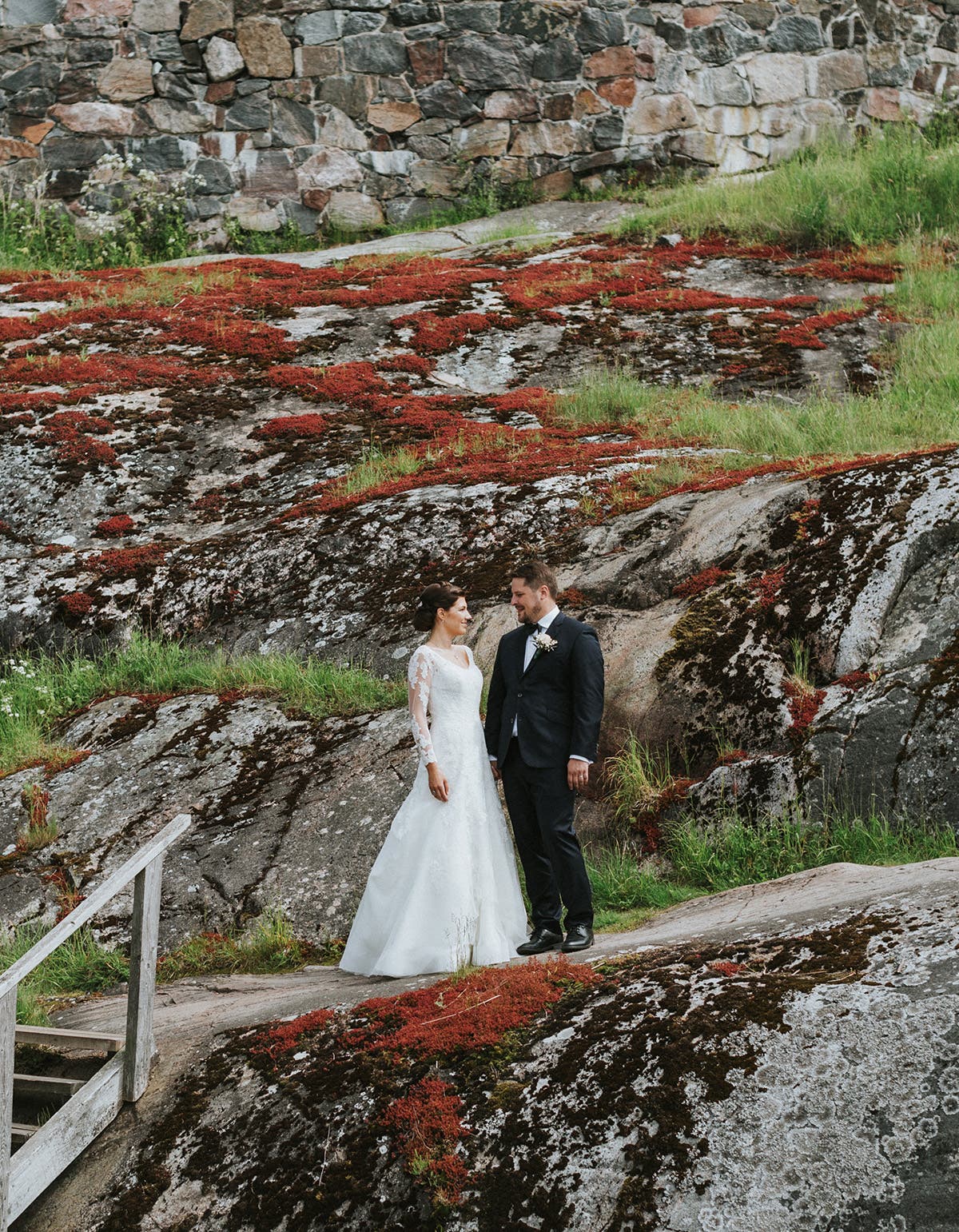 After the ceremony guests enjoyed Champagne before everyone sat down to dinner. Then the couple danced their first dance to ‘Annie’s Song’ by John Denver. “Chris was singing along as we were dancing, which I thought was really cute,” smiles Anna. “After this everyone joined us on the dance floor, the band kept playing and everyone danced all night. During the evening Chris’s friends performed their own version of Abba’s ‘Super Trouper’. We laughed so hard and that song has been stuck in our heads ever since!” 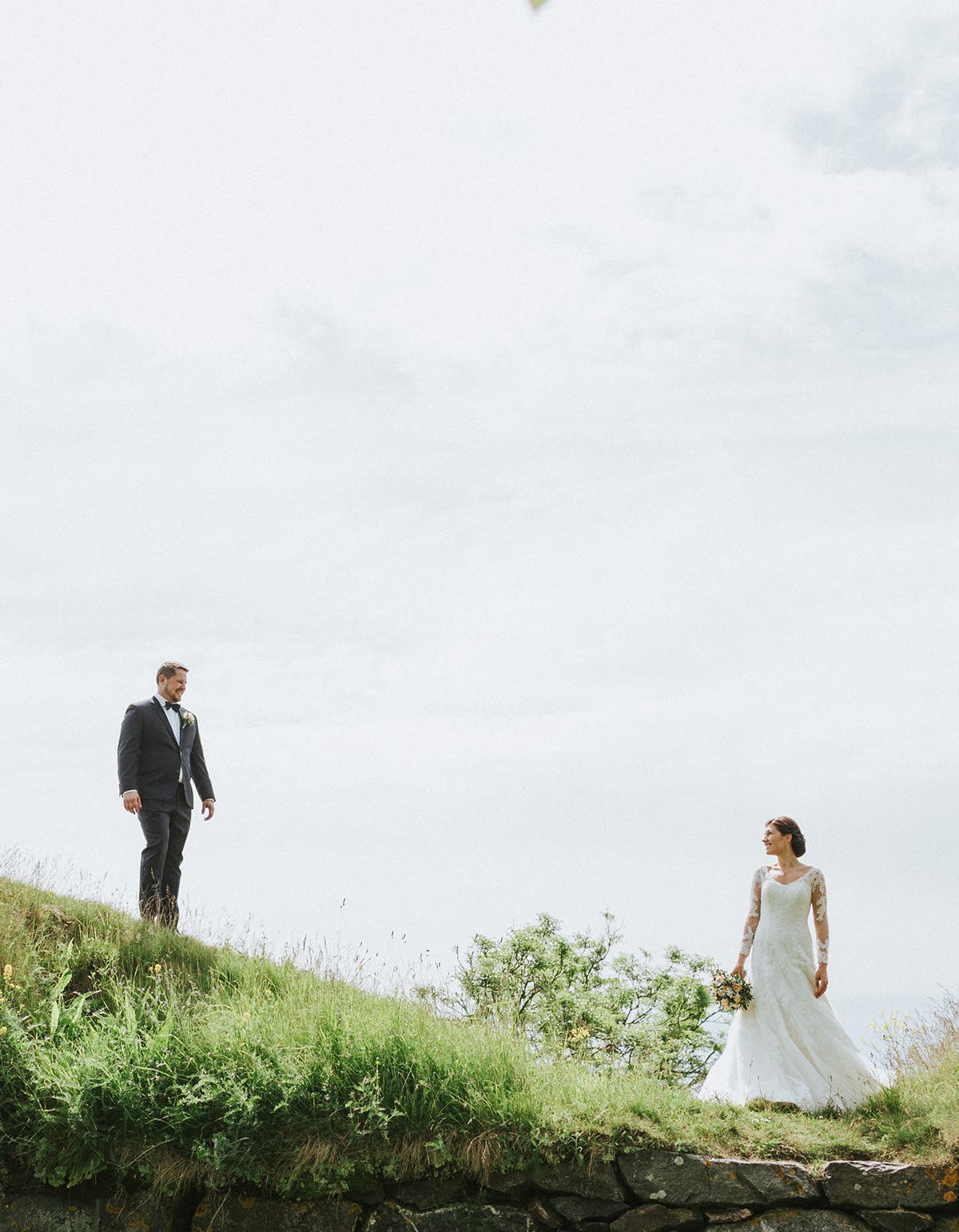 “The whole day was just amazing, from start to finish. We had such a wonderful time having  everyone we love in the same room and being able to celebrate with them. That’s all you really need.” 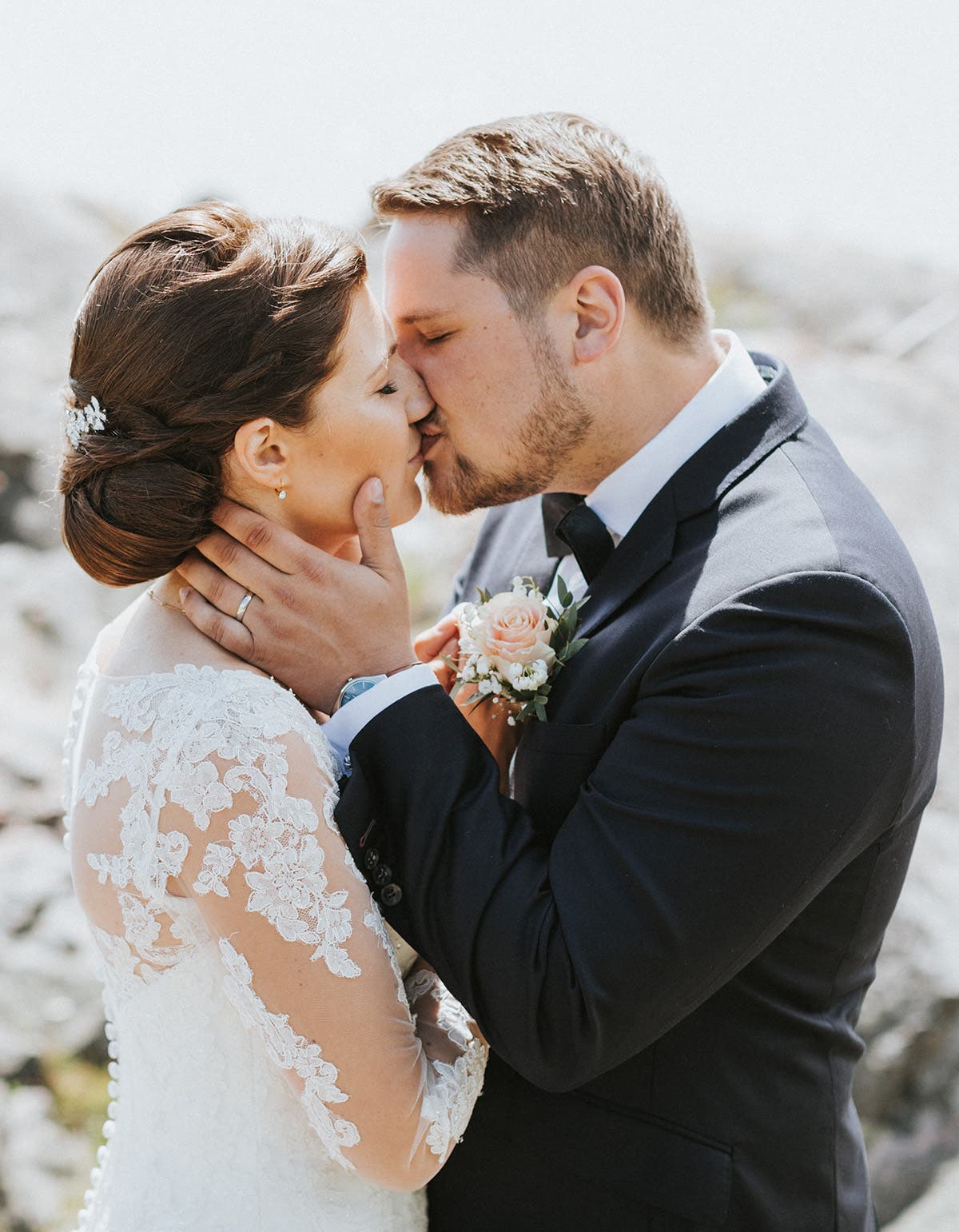 Did your wedding have the wow factor like our Real Weddings Manchester feature? If you would like to be a part of our real weddings feature send your favourite photo to info@wed2b.co.uk and we’ll be in touch!