St Mary’s Church Centre in Reigate was the ideal location for Gem and David’s dream day. Our WED2B real weddings feature reveals more about their story: David and Gem first met at a fancy dress party on the River Thames...

St Mary’s Church Centre in Reigate was the ideal location for Gem and David’s dream day. Our WED2B real weddings feature reveals more about their story:

David and Gem first met at a fancy dress party on the River Thames. “It was a ‘Tarts and Vicars’ party but for some reason he was dressed as a sailor,” laughs Gem. “We didn’t see each other for a year after that but met again when we went to a Biffy Clyro gig with a mutual friend. We’ve spent almost every day together since then.”

Romance on the River Thames

David proposed where the couple first met, on a boat on the Thames. “I had absolutely no idea,” says Gem. “It was a Monday morning and I woke to a text from him saying that I didn’t have to go to work and that it wasn’t going to be a normal day. My first reaction was to text a couple of friends and freak out!”

Gem wore WED2B’s De Carlo dress for her big day. “I saw it on the WED2B website and fell in love with it straight away,” she says. “I’m a curvy girl so I was really nervous about finding the right dress but the assistants at the Southampton bridal store were lovely. They made the whole process really easy and fun.

“I wanted something sexy but modest and the De Carlo was the third dress I tried on. I had that fuzzy, happy feeling people talk about and my mum cried, so it was definitely ‘The One’!” 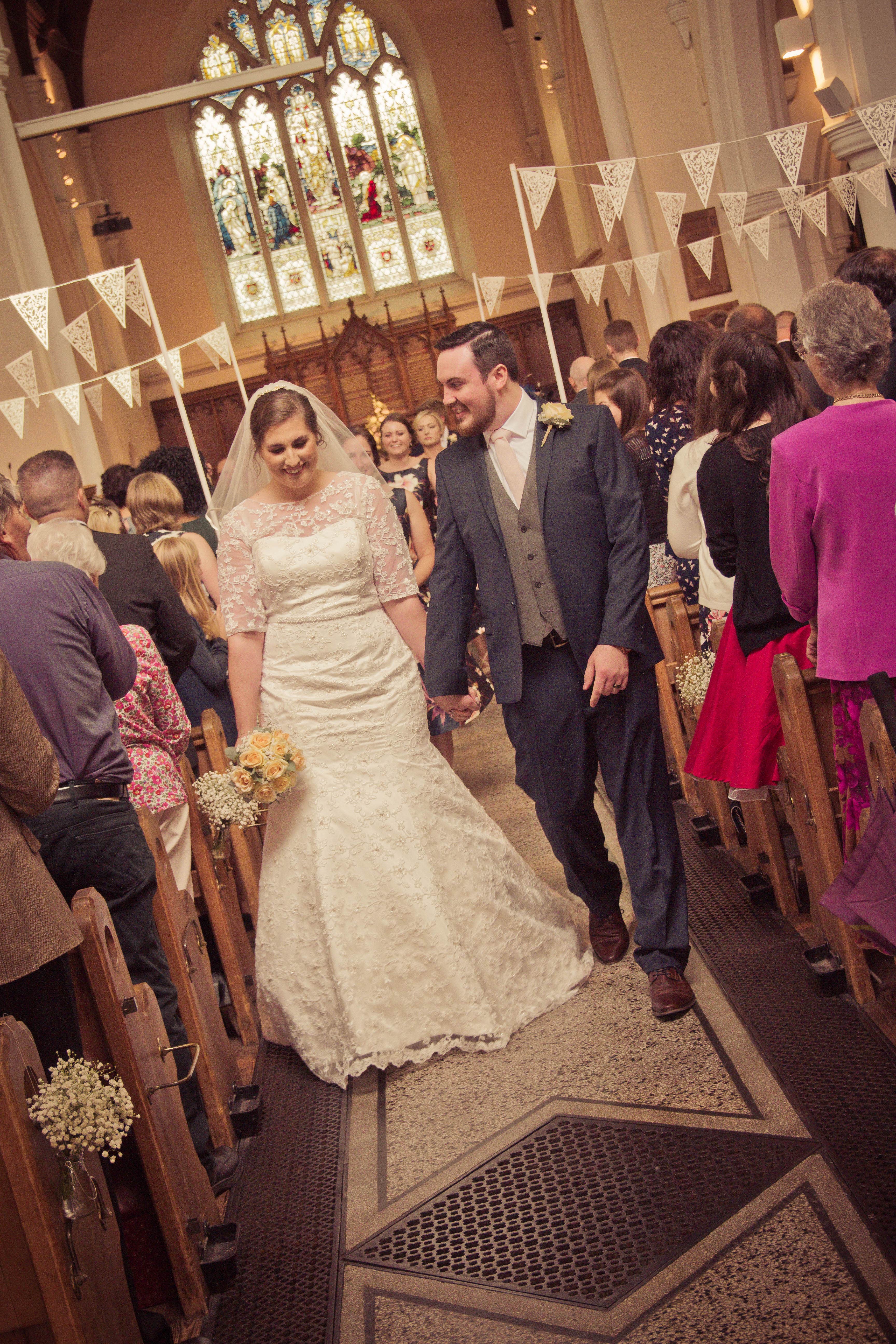 The couple married at the Holy Trinity Church in Redhill that they both attend. “It’s a beautiful building and we are both Christians so it felt right,” says Gem. “My favourite memory was walking down the aisle and seeing David’s face, while our best friends sang ‘Draw Near’ by Jeremy Riddle. That feeling will never go away!” 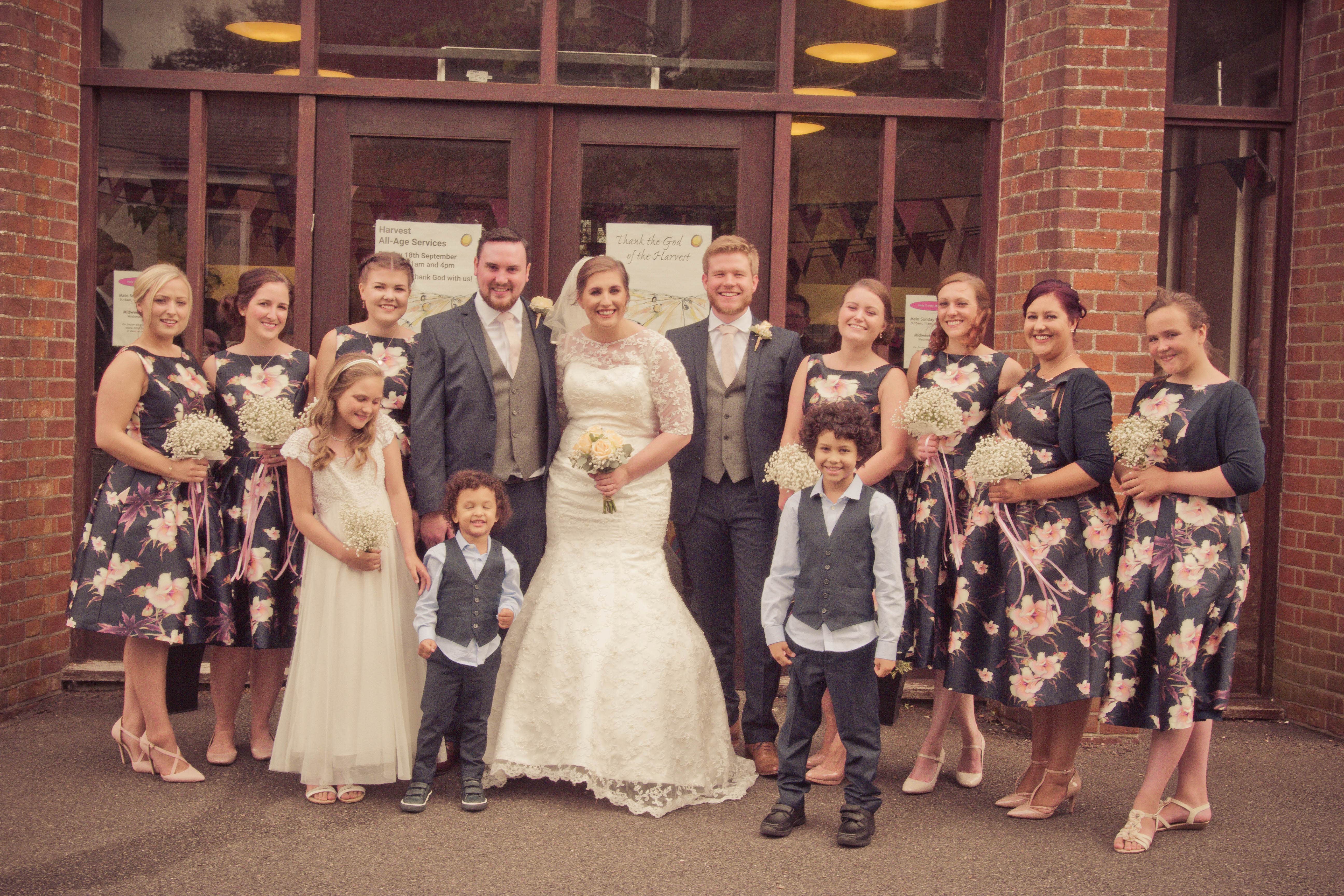 After the ceremony guests headed to St Mary’s Church Center in Reigate to enjoy Prosecco and nibbles followed by a hog roast. “In the evening there was also a buffet and some pretty fantastic dancing!” says Gem. “We aren’t super formal people so we loved the great chilled out vibe, it was perfect.”

Did your wedding have the wow factor? If you would like to be a part of our real weddings feature click here to send in your details and we’ll be in touch!