A ceremony overlooking the Mediterranean Sea followed by a beach-themed paradise party was everything this couple could ask for their big day. Our WED2B Real Cyprus Wedding feature reveals more: 6 years ago, when Kelly was working in a coffee shop...

A ceremony overlooking the Mediterranean Sea followed by a beach-themed paradise party was everything this couple could ask for their big day. Our WED2B Real Cyprus Wedding feature reveals more:

6 years ago, when Kelly was working in a coffee shop, Adam was one of her customers. "He came in on a Friday evening and we got chatting," Kelly says. After that first night, Adam came back every Friday for another 6 weeks before giving Kelly his number. "The rest, as they say, is history!" 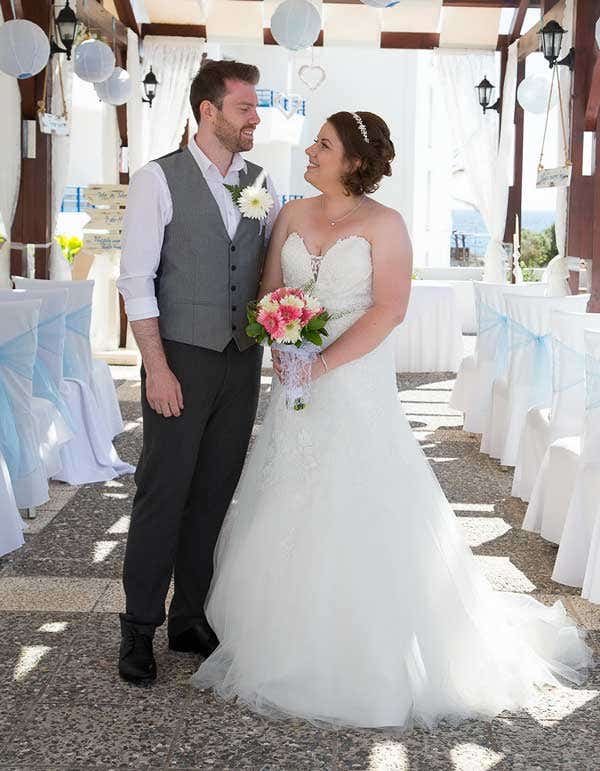 Adam asked Kelly to be his wife on Christmas Day, 2015. "We had just picked up our new Labrador puppy, Nala, so we were excited to be spending the day at home as a family of 3." Unwrapping her presents Kelly saw a jewellery box she assumed were new earrings, but, to her surprise, it actually turned out to be her ring! "I turned around and Adam was holding Nala, he said 'will you marry us?'". Kelly was extremely surprised by the proposal, "I cried for the first 5 minutes! I had been dropping, not so subtle, hints for years but I didn't think it was on cards as we'd just bought our first house and a puppy!"

Kelly wore Verity from The Signature Collection. A wedding abroad on the cards, Kelly had an idea in her head about the dress she wanted... and Verity was not it! "It was the complete opposite of what I thought I wanted!" Kelly says, "but when I put it on, I felt so beautiful!" She fell in love with the stunning lace and sparkly beaded belt feature.

Kelly visited WED2B's Bristol store. "My store experience was brilliant and very relaxed," she says, "the store advisors were so patient with me!" 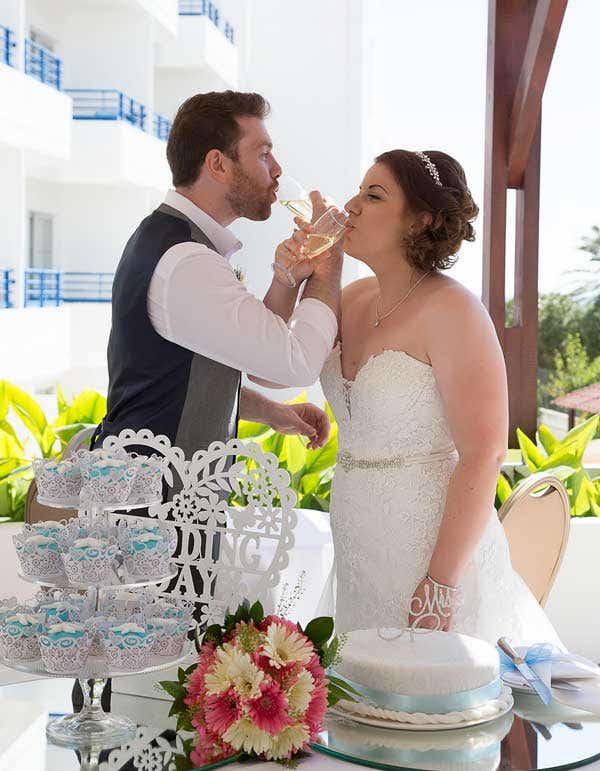 The couple married on a terrace overlooking the Mediterranean Sea at the Louise Ledra Beach in Paphos. Kelly's dad walked her down the aisle to I'm Yours by Jason Mraz. It was an emotional moment for them both, "luckily we managed to keep ourselves composed as I wasn't wearing waterproof mascara!"

After the ceremony, they had a champagne reception, cut the cake and had a group photoshoot around the hotel grounds and at the beach. Afterwards, everyone sat down for their impressive 6-course wedding breakfast, "it was incredible!".

Taken to the beach at sunset, Kelly and Adam captured their beautiful wedding photos. "We then returned to the party to laugh away at the speeches," Kelly says. A memorable entertaining moment for the couple was the best man speech. "With loads of sarcasm, humour, wit and the odd embarrassing innuendo, it was the highlight of the evening and kept everyone entertained." 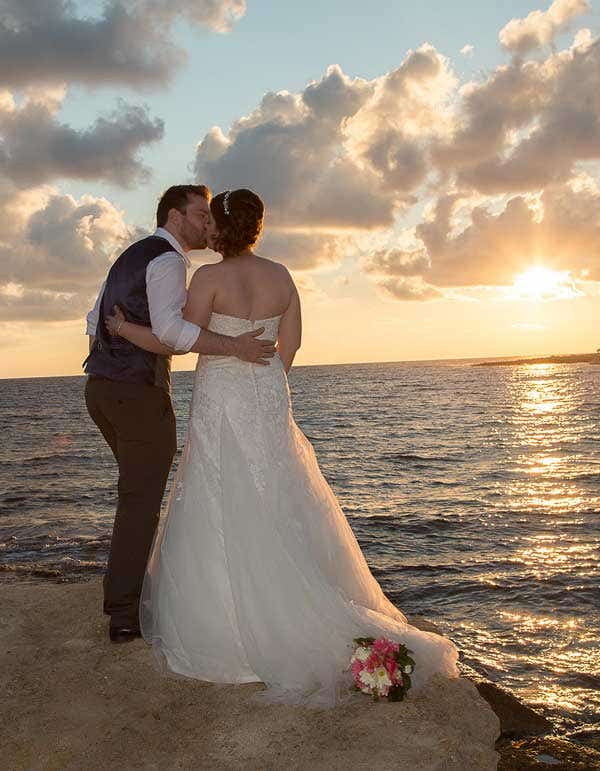 As for the rest of the evening was spent in the Cypriot evening breeze playing card games, dancing and enjoying a few drinks. "It was perfect," Kelly says.

Cyprus and the sea inspired this couples "beach themed" wedding. "We had beautiful flowers, lanterns, and sand and shell filled vases with candles everywhere," Kelly says.

As for the cake, the couple had a traditional white icing sponge cake but also offered a cupcake tower too. "They were amazing! They were decorated with white and blue icing with seashells and starfish on top." 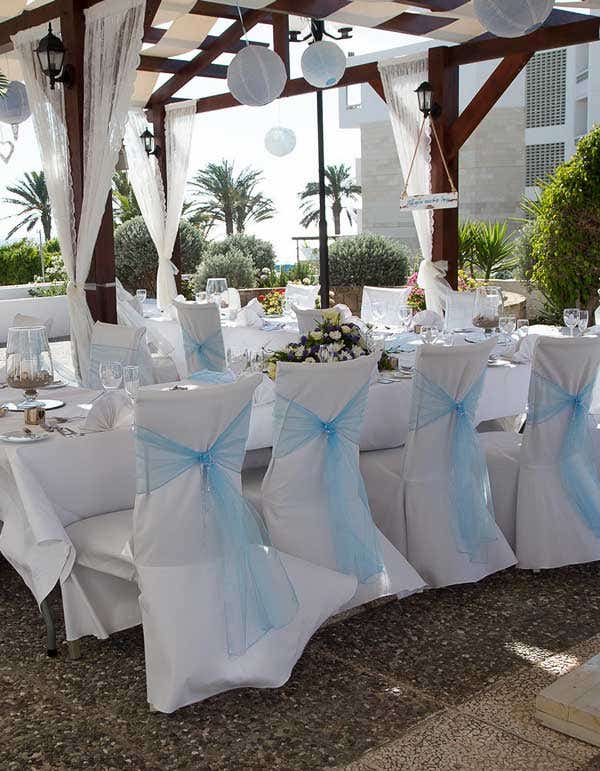 "The day was everything we could have ever wanted. Getting married abroad definitely allowed us to enjoy the entire day and not stress about a thing."

If you love the elegance of Verity just like Kelly, you will also like Lara and Amanie. Both are beautifully feminine strapless gowns in a fit and flare shape.

Finally, if you're planning a Cyprus wedding take a look at our guide to weddings abroad for more information.