This couple’s stylish marquee wedding included drinks, dancing and even a chimney sweep! Our WED2B Real Weddings Cardiff feature reveals more: Abi and Mark first met at their local gym and enjoyed a first date at a nearby pub. Mark...

Abi and Mark first met at their local gym and enjoyed a first date at a nearby pub. Mark proposed in July 2017, while the couple were on holiday in Cyprus. “Mark did go down the traditional route of a phone call with my Dad,” says Abi. “He wanted to do it face to face but, Mark being Mark, left it to the last minute!” 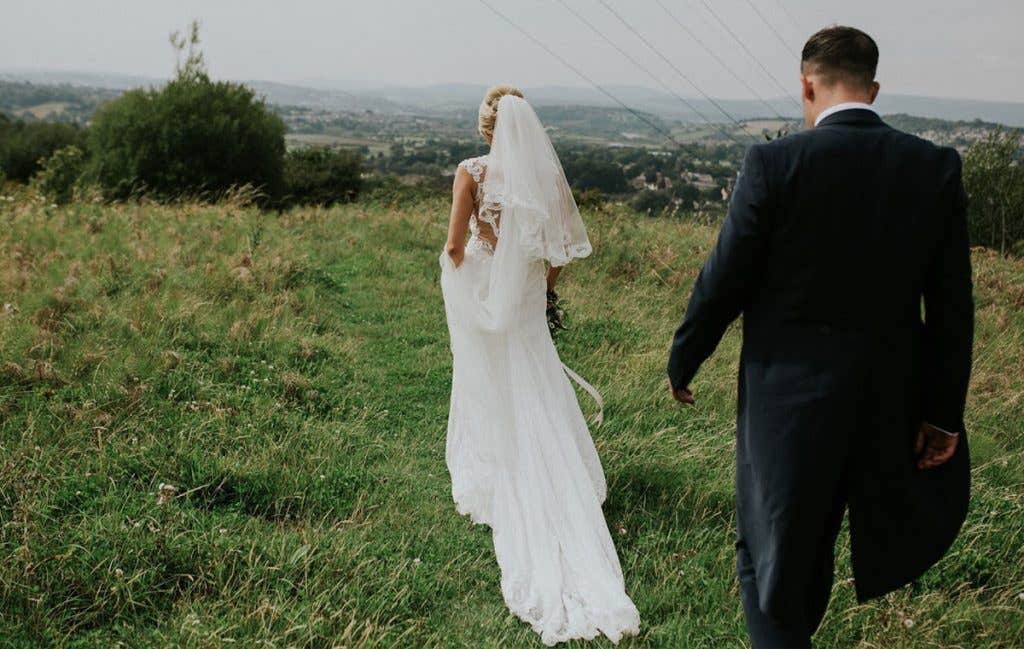 The Cyprus holiday was a present for Mark’s 30th birthday. “Cyprus is my favourite place and we were there with two of our best friends, who were in on the surprise,” says Abi. “They headed back to their hotel room while Mark and I went for a walk. Mark took me to my favourite spot on the seafront and, after taking in the views, I turned around and found Mark on one knee. Afterwards, we headed to a local bar where our best friends were waiting with a bottle of Champagne. It was perfect!” 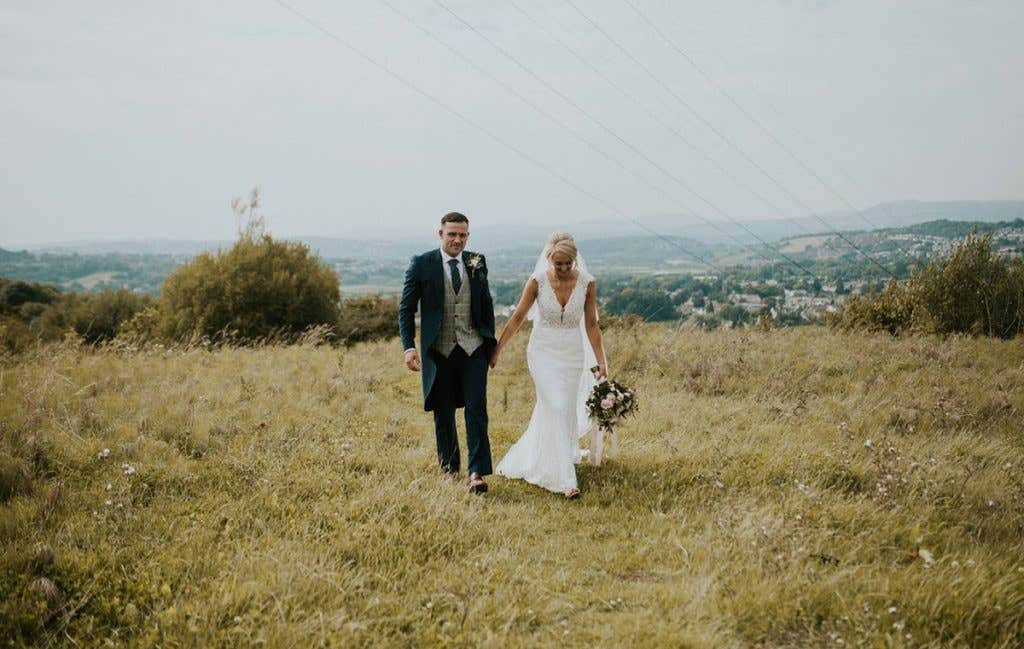 Abi and her Mum visited WED2B’s Cardiff store and the second dress she tried on was The One. “I wore the Eleni dress,” she says. “It fitted perfectly and I also loved the two-tone effect. It was totally different from anything else I had seen. I also bought a WED2B veil with two layers so I could wear it over my face in the church and then drape it over my back later, which looked beautiful.” 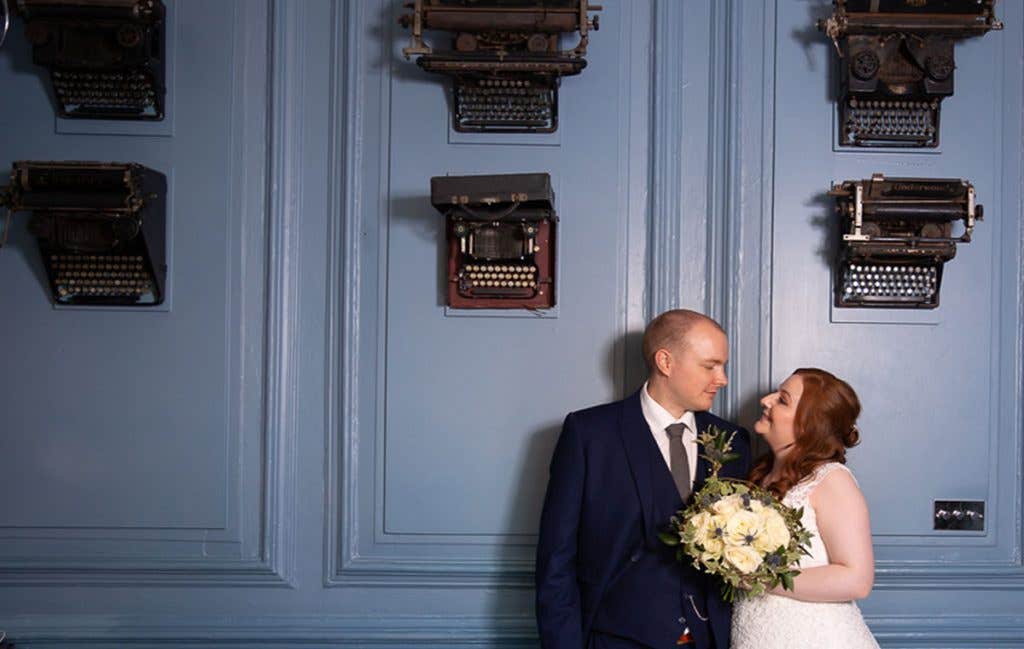 The wedding date was 1st September 2018. “Our ceremony was in St Basil’s Church, Bassaleg,” says Abi. “My Dad walked me down the aisle and we had two readings, one religious and one non-religious. We also had the Dragons Choir singing, which I arranged as a surprise for Mark. My favourite memory was seeing Mark’s face when we met at the altar. The choir were also amazing!” 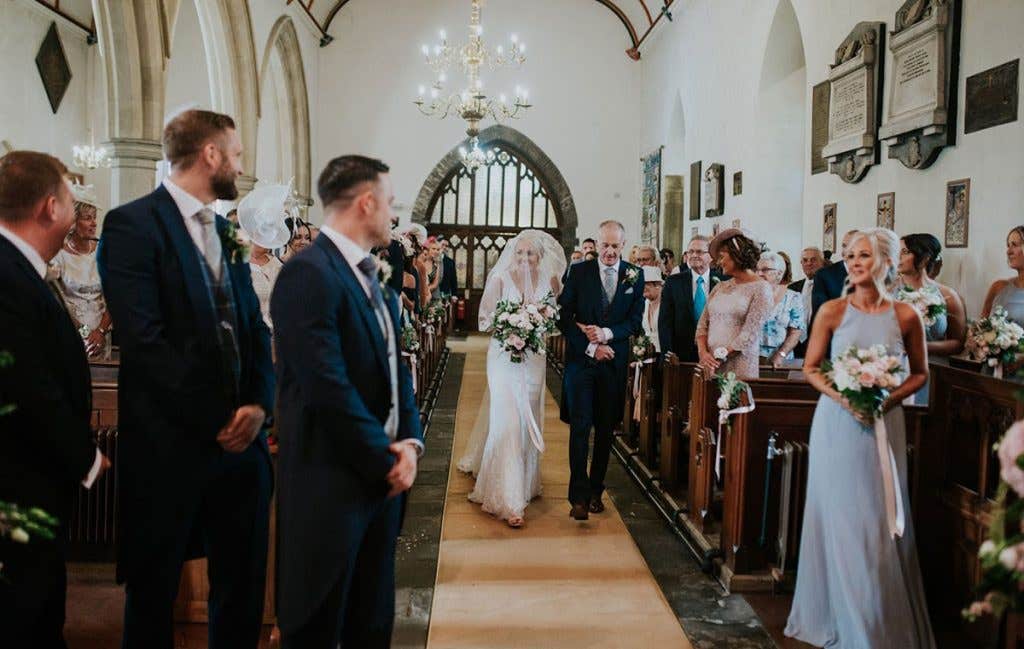 And a stunning marquee wedding

The wedding reception was held in the Chairman’s Marquee at Celtic Manor, in Monmouthshire. “The marquee was beautiful and spacious,” says Abi. “When our close family and friends arrived after the ceremony they were greeted with either bubbles or beer. Then everyone was seated for lunch where we provided a selection of wines, along with some more bubbles. There was also some surprise entertainment – a chimney sweeper!" 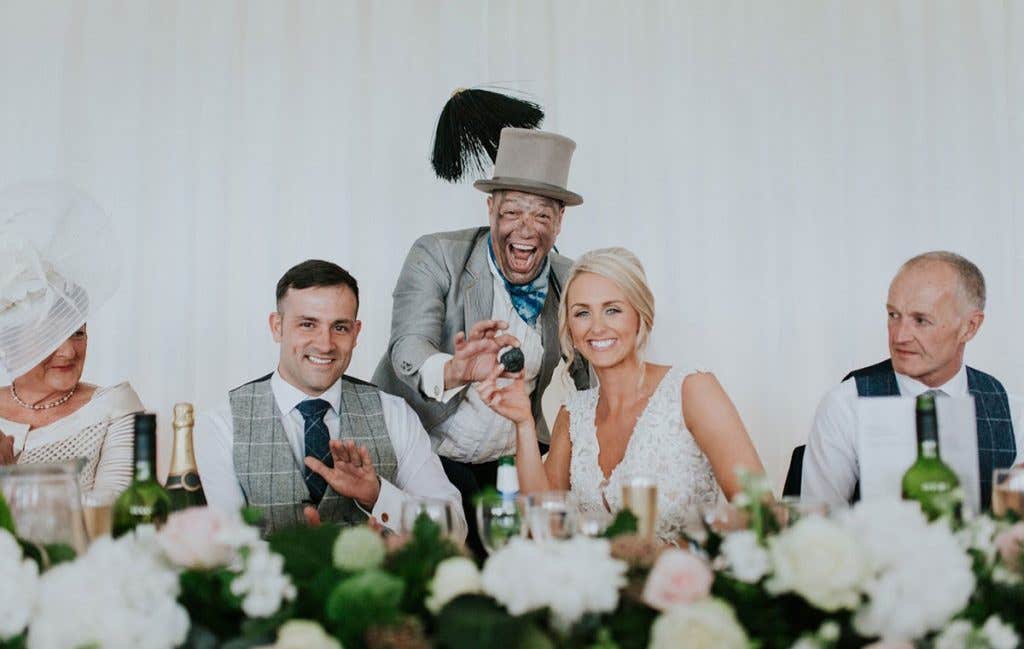 The theme was rustic and there were centrepieces made of logs plus lots of candles and jars dotted around. “I bought a lot of the decorations,” says Abi. “We collected glass jars from family and friends, which I decorated with hessian and flowers. I also made our ‘stairway to heaven’, which was a lovely way to remember family who couldn’t share our special day with us.” 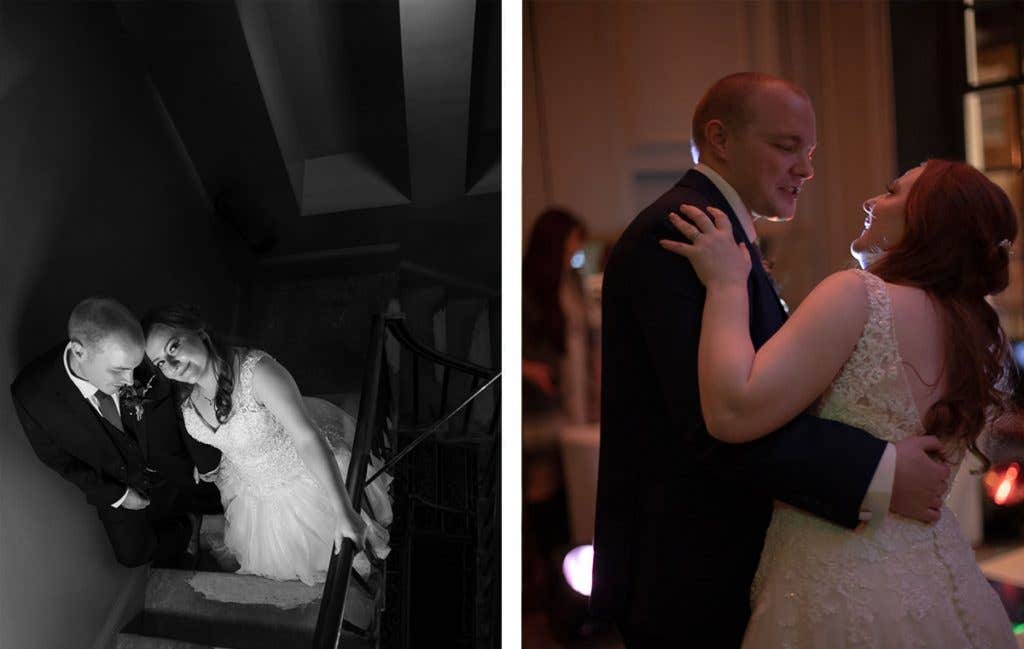 After the wedding breakfast, everyone headed outside to enjoy the views and the sunshine. “We also had some toasts with the shots we had left on the tables as favours,” says Abi. “The chimney sweep had given us a bottle of Champagne and Mark also thought it would be a good idea to spray my best friends and me, which created a great photo! The evening guests joined us from 7:30pm and then we all danced the night away to our band, Big Mac Wholly Soul Band. Mark and I had a dance-off, and our parents were doing the splits. We had such a fun night!”

Décor: Be Our Guest (beourguestevents.co.uk) and Wow Event Hire (woweventhire.co.uk) 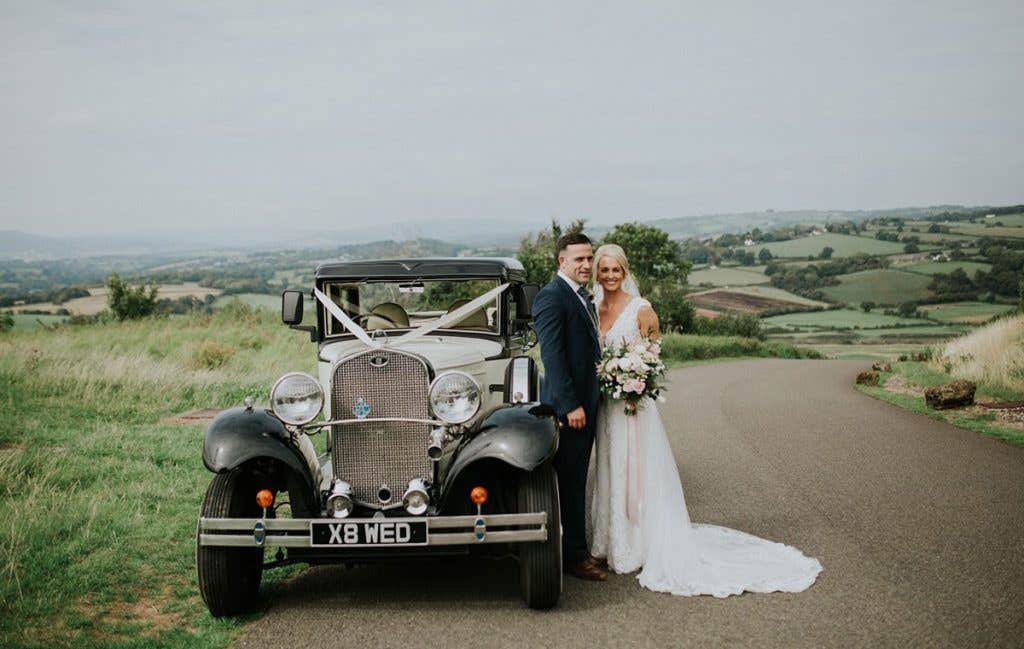 Did your wedding have the wow factor like our marquee wedding feature? If you would like your big day to be one of our real wedding features send your favourite photo to info@wed2b.co.uk and we’ll be in touch!