For this DIY bride, everything from the favours to the buttonholes was handmade with love. Our WED2B Real Weddings feature reveals more: Elizabeth and Conor met when he was in the Parachute Regiment and she was at university in the...

For this DIY bride, everything from the favours to the buttonholes was handmade with love. Our WED2B Real Weddings feature reveals more:

Elizabeth and Conor met when he was in the Parachute Regiment and she was at university in the same town. "I was his waitress and all he did was moan about the food!” laughs Elizabeth. “He proposed on 24th August 2017, on our sea-view balcony while we were on holiday in Rhodes. He pretended there was a little lizard on the balcony to get me to come out there!” 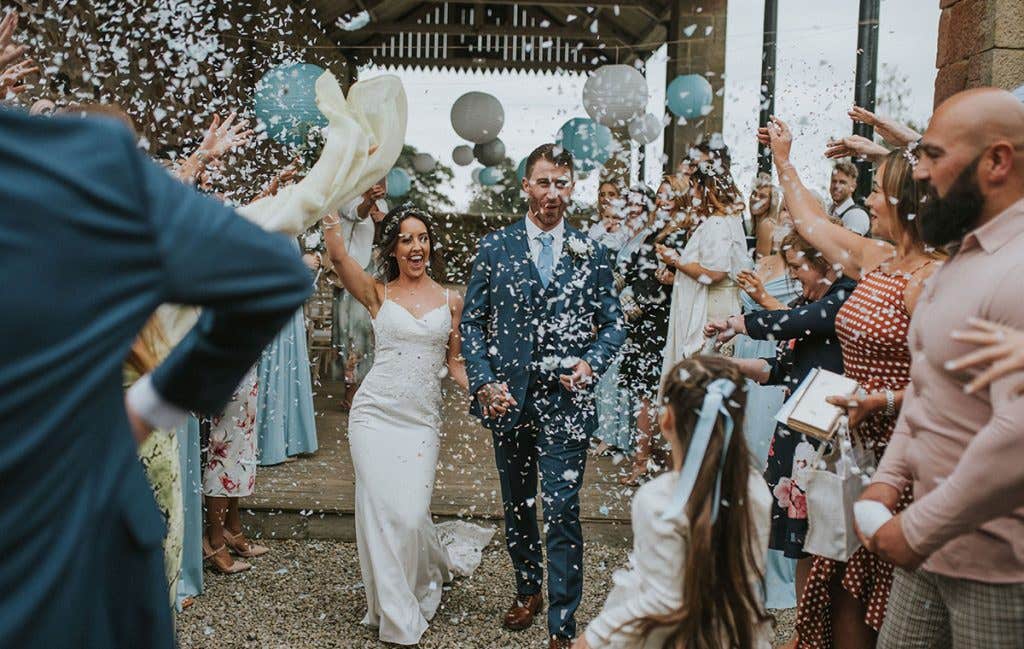 “It’s a funny story because I actually bought my dress while I was on my own, on a lunch break,” smiles Elizabeth. “My Mum and I had previously visited WED2B in Milton Keynes on a quiet Friday. I had my pick of the whole store and I tried on at least 10 dresses. I asked for Tamara to be held for me for 24 hours while I thought about it, but I never collected it! I’d also seen Hayden online, which wasn't in stock in Milton Keynes but was available in Swindon. A week later I drove, on my own, to try them both on. It was an immediate yes for Hayden. The Swindon staff were fab and acted as my bride tribe while I was on my own, which became a hilarious story to tell people!” 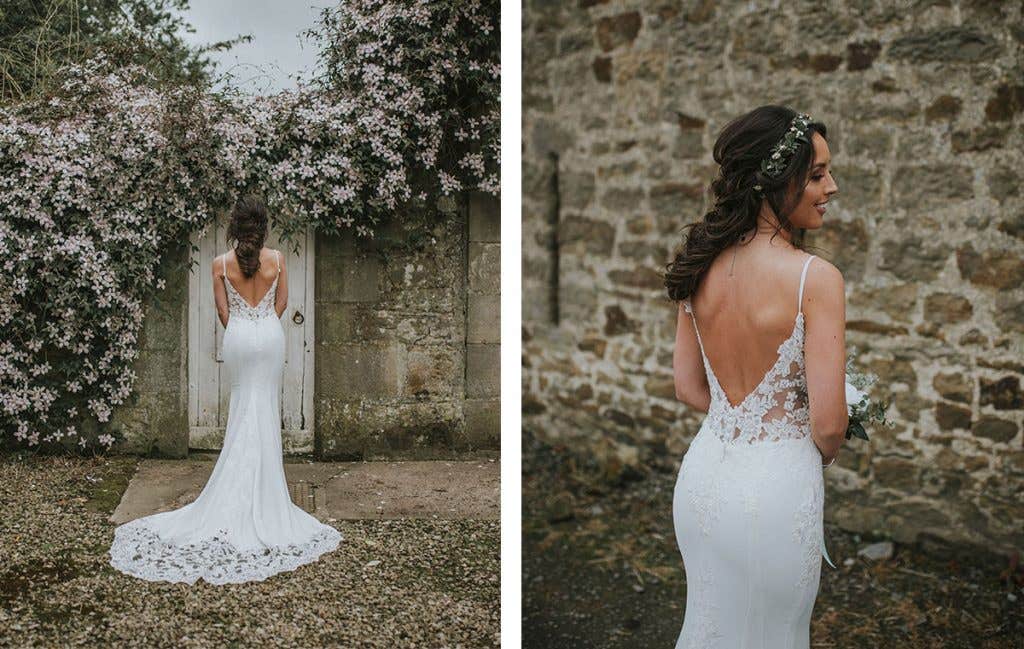 The couple chose High House Farm & Brewery just outside Newcastle for their big day. “Conor’s a Geordie boy and I’m from Oxfordshire,” says Elizabeth. “We live down south now, so it seemed only fair to have our special day up north. Our venue was an open-air barn with wooden beams and it was everything I wanted. It also had a really relaxed atmosphere and kind, helpful staff. It was the first and only venue we went to view.” 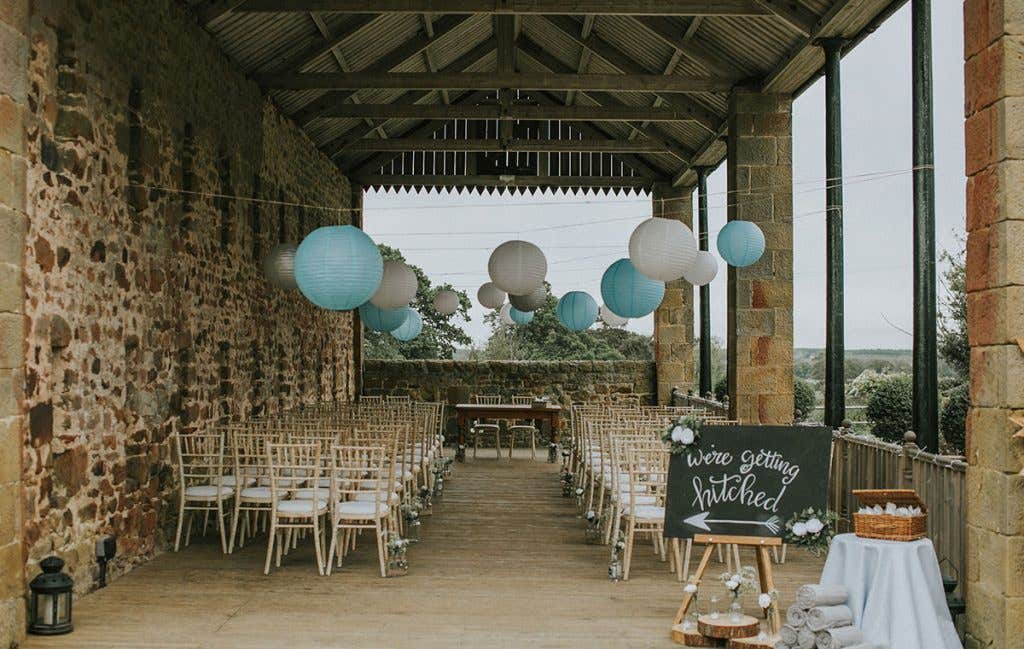 The wedding was on 1st June 2019 and Elizabeth was a true DIY bride. "I embraced and loved being a DIY bride!” she says. “That was by far the most enjoyable part of the planning process. I made my own bouquet, bridesmaids’ flowers and buttonholes. I also created my save the dates, invites and orders of service. The welcome signs, favours and table plans were all homemade, along with a postbox made from pallets. The foliage was arranged in jars and gin bottles that I’d collected and I created lawn games and activity packs for everyone too.” 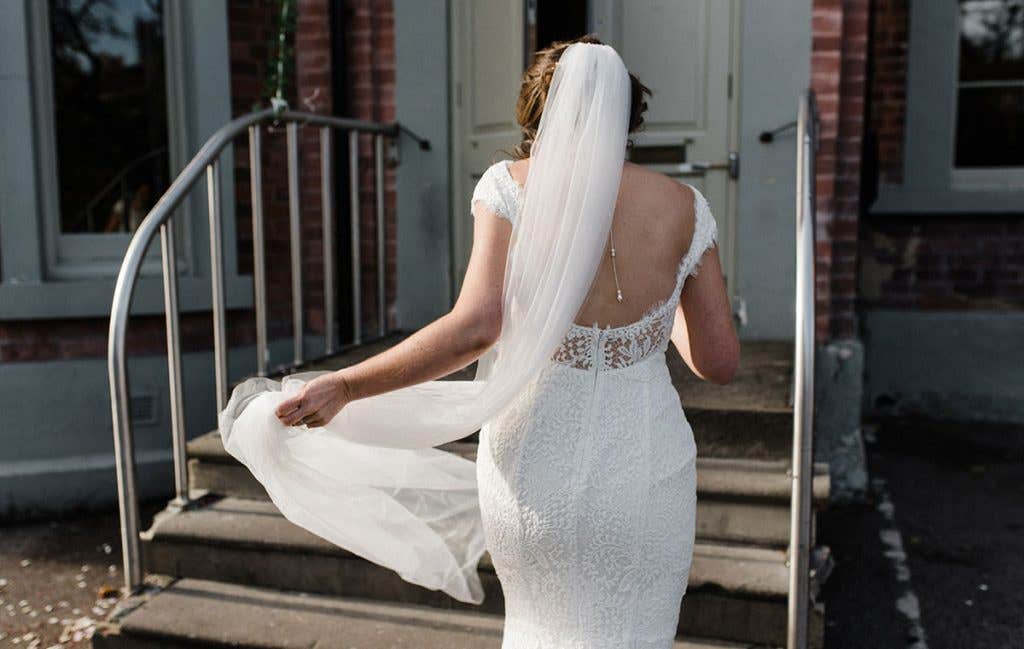 “I had a super relaxed morning,” says Elizabeth. “ My best friend Lauren did my hair, so there were lots of giggles and laughs. A surge of nerves on the car journey to the venue meant I got the tears out the way early too. I walked down the aisle with my Dad, William, to a church song I’d decided on almost as soon as we got engaged. The words are, 'Here now with you I have heaven in me, everything's changed. And I will never be without you.' It seems everyone but me cried, including my big burly husband who no one had ever seen shed a tear before! 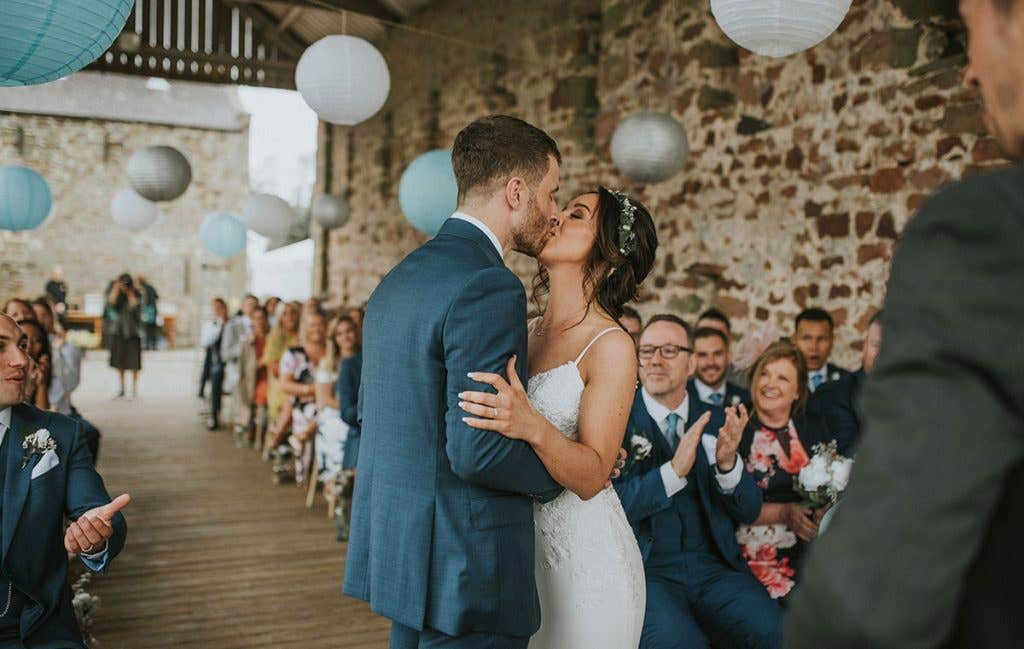 A little help from my friends

“My maid of honour did a beautiful reading that gives me goosebumps, even now. All the ceremony music, from the Hillsong Church we attend, was sung by Gabrielle, a close friend of mine. The only exception was our exit song, which Conor chose. It was a Toon Army (Newcastle United) football song, which the lads loved!” 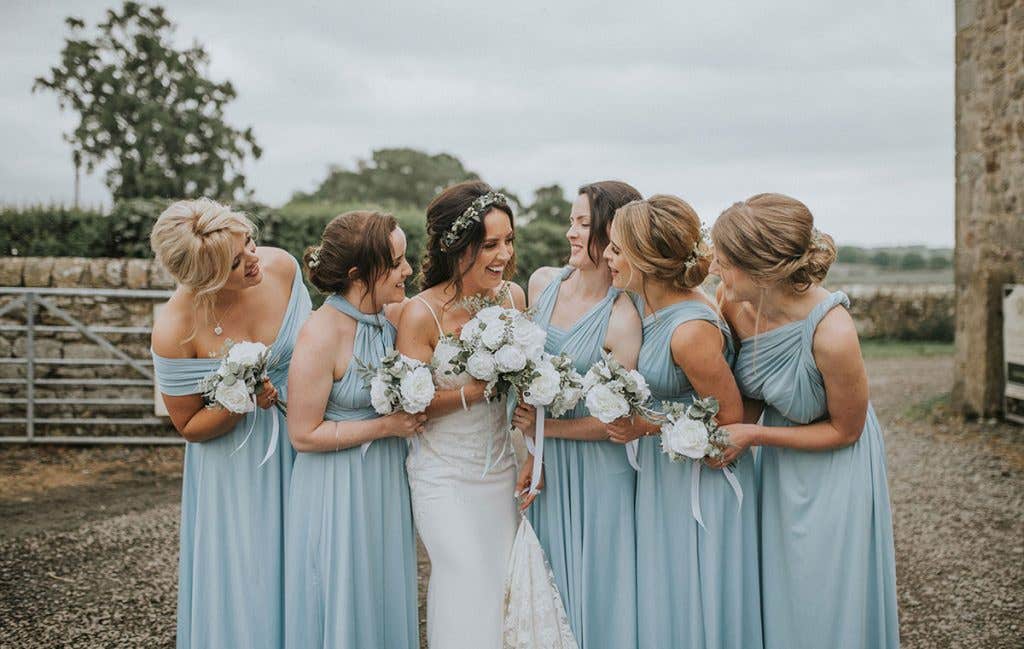 Later there were lawn games and cocktails, followed by dinner. “I’d collected props, frames and polaroids for a DIY photo booth,” says Elizabeth. “ There were also glitter pots and mirrors for a real festival vibe. The band were one of my biggest highlights too. I took a chance on a student busker I heard in Newcastle City centre. He got his mates together and they sounded incredible. A good day was had by all!” 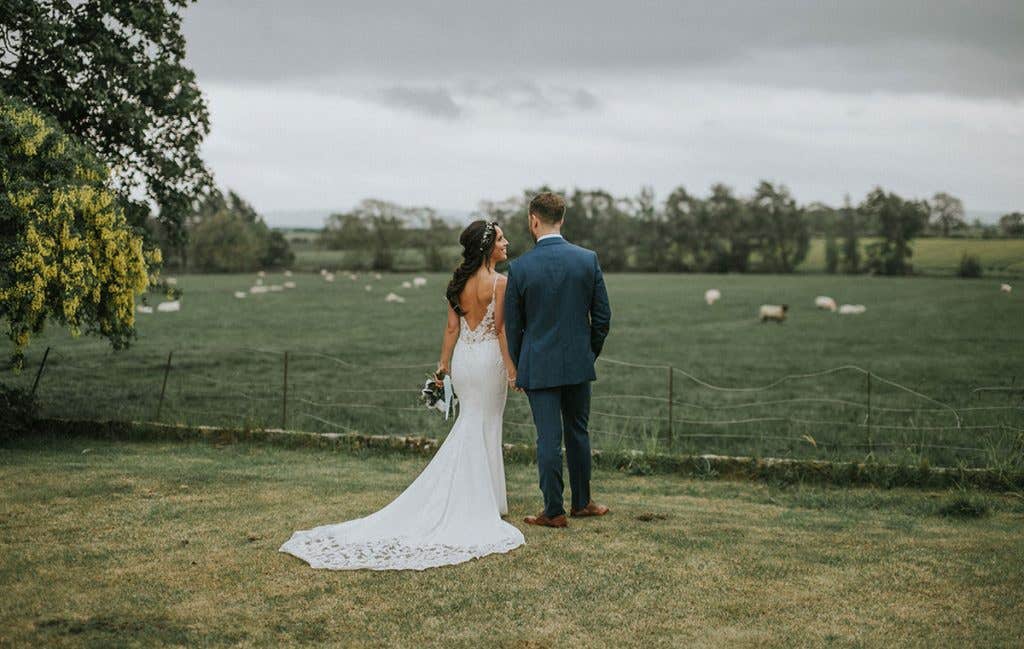