A beautiful manor house in the country was the perfect setting for this couple’s dream day. Our WED2B Real Weddings Southampton feature reveals more: Shannon and Clark first met at school and Clark proposed on their seventh anniversary. “He did...

A beautiful manor house in the country was the perfect setting for this couple’s dream day. Our WED2B Real Weddings Southampton feature reveals more:

Shannon and Clark first met at school and Clark proposed on their seventh anniversary. “He did the traditional thing of asking my Dad for permission, even taking him a bottle of Champagne to butter him up!” says Shannon. “We were out for dinner when he proposed and I was totally surprised. Although, as you can imagine, after nearly seven years I had been dropping some serious hints!” 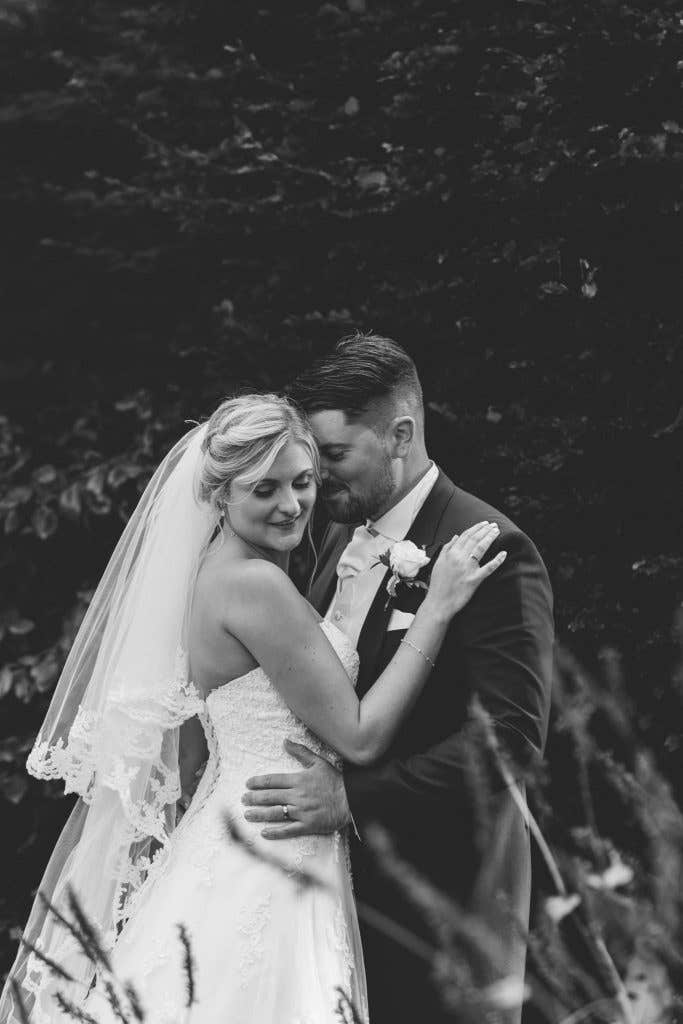 Shannon wore WED2B’s Laurel dress. “I instantly fell in love with it when I put it on and knew it was the one,” she says. “Nothing else compared. I loved the champagne colour and intricate lace pattern. I also bought a WED2B  veil that was a great match. The lace on the veil and the dress complimented each other perfectly!

“My store experience was amazing,” smiles Shannon. “The assistant at the Southampton store was lovely and really helped me with choosing and trying on various dresses. She made me feel relaxed and took the time to make it a memorable experience." 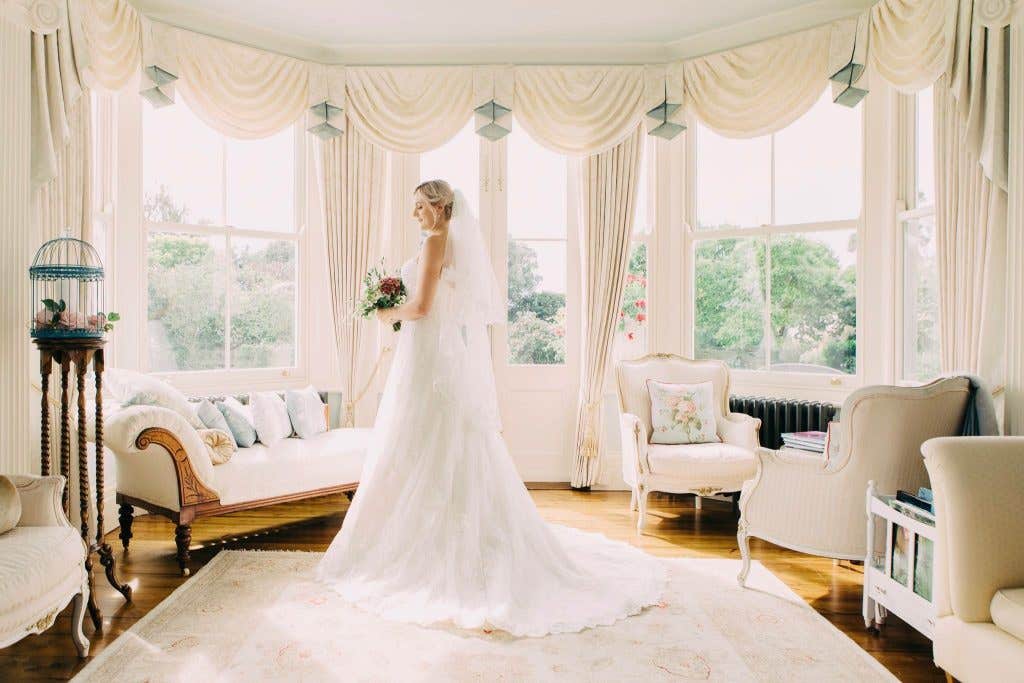 “I had three bridesmaids, Chloe, Carla and Hollie, and they wore WED2B Infinity dresses in blush, baby pink and nude pink. They also wore rose gold shoes and had baby’s-breath flowers weaved through plaits in their hair. They all looked stunning.” 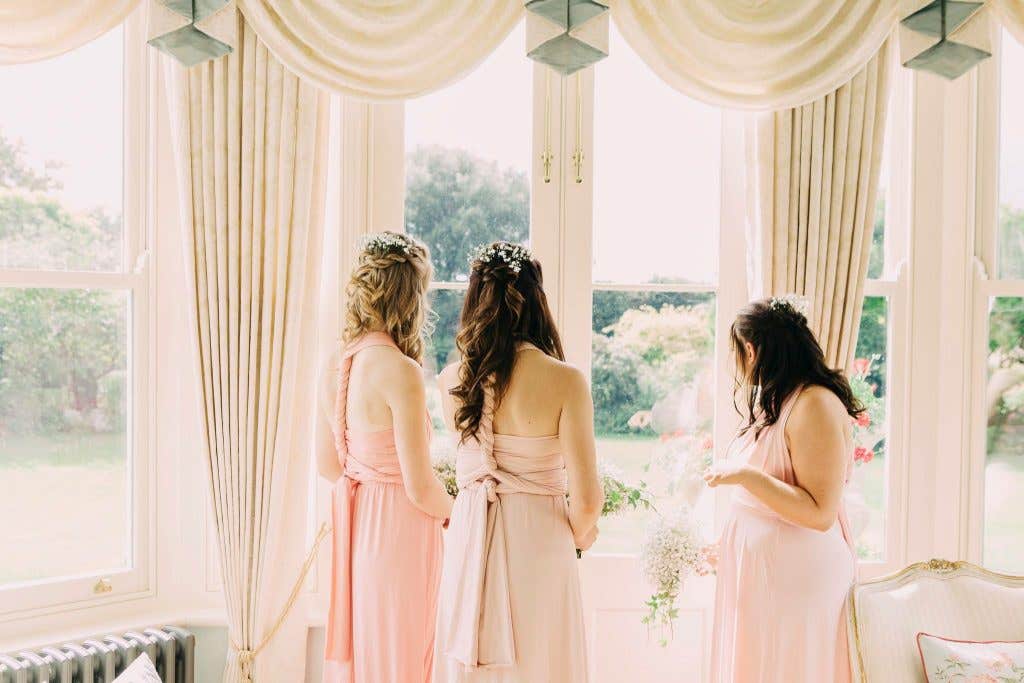 Parley Manor in Dorset was the setting for the big day. “I knew as soon as I saw it that it was the one,” says Shannon. “It’s a gorgeous manor house with acres of land and it took my breath away.” 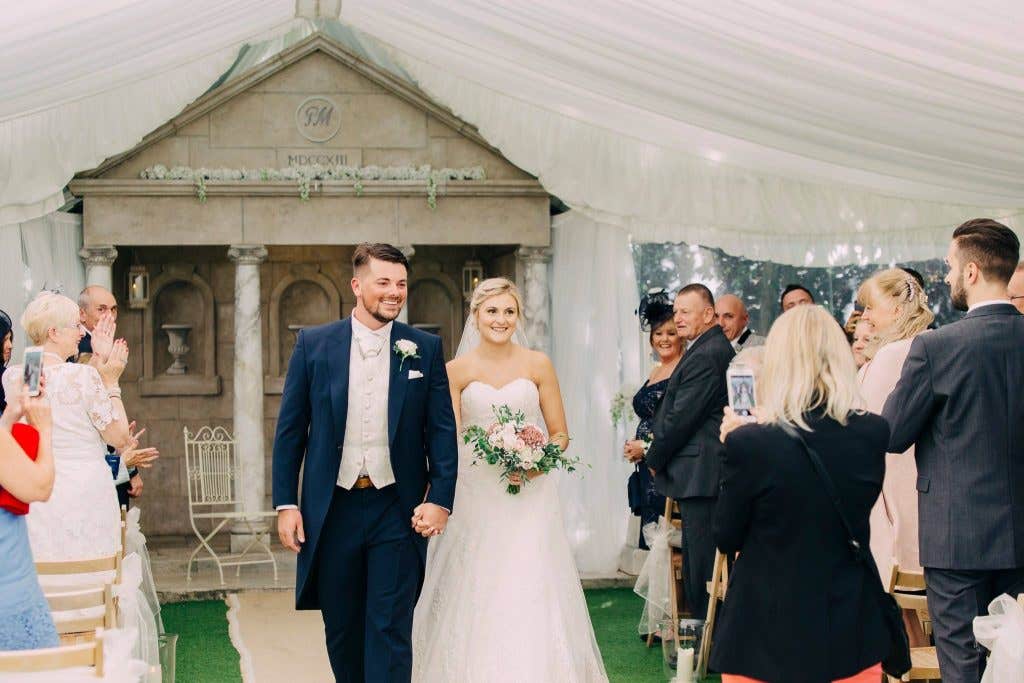 “Unfortunately, it rained a little as I walked down the aisle but I hear that’s good luck!" says Shannon. "We had a string quartet playing as I walked down with my dad, who was quite emotional. My mother-in-law gave a speech, which was beautiful and touching. The best moment was being pronounced husband and wife. It was so surreal.” 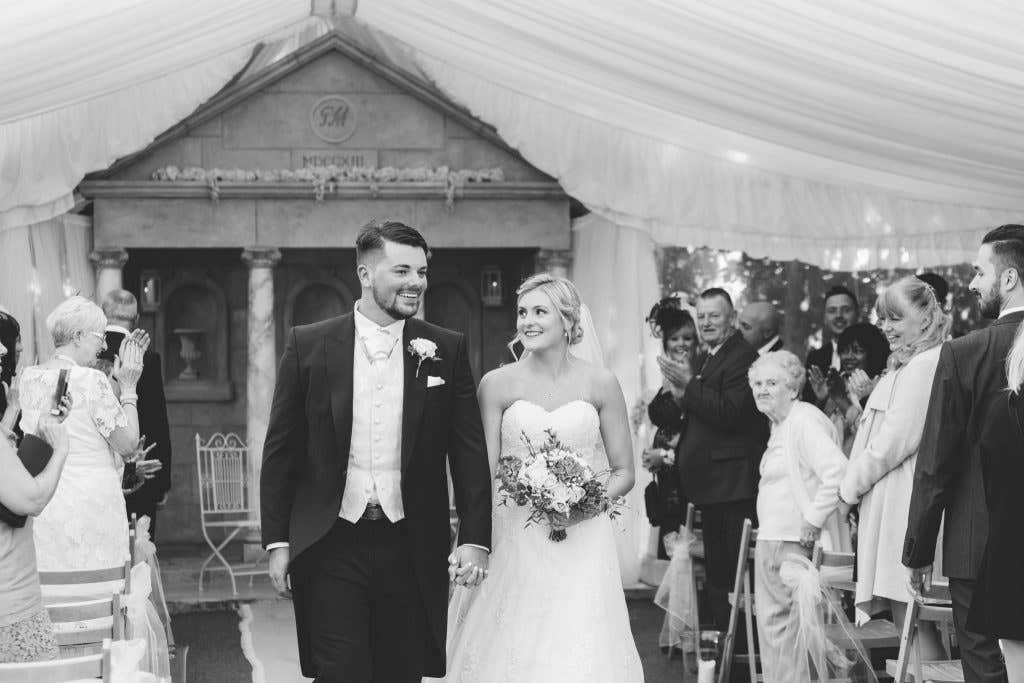 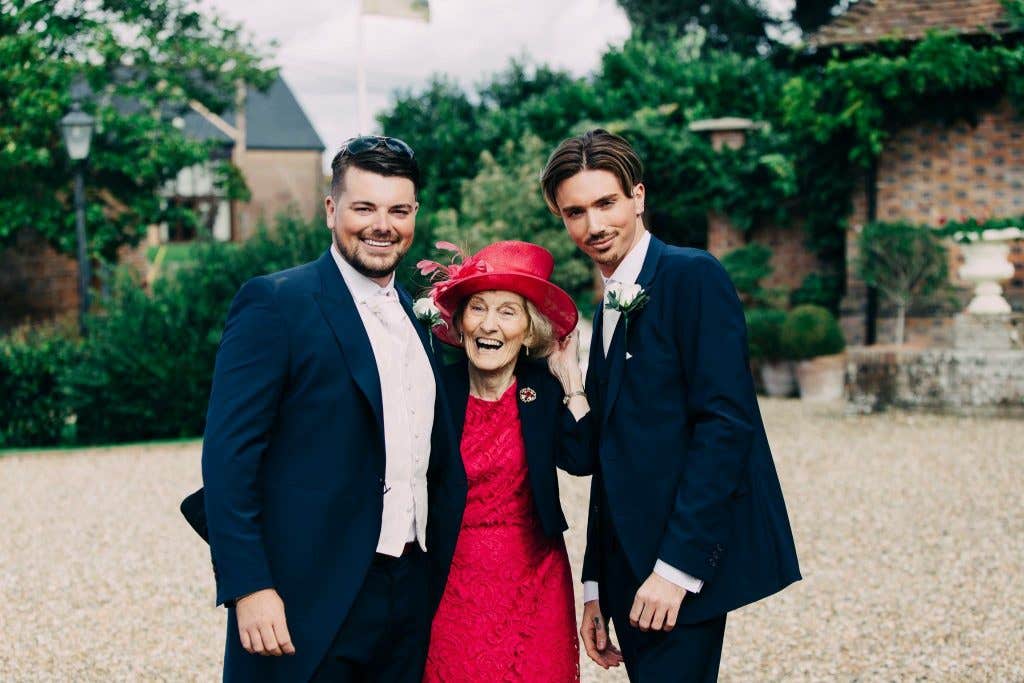 After the ceremony, there were photographs in the grounds and drinks on the lawn, accompanied by the string quartet. The newlyweds were then announced into the marquee for the wedding breakfast, which had been decorated with white lanterns and tall displays of pink and white flowers. 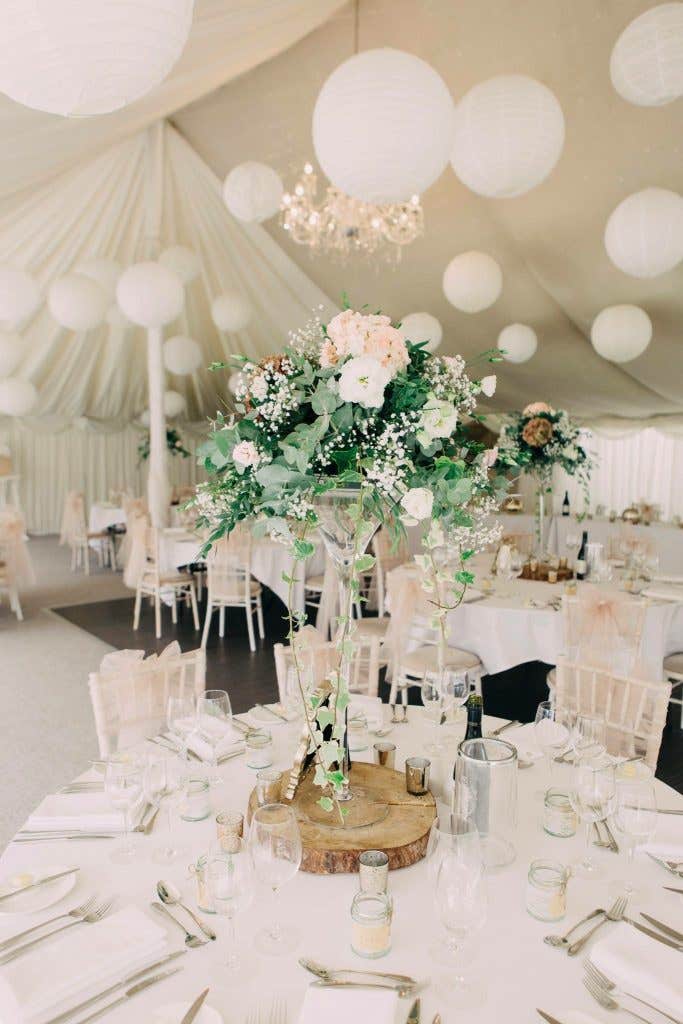 The semi-naked wedding cake had tiers of orange and pistachio, lime and lemon, and was decorated with fresh flowers.“The speeches followed the meal and the best man’s speech was amazing,” says Shannon. “He’s known us since we were both kids in school so it was really touching and meant a lot to us both.”

After the first dance, there was a disco and a hog roast. “I also had a photo booth, which had lots of props,” says Shannon. “One of the props was a police hat, which prompted the DJ to play ‘Hot Stuff’ from the Full Monty. My dad then decided to give every one his own rendition of this!” 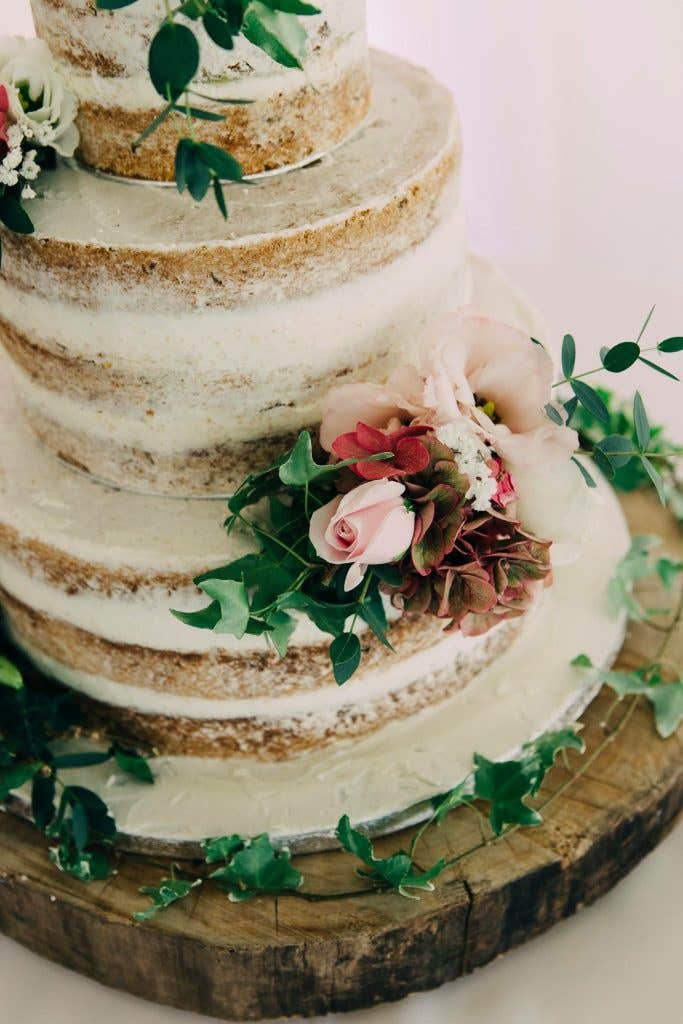 “If I could do it all again I would relax more and try to memorise everything,” says Shannon. “Generally though, there is nothing I would change!”

Did your wedding have the wow factor like our Real Weddings Southampton feature? If you would like to be a part of our real weddings feature send your favourite photo to info@wed2b.co.uk and we’ll be in touch!