Following a Halloween proposal, Lauren and Craig Jones said their vows at West Brewery in the heart of Glasgow. Our WED2B real weddings feature reveals more about their story: Lauren and Craig (known as ‘Jones’) met while they were at university in...

Following a Halloween proposal, Lauren and Craig Jones said their vows at West Brewery in the heart of Glasgow. Our WED2B real weddings feature reveals more about their story:

Lauren and Craig (known as ‘Jones’) met while they were at university in Glasgow. “On the first day of term our whole class went to an expensive sandwich place,” says Lauren. “Being students, Jones and I decided to head to Greggs instead for a more budget-friendly option!” 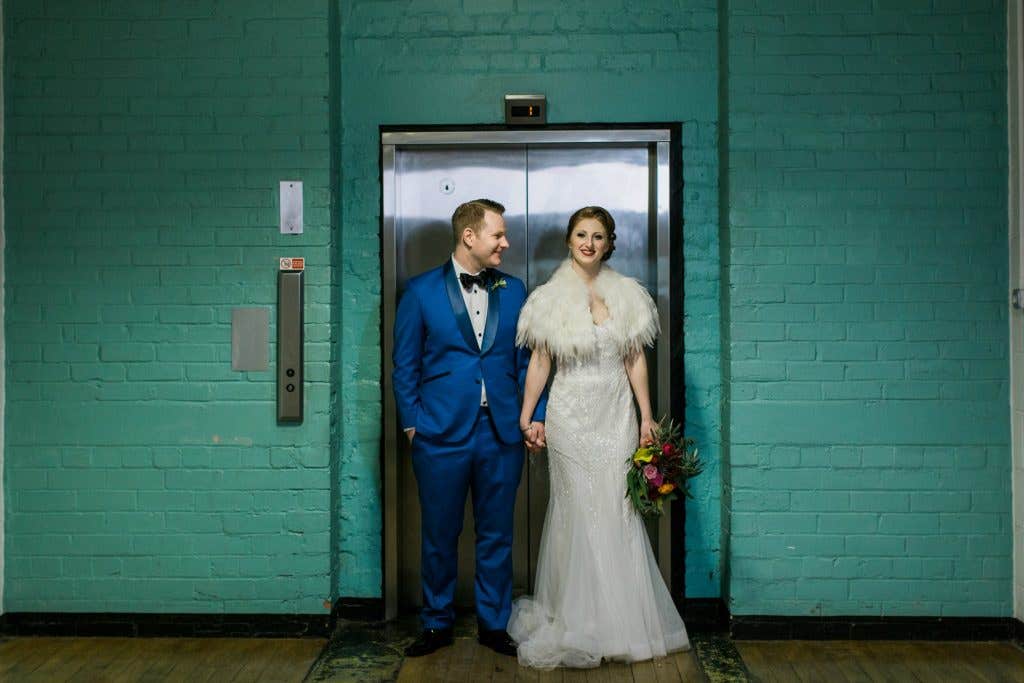 Jones put a lot of effort into the proposal. “He’d decorated the house for Halloween and on the day he bought me a quick lunch at the Greggs we’d been to when we met,” says Lauren. “We then went to The Pig and Butterfly pub where we’d had our first date but I was still none the wiser!"

When the couple got home they carved pumpkins, surrounded by Halloween candles. “Jones sent me to the kitchen and when I came back I found my ring hidden inside a pumpkin! He’d also set up Spotify to play my favourite song but when he pressed play the adverts came on as he hadn’t paid for a premium account! But it was lovely and private, the perfect proposal for me.”

WED2B bridal shop in Glasgow was the first place Lauren visited for her dress. “I tried on the Genesis gown and knew straight away it was what I wanted,” she's says. “The beading detail and the silhouette were exquisite. 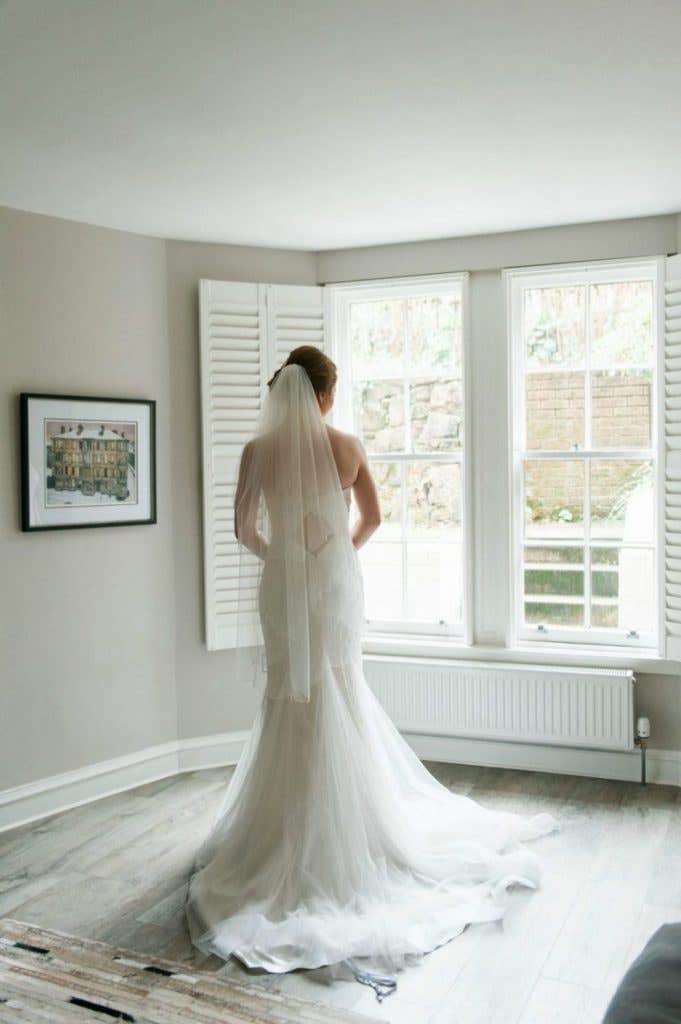 “I didn’t buy it straight away because my Mum persuaded me to try on some alternatives, but I couldn’t get it out of my head. The following week when I came back my size wasn’t available. The store assistant was wonderful and went above and beyond to help me. She phoned round all the other stores and, when she found my size, arranged for it to be sent up to WED2B in Glasgow. I really appreciated her help, it meant the world to me.”

Lauren also wore an elbow-length veil with drop crystals from WED2B. “The assistant suggested it and it complemented the dress so well,” she says. 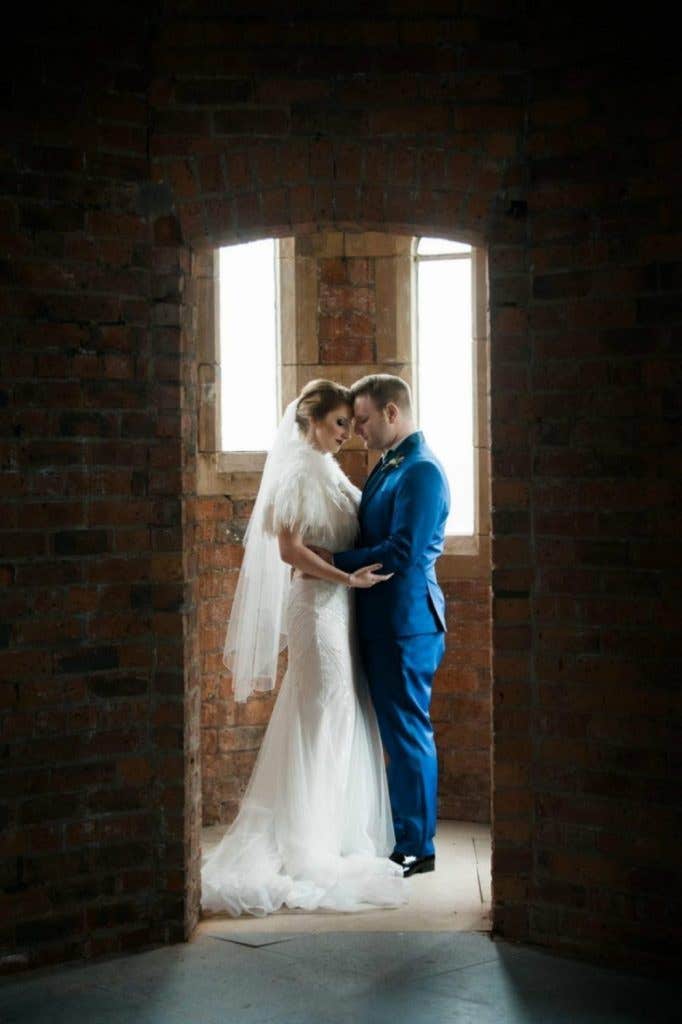 The venue was Glasgow’s West Brewery, an industrial space where the couple could introduce their own ideas. There wasn’t really a theme but Jones is a big fan of the show Friends, so table names began ‘The One With…’ like episodes of the show and the couple bought along their own Smeg fridge for the table plan. “We wanted it to look like we’d left notes for everyone!” says Lauren. The flower displays were full of bright colours to contrast with the industrial backdrop.

“If I could do it all again I would do it just the same, even the moment when we both cracked our heads together in front of the videographer” laughs Lauren. “That’s just us – pure calamity!” 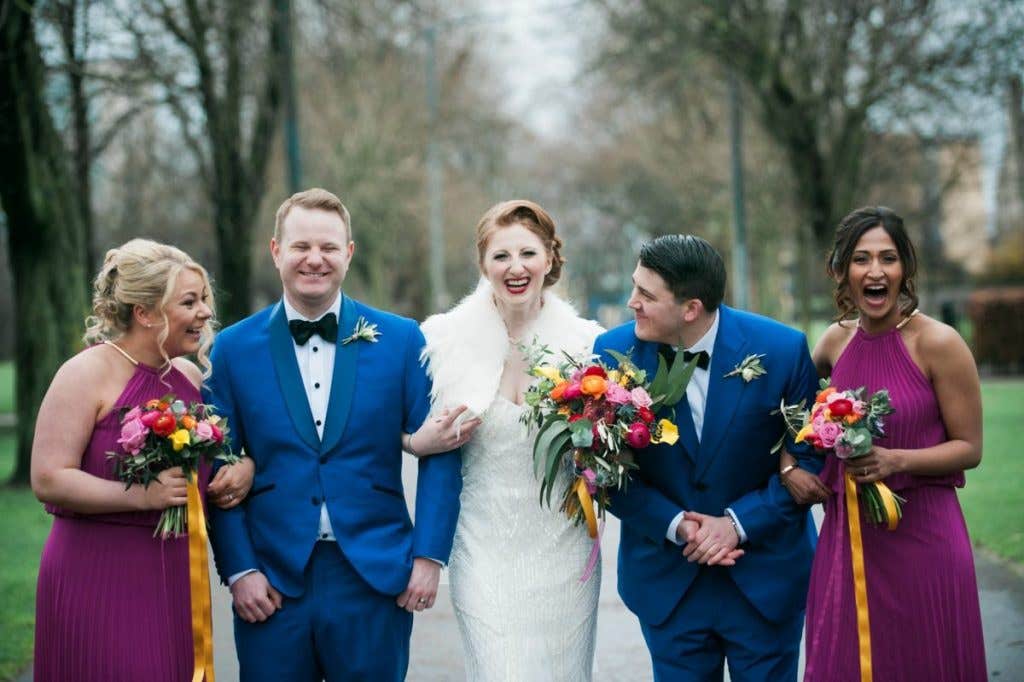