This happy couple eloped for an American wedding in the city that never sleeps. Our WED2B Real Weddings feature reveals more: Joanna and Karl met at work in 2013. “We went to a Frankie & Benny’s restaurant for our first...

This happy couple eloped for an American wedding in the city that never sleeps. Our WED2B Real Weddings feature reveals more:

Joanna and Karl met at work in 2013. “We went to a Frankie & Benny’s restaurant for our first date - classy!” laughs Joanna. “Karl proposed in Rome in 2017, when we’d been together for almost four years. We’d talked about getting engaged but I was still really surprised!” 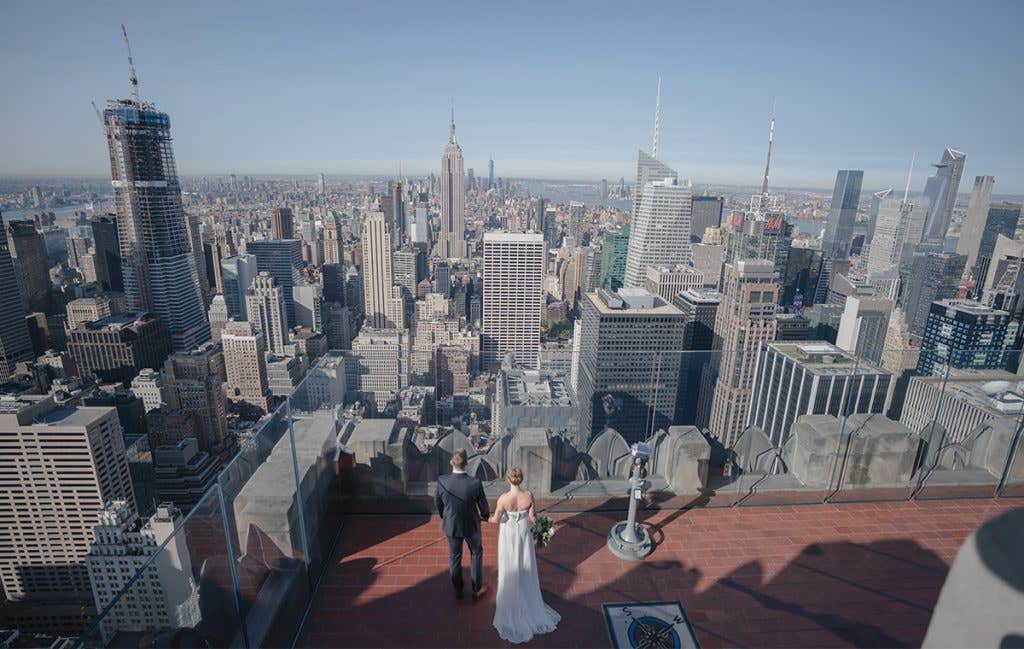 Joanna visited WED2B’s Liverpool store in February 2019, just three months before the wedding. “I visited on my own, which was daunting, but everyone in the store was so friendly,” she says. “All the staff helped me out a lot. I chose WED2B’s Sara dress, as I wanted something really clean and simple but not too plain. It was perfect for me and I really liked the sweetheart neckline. I also bought a belt that I had sewn on to the dress to add a bit of sparkle.” 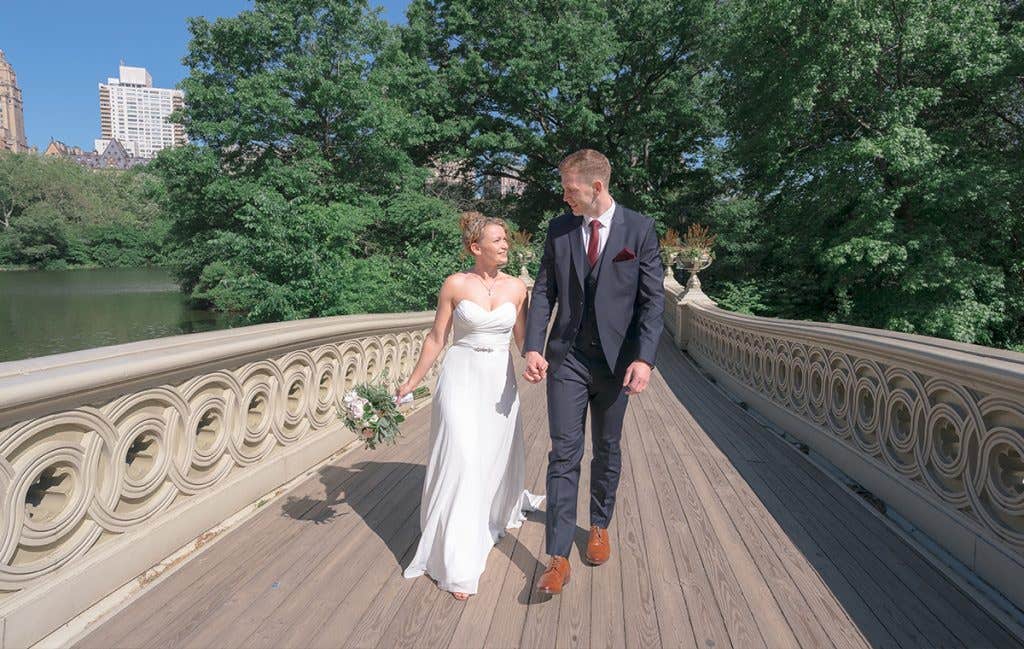 The couple eloped to New York for their big day. “We know that a lot of people wouldn’t want to elope for an American wedding, but we both hate being the centre of attention," says Joanna. "We also didn’t really want the stress or expense of organising a big wedding." 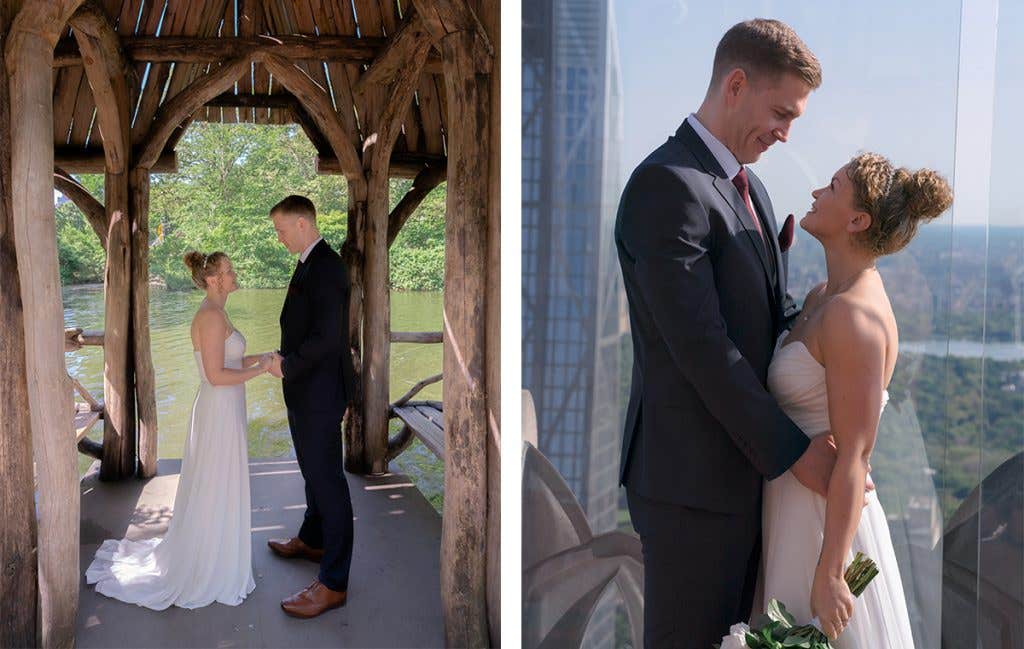 “We got up early and had photos taken at Top of the Rock when it opened at 8am,” says Joanna. “From there, we went to Central Park for our ceremony." The ceremony was held at Wagner Cove in Central Park. “You wouldn’t believe that such a private place exists in the heart of NYC,” says Joanna. “We chose it without seeing it in person, but we loved it when we arrived on the day.” 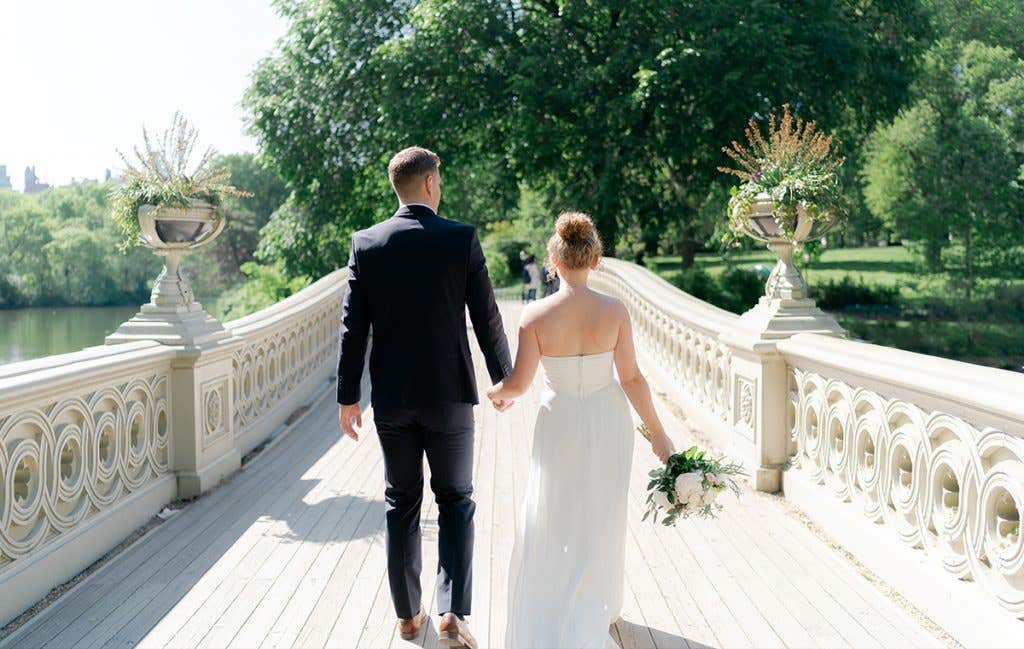 An intimate ceremony in Central Park

The wedding day was the 22nd May 2019. “One of the most memorable moments was arriving at Wagner Cove and seeing how peaceful and quiet it was,” says Joanna. “It was a gamble getting married somewhere we hadn’t seen before, but it was perfect. Our ceremony was short and sweet but still really meaningful, and just what we wanted. One of our favourite memories is walking around Central Park afterwards and so many people congratulating us!” 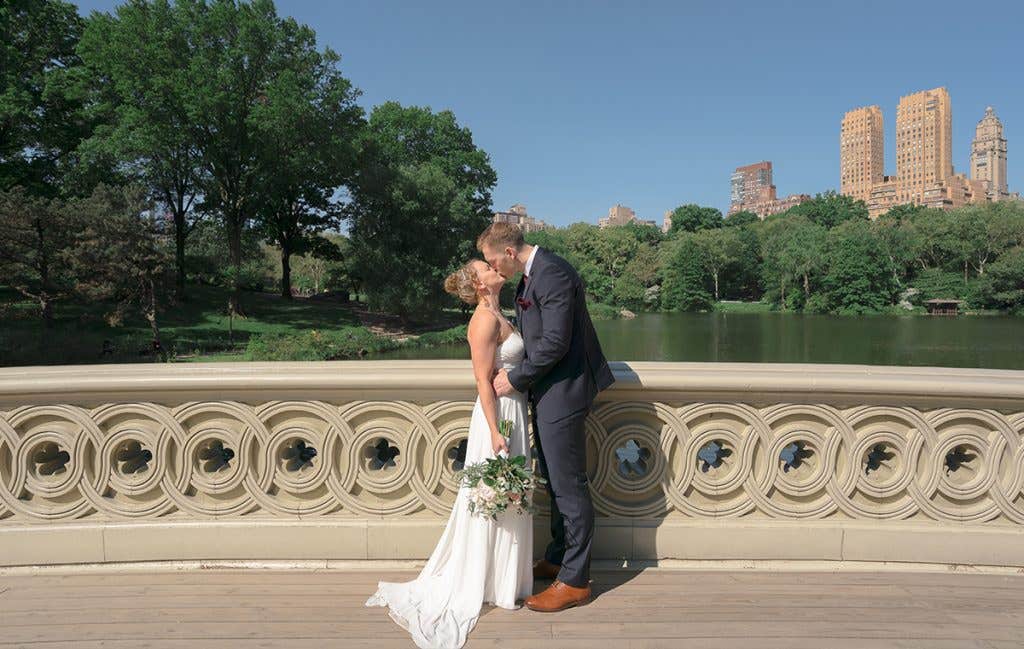 The newlyweds then spent the rest of the day enjoying their first day as a married couple. “We headed back to Central Park later in the day, followed by a meal at one of our favourite restaurants,” says Joanna. “It was really relaxed.”

“We were so surprised at the amount of people who congratulated us throughout the day,” says Joanna. “Anything goes in New York, yet so many people took photos of us and wanted to share the day with us, which made it even more special. Walking around New York as a bride and groom… it doesn’t get much better than that!” 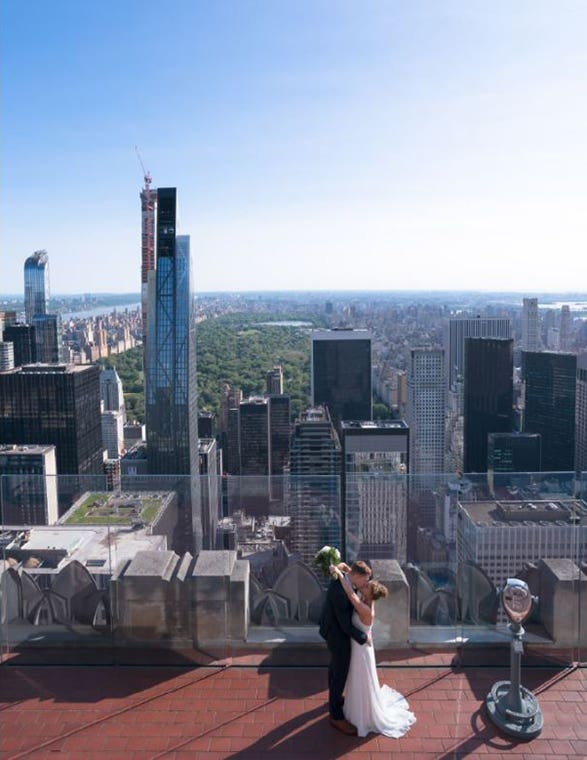 “We can’t think of anything we’d change about our day, it was perfect for us,” she says. “If we could give other couples any advice, we’d tell them to do what they want to do. It’s your day, after all!”

Did your wedding have the wow factor like our American wedding? If you would like your big day to be one of our real weddings send your favourite photo to info@wed2b.co.uk and we’ll be in touch!